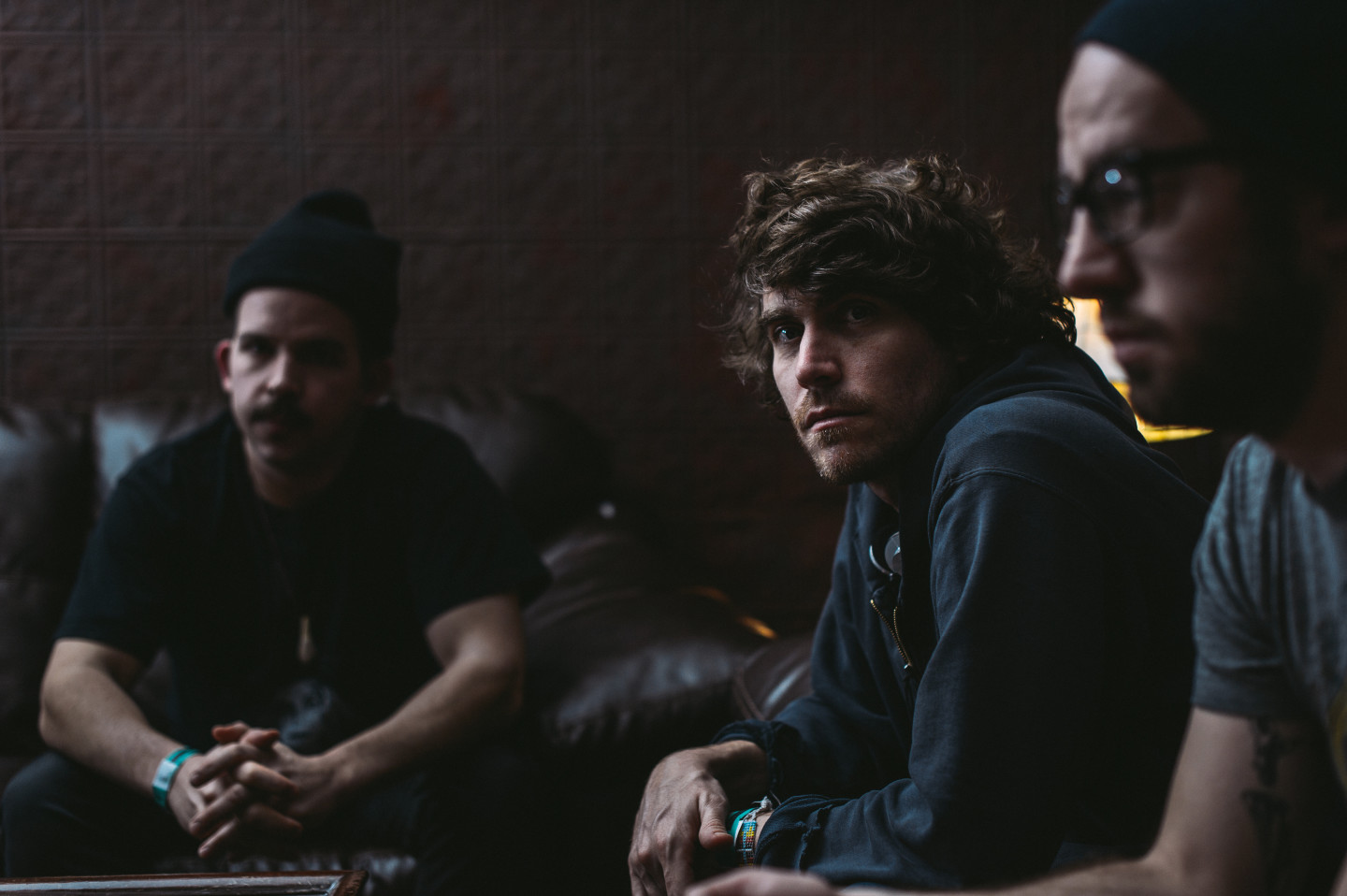 Hurricane Sandy wasn’t kind to Bear in Heaven’s travel plans, so they swung through Chicago on a blustery Wednesday night for a make-up show. It seems like a storm’s been nagging them every time they set foot in this town. In August, they took the stage at Lollapalooza just before a sudden storm kicked every last pre-teen in a tank top out of Grant Park. Now came another dramatic weather event on the band’s heels in Chicago.

This isn’t thematically irrelevant. If you’ve ever heard a Bear in Heaven track, you know it’s not just music you listen to while folding the laundry. Nearly every track off of I Love You, It’s Cool washes over your eardrums like the superstorms they outrun. The guys (Jon, Adam and Jason) stack all sorts of electronic buzzes, blankets and booms on top of airtight percussion and top it all off with Jon’s slow, driving and ethereal vocal styles to whip up one hell of a musical pizza.

I’m using a lot of metaphors here because there’s very few words that can capture their unique sound—one the band has spent about a decade refining. So sitting down with this perplexing trio on an altogether shitty Wednesday night left me short on concrete expectations. Would they be soft-spoken, melancholy assholes? Lively, rambunctious hipsters straight outta’ Brooklyn? Jaded music veterans of an underground scene?

Clearly bent on frustrating this writer, they were none of these types at the same time they were all of them (except the “assholes” part – they were fantastically nice).

At every step of their development, Bear In Heaven has maintained a sense of stylistic subversion by thwarting any expectations. Similarly, with every question I posed to the group, they maintained a cohesive-yet-disparate worldview.

“What do you guys think about music streaming services like Spotify?” I asked. Adam had a strong distaste for them. “Back in the day, we used to trade new albums all the time,” he said. Spotify has become a lot of fans’ main channel for music listening and has reignited that “ADD culture of music.” Oh, also: nobody makes any money.

Jon agreed with Adam, but showed a differing view as well, feeling that there was some value to the kinds of exposure lower- and middle-tiered bands receive through music streaming (especially Pandora) So, actually, they kind of disagreed. But there was no ensuing argument, either.

These are the dynamics that seem to exist in the band. They’re Georgia boys, home to so much great rock music, who moved to Brooklyn, home to so much indie music (and more). They’re fun-loving guys but goddamn do they get introspective in their sprawling songwriting.

I mean, these are dudes who clearly enjoy the finer and the less-than-finer things in live in the same moment. In town during the Lollapalooza weekend (Adam lamented they’ve been across a stretch of highway in Indiana to get here so many times, they accidentally wind up at the same shitty rest stop), the band managed to squeeze in an architecture boat tour and a trip up the Hancock Building amidst the weekend’s debauchery and shenanigans. Classy, indeed.

Everything they do seems to exist in tension with themselves, and yet it still all works together. In this way, they embody New York City itself.

There’s so much going on in the Bear In Heaven hive mind that a bystander could easily forget the band has been at this game for ten long years that has seen a handful of band members come and go. Still, their creative integrity and identity persists. As we talked, I couldn’t help but imagine this was primarily due to their sheer and ferocious curiosity and drive.

The band is surrounded by points of fascination and inspiration in NYC. “We see Blonde Redhead all the time,” notes Jon—they work in adjacent practice spaces. And they were explosive on the subject of the Big Apple, laden with oddities, art galleries and every single kind of person you can likely imagine. All of this is invisible without the trained eye of someone who actively seeks out the weirdness of the world, but these guys do just that—and it reflects in their music.

Bear In Heaven writes music together. “Don’t say no because you might be wrong,” says Jon about their writing process. “We are kinda [communist],” Adam notes in agreement, regardless of their politics. They bring riffs, jams, words, ideas to the table and see where it goes. And there you have the secret sauce. Commie songwriting + always finding inspiration + a love for seemingly every music genre = the eternally perplexing Bear in Heaven.

Go listen to them immediately if you like a little thoughtfulness tossed into your fresh jams. Despite existing in a thousand mental places at once, these guys come together to form one hell of a cohesive experience.

Own a printed photo from this interview, Click Here!

Bear In Heaven at Lollapalooza 2012

Blondfire at The Cubby Bear