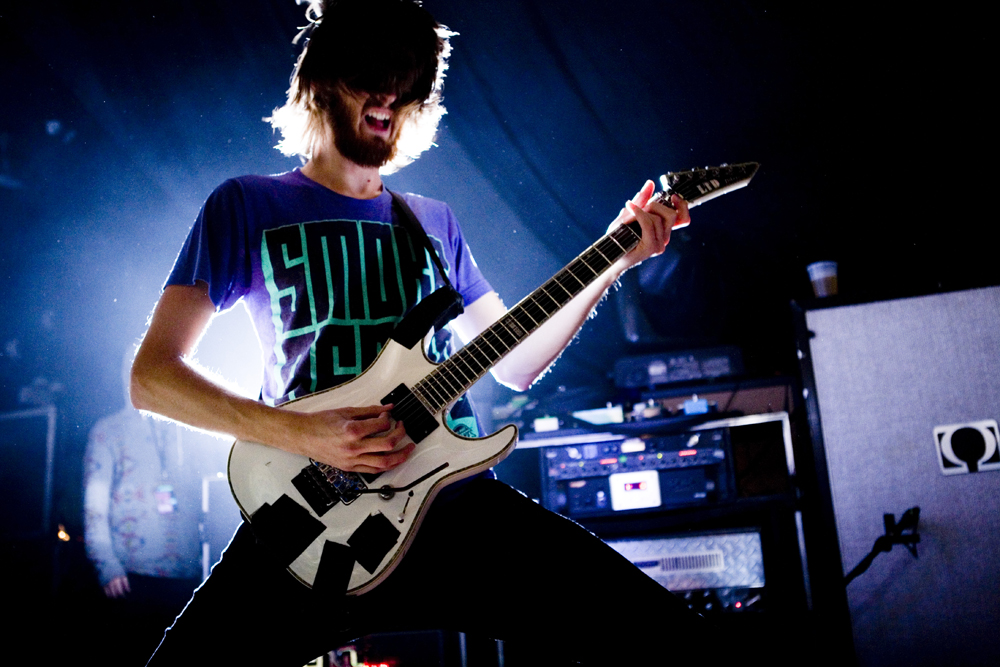 iwrestledabearonce at House of Blues Chicago

It takes a certain kind of person to like iwrestledabearonce. You have to be willing to separate the part of your brain that tells your eardrums to start bleeding from the rest of your body. If you can’t do that, you better have earplugs because if you don’t you’re not going to be able to hear yourself think twenty minutes in.

The thing about iwrestledabearonce is that they don’t really have a thing. They so desperately try to avoid categorization that the constant genre-bending comes across as spastic. At times it’s operatic. At others, it’s psychotic. Sometimes, it’s even beautiful. What’s even more curious is that this constantly shifting sonic calamity generally happens a few times in one three minute window. You don’t have time to make a decision about whether or not you love it or hate it before the slow thump of guitars, bass and drums gets replaced with thrash metal and screaming you’d normally call the cops about.

What’s important to keep in mind though is that you have to be ridiculously talented to pull off something half as impressive as this iwrestledabearonce performance. Krysta Cameron can go from a scream that would make Tom Araya jealous to a harmony that would leave Amy Lee unemployed faster than you can do, well, just about anything. Surround her with a very capable cast of supporting characters on the strings and sticks and an untethered, chaotic sort of magic happens. It’s not for everyone, and it’s not music you’d want to knock boots to. What it is is music with a pulse that might be a little outside of your normal comfort zone that will get your blood pumping, your fists flying and your brain rattling. Even if that doesn’t sound like your cup of tea, go see them. It takes a talented group of people to do in an entire album what iwrestledabearonce does in one song, and as long as you can appreciate talent, you’ll be blown away.