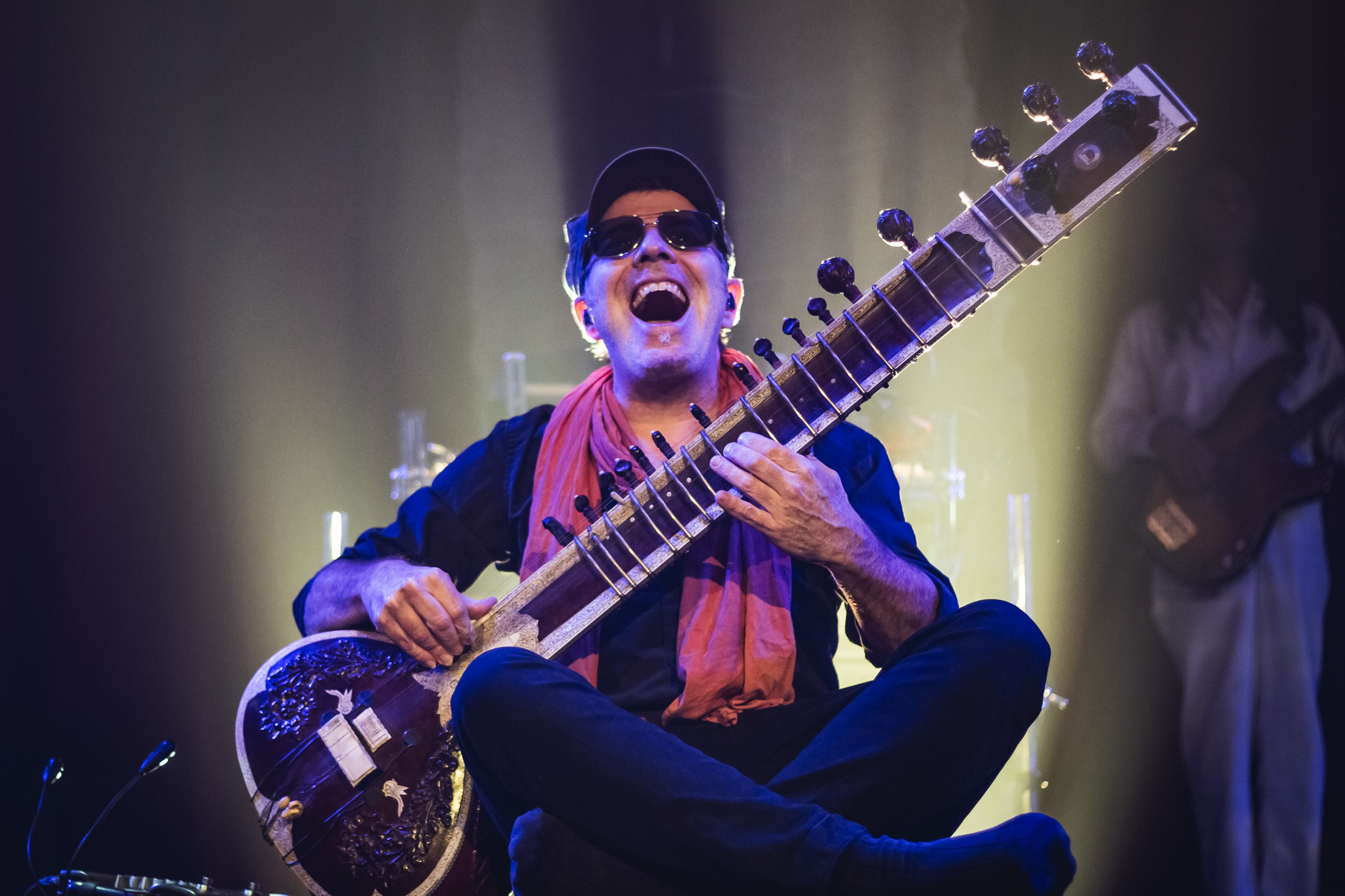 Although they’re known as simply an electronic duo, it’s easy to say, Thievery Corporation is so much more and has been for over 20 years now. Describing them as electronic seems to be an oversimplification by all accounts and to consider them a duo is just some bad math at work. While it’s true Rob Garza and Eric Hilton have been the brain trust all these years, Thievery functions more like a collective. They’re a rotating cast of creatives making their own brand of music that’s as danceable as it is genre-less. The Thieves have thrived on the fringes of popular music and produce something along the lines of a soulful-oceanscaped-jungle-funk filled with guitar riffs over hip-hop beats and it was all on full display last week for two shows at Chicago’s House of Blues.

Their presence was felt immediately on Wednesday night as they opened their two hour, 21 song set with the precision and command of a collegiate marching band. Wicked drum hits and percussion fills set the tone while a sitar sat center stage, filling the venue with a heavy middle eastern rhythm that had the crowd moving their hips even before every musician had settled into place. What would follow was similar in spirit but not in sound as Thievery shifted gears every track. Instrumental space funk one moment to straight rock steady the next, throw in some high-energy hip-hop for good measure and go back again. It was a complicated set with one simple goal — make’m dance.

Garza and Hilton have always worked with a variety of artists and they have plenty tagging along on this tour in support of their latest album, 2018’s Treasures from the Temple. Filled with remixes, added verses, and new guests, the record serves as a companion piece to their previous effort, 2017’s The Temple of I & I and it was refreshing to have so many of the players from both records on stage all at once. From those playing in the band like Hash and Jeff Franca, to those front and center like Mr. Lif and Loulou Ghelichkhani, Thievery made the most of their presence too, as every song featured a different lead vocalist and/or line-up. What began as a five member cast, quickly morphed into eight and then, by encore time, there were at least 11 musicians filling the stage for an intense yet uplifting version of “Warning Shots.”

The night moved as fast as the band’s lineup rotated and the ensemble moved quickly from song to song, playing most of their latest recordings while still mixing in some of the classics. Thievery has a deep discography, so there were several “oh yeah” moments when they’d start in on a hit from years back. “Revolution Solution,” which featured Perry Farrell back in 2004, and 2000’s “Lebanese Blonde” were both revisited and updated during the final encore. They even took the time to introduce the band, which proved to be just the breather the crowd needed before “The Richest Man in Babylon” finished off the set. Thievery Corporation certainly is well-honed and their performances are a testament to collaboration, instrumentation, and positivity. Not bad at all for an electronic duo.

Check out one of their newest jams, San San Rock: