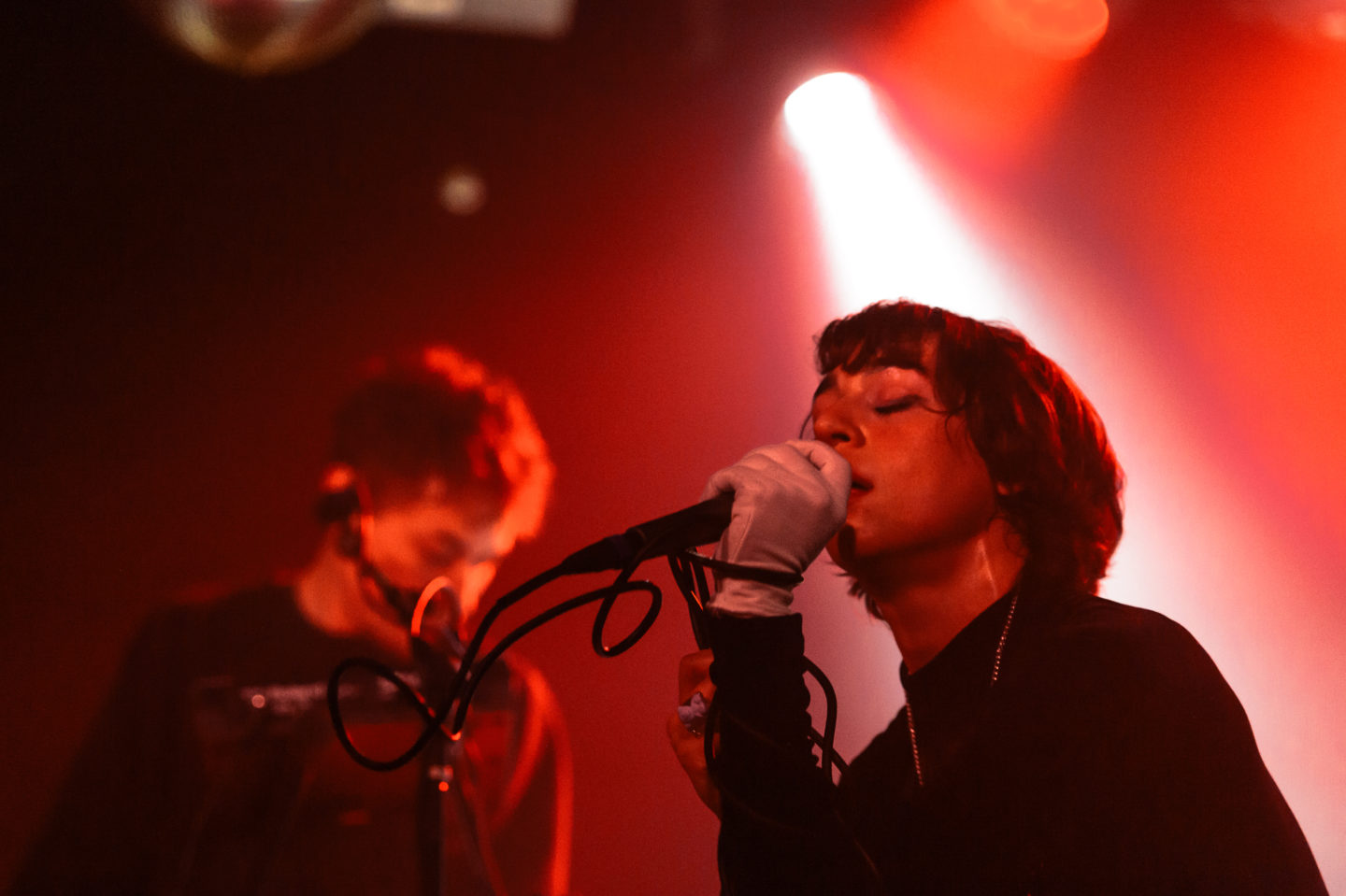 Jackie Cohen at The Moroccan Lounge

I love going to shows where I have absolutely no expectations; when I’ve never listened to an artist and don’t even know what they look like. So when I arrived at the Moroccan Lounge around 9:30 PM to see Jackie Cohen open for Diane Coffee’s late show, I was excited to see what she was all about.

a mix between an ’80s synth and bubblegum pop, in the best way

Jackie Cohen’s set opened with a bright electronic pop melody — a mix between an ’80s synth and bubblegum pop, in the best way — as she walked on stage wearing what appeared to be a vintage ice skating costume, also in the best way. I instantly knew this would be a show I’d enjoy, but I didn’t know what a funky and unique performance it would be. Cohen’s style is quirky and fun, with exaggerated dance moves as punchy as her vocals.

Cohen is backed up by her partner Jonathan Rado (of Foxygen and many other projects) on instrumentals and their chemistry is clear. But despite their flow, Cohen commands the stage on her own with a bold range of vocals and fierce choreography that falls somewhere between theater and Jazzercise. She is petite but certainly commanded an outsized energy through her set.

A hybrid of a typical concert and a performing arts piece.

The thing that came through her show the most was how much fun she has as a performer. At one point during the show she started a song over because her best friend was in the front row singing along, just a little too loud. Later in the set, Shaun Fleming jumped in for a duet. It almost felt like we were in on a really polished rehearsal, rather than a formal show where there’s an unspoken barrier between the stage and the crowd. I think that kind of environment helps the audience have more fun too. Or at least, I have more fun when I feel like I’m just watching a performer having fun. The fun is what live music is all about anyways, isn’t it?

Diane Coffee at The Moroccan Lounge

a truly special for everyone in attendance