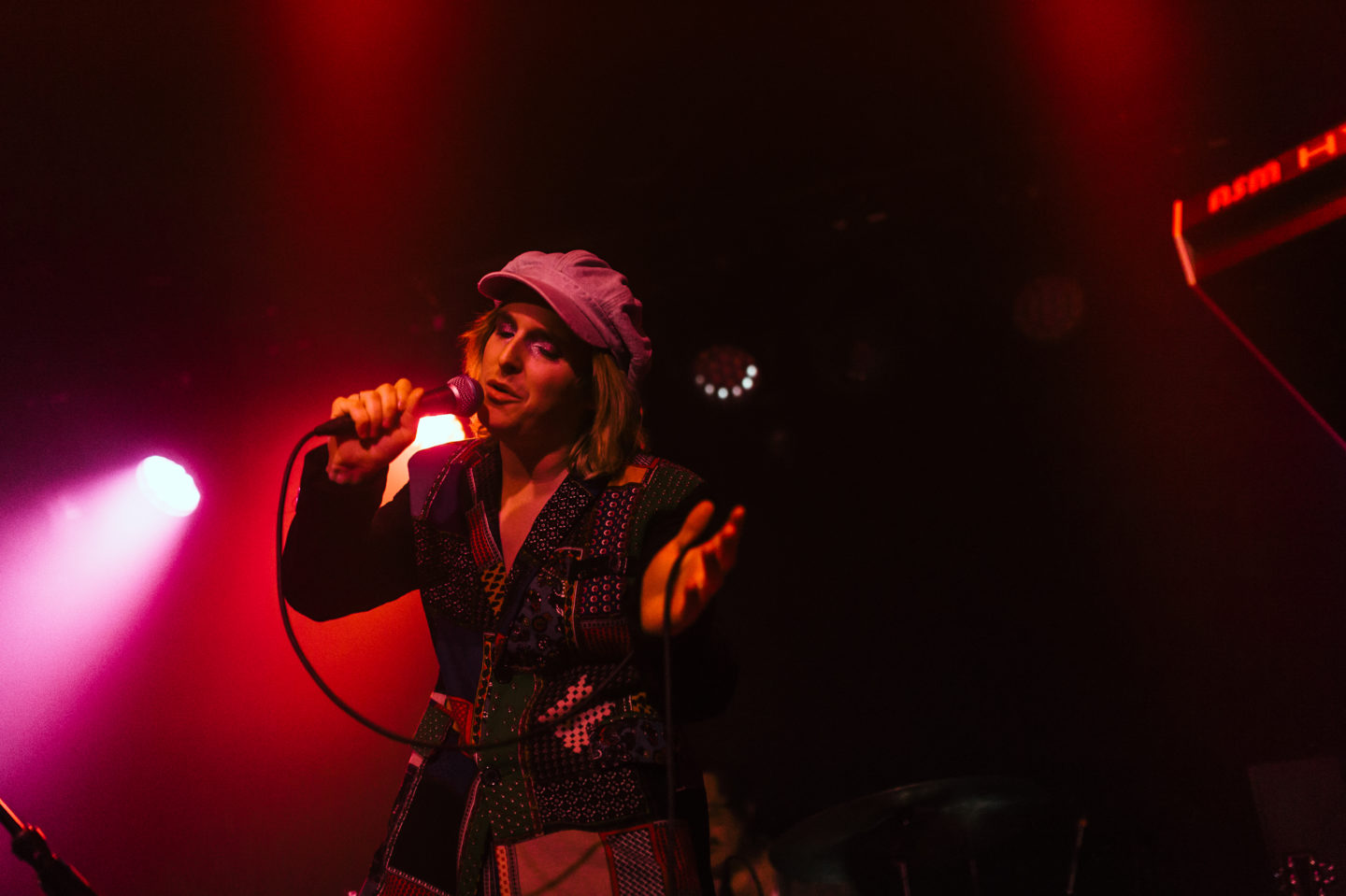 Diane Coffee at The Moroccan Lounge

Late nights are not my thing. After 2 years cocooning in a cozy bed, it takes a lot of energy to keep me out past 10, let alone attending a show that STARTS after 10. I’m glad I made this self-imposed curfew exception to see Diane Coffee’s final stop of their West Coast tour. Building off the energy from opener Jackie Cohen, I was hyped up by the time Shaun Fleming and his band took the stage.

From the first note, they delivered.

The first 3 tracks of Diane Coffee’s show were filled with fun and dancing, as sparkling as Fleming’s iconic glittery boots. They mixed old favorites with tracks from their very recent new release, playing my favorite, “The Great Escape.”

Fleming then gave us a little bit of a vibe shift, sharing the story behind his more downtempo track, “Song for David,” which he wrote for a friend. As the show went on, he connected with the crowd sharing deep, personal stories behind the music, while still lightening the mood with his relatable sense of humor. As the band moved into “Hollywood,” he shared the irony of moving back to LA after 12 years, only to find that his LA-based manager was leaving the industry.

Throughout the show Fleming and his band joked and interacted with us as the audience intermittently shouted their love and support for Shaun. The show truly felt like we were among friends, hanging out and watching a great jam session. Cohen popped back in for a duet during “Forecast” (originally recorded with artist Deep Sea Diver), and it was so much fun to see her vibe onstage with Fleming once again. But the real treat was hearing the back story behind the song “Corrina From Colina” – a true story inspired by a middle school rumor gone wrong, resulting in an accidental backyard fire.

You just don’t get this fun color listening to an album alone!

Fleming’s live performance itself is great and full of character, but to me the character found in live music is that glimpse you get into whatever the artist is willing to share about their music. And Fleming brought so much personality and connection into the show, making it truly special for everyone in attendance.

Despite a melancholy stretch of sad songs throughout the middle of the show (which Fleming jokingly called out, making fun of his own setlist), the show ended with as much energy, if not more than when it started. Closing out the show with “I Dig You,” and giving us “Mayflower” as an encore, Diane Coffee made me forget it was way past my preferred bedtime by the time the show wrapped up. This show certainly set the bar for what’s worth staying out late.

Opening our hearts and minds while shocking our senses

Jackie Cohen at The Moroccan Lounge

somewhere between theater and Jazzercise