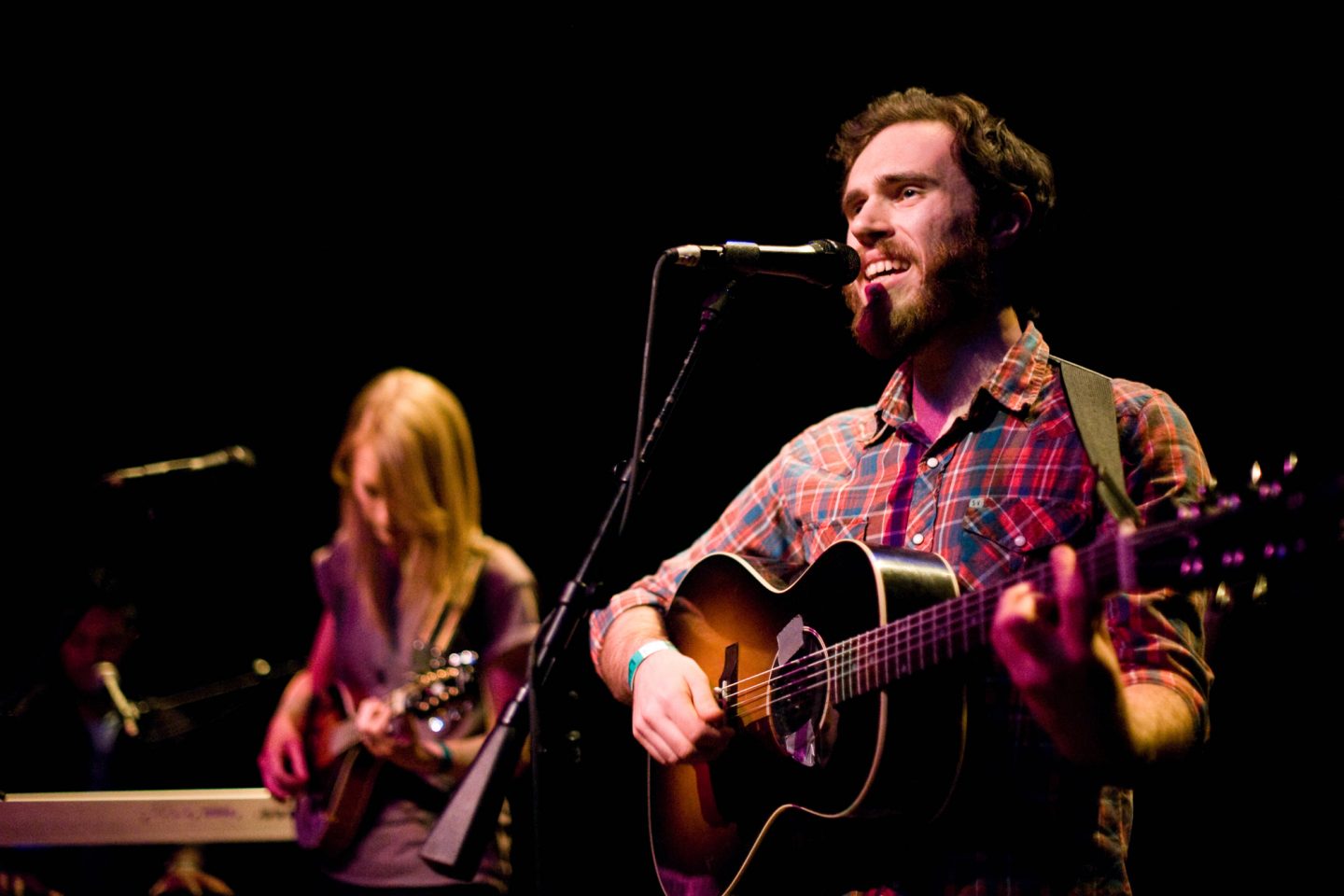 Join the tenderness of Bon Iver with the calm passion of Ray LaMontagne and you would have much of the essence of Irish singer/songwriter James Vincent McMorrow. He took Lincoln Hall’s stage as an opener for Rural Alberta Advantage, but left the crowd wanting more as if he were the headliner.

McMorrow opened the set by coming on stage alone before his touring band joined him for the next song. This choice very much mirrored the way his record Early in the Morning was made; it began with him recording songs in solitude for six months and all other layers of music came later. While acoustic solos are forever endearing, his entourage of musicians really fueled songs with power. “From the Woods!!” began with subdued hushed melodies that built up to a rowdy celebration of sound that was exalted by James’ vocals and laced with a folky banjo twang. In contrast, a song like “Breaking Hearts” stood out for it’s gorgeous and restrained simplicity which allows for the lyrics to really register. James sang, “See, I’ve been breaking hearts for far too long; loving you for far too long; making plans for far too long… When I need the shelter, I’ll know just who to call.”

It may be the mark of a truly talented singer/songwriter when so many words they’ve chosen stand out as part of the experience. Many lyrics managed to make statements while breathing in perfect balance with well crafted chords from one song to the next. For “We Don’t Eat” fans sang along to “I’d remember all the things my mother wrote. That we don’t eat until your father’s at the table. We don’t drink until the devil’s turned to dust.”

Perhaps the best example of the lyrics shining during this great performance was in the crescendo of “If I Had a Boat”. McMorrow exclaimed the closing lyrics of this song with an impassioned force that could compete with memorable speeches in history. “Once I had a dream. Once I had a hope. That was yesterday. Not so long ago. This is not the end. This is just the world. Such a foolish thing. Such an honest girl.” Cue goosebumps and quickened heart rate right about there.

Invigorating music chills made another appearance for his closing song, “Red Dust”, which we can expect to be on his next record. He sang, “Sometimes my hands, they don’t feel like my own. I need someone to love and someone to hold.” After songs about breaking hearts and dying dreams, this one seems like it may appropriately be the start of a new chapter.

The end of his show was like going to Disney as a kid and not wanting the theme park to close at night. The crowd literally started booing when he said it was his last song. You could tell he was flattered and amused, remarking that they were supposed to be glad he was leaving so the headlining band could come on next. For a musician, there can’t be many compliments larger than an audience being sad to see you rest your guitar.

What’s memorable about McMorrow’s music overall is that he’s simultaneously gentle and striking. There is a benevolent strength about him on stage. You may find yourself wanting to revere him and comfort him at the same time. Although this was his final U.S. show after a mini tour of the States, he will be returning to America later this year. Mark your calendars for when the leaves start to fall and he will no doubt leave us breathless once more.

You can also read our interview with James Vincent McMorrow here.