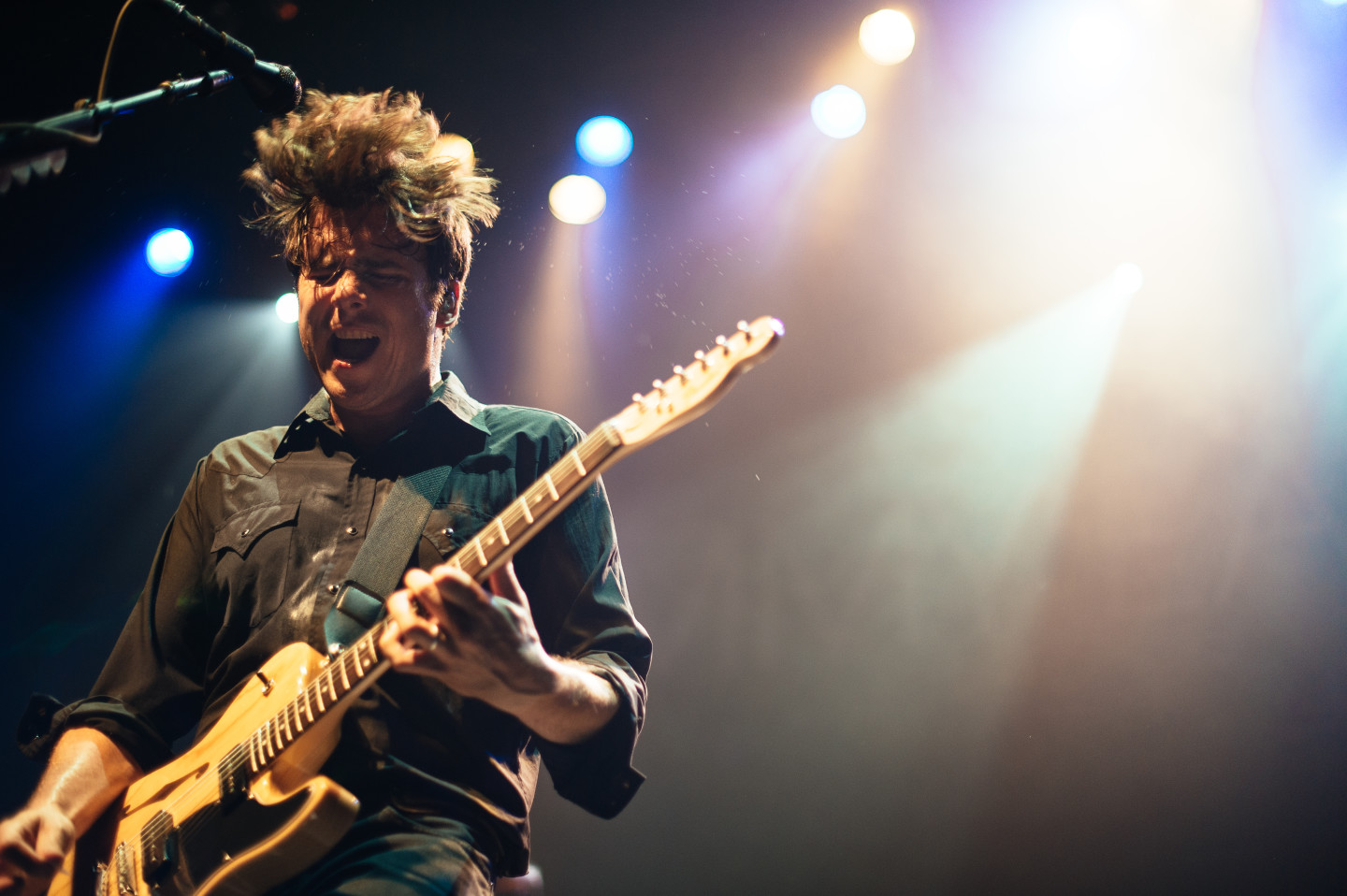 Ask anyone who grew up fascinated by the emergence of the post-punk indie scene in the late ’90s and early 2000s, and Jimmy Eat World is a band that is sure to enter the conversation. That is why I fully expected the Vic Theatre to be full of nostalgic 30-somethings ready to hear some hits that may have gotten them through a breakup or two (myself included).

What I quickly discovered was that this was in fact a “grown-up” band—Jim Adkins, the lead guitarist and vocalist formed the indie tour de force in 1993, but the crowd at the Vic was full of young fans—showing the staying power of this group that was almost written off as one-hit wonder even when I was in high school. Amidst the rumors that Adkins was ill and with Chicago being the last stop on the band’s North American tour before heading to the U.K., there were plenty of expectations for this performance, and luckily, the group as always didn’t hesitate to impress.

During the beginning of the show, I was standing in the lower level hearing emotional ballads like “Hear You Me” and “Polaris”—songs I hadn’t heard in years, yet knew every word to. I quickly realized that this band had left a bigger mark than I even realized.

Then came the power anthem “Futures,” a politically-charged ode to the 2004 election cycle, with suitably amped up riffs, that changed the concert from a dreamy indie performance into a reminder that Jimmy Eat World was in fact a punk band from the beginning. “Let It Happen,” “Work” and a surprisingly popular and exceptional cover of Taylor Swift’s “We Are Never Ever Getting Back Together” came next completely changed the atmosphere from hushed to electric in a matter of minutes.

For the remainder of the concert, the Vic was putty in Adkins’ hands. However, it wasn’t until “23″—Jimmy Eat World’s 7-minute coming-of-age ballad—that Adkins’ intense vocals and introspective lyrics really shined. The concert had some lulls in the beginning, but once everyone in the crowd remembered why they love this band in the first place, Chicago embraced Jimmy Eat World once again.