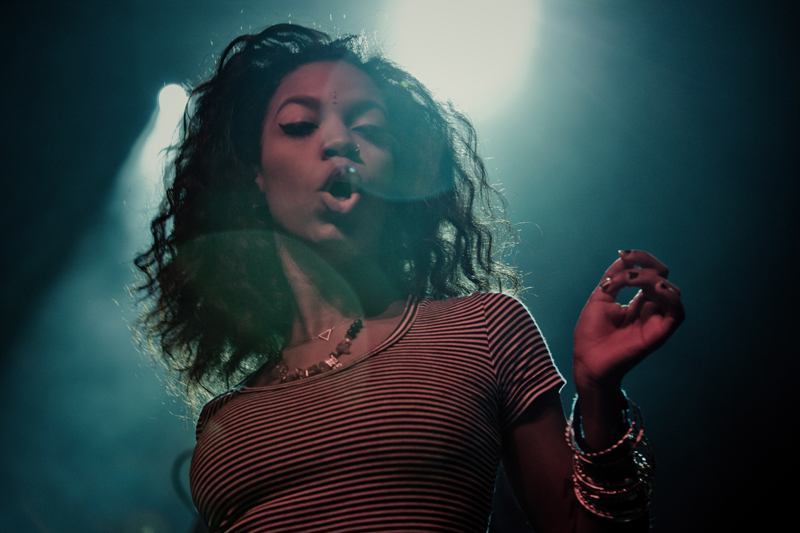 Youth culture and music have always been intertwined from the beginning, for better or worse.

However, every once in awhile, young engines come along and make think maybe – just maybe – the kids are alright. That’s exactly what crossed my mind at The Riv on January 18th. When you hear through the grapevine that a band is made up of teenagers – some as young as 15 – you begin to wonder from the get-go just how stellar the experience is going to be. Not so with The Skins.

From the opening blows of the drums and the undercurrent of the bass guitar, I started to quickly understand that I made the mistake of categorizing The Skins as a “kid band” and not simply a great band. All of the components are there: a charismatic lead singer (with appropriately great hair), an abundance of stage presence and way, way too much talent for their years.

First off – a little background. This band had its history rooted in the School of Rock. Yes that School of Rock made famous by Jack Black. However, there have been a lot of great artists emerge from the School of Rock without ever opening on a state-to-state U.S. tour. So what’s the difference? Enter Rick Rubin, and perhaps a series of great stylists. The band is based in Brooklyn, which is the epicenter of youth culture and a hotbed for new bands right now.

The crowd at The Riv was decidedly young – so young in fact, that I felt a bit like an old lady in all of my 29 years of age. They were no doubt there to see Jake Bugg (who just may be the next John Mayer, by the way), but I think that The Skins had them going the minute the lead singer said that they were “about to make your day fucking better.” These guys have earned their stripes at SXSW and opened in their first U.K. tour – and you thought you were at go-getter in high school.

Moon boots, guitar-heavy swells, lots of hair swinging and perfect harmonies gave me the impression that The Skins are a youthful mix of Blondie, The Supremes and maybe a bit of Van Halen (yes, there was some guitar dueling). Obviously, it didn’t take long for the crowd to go from antsy and gossipy to partying in matter of minutes.

For an opener, I was impressed by the lack of lulls that occurred, but there were a few, most notably within the first three or four songs. However, for the most part, what I saw from The Skins clearly proved that the Millennials aren’t lacking in the skills department, despite popular myth, and we should all keep our ears to the ground for what this band will produce in the near future.