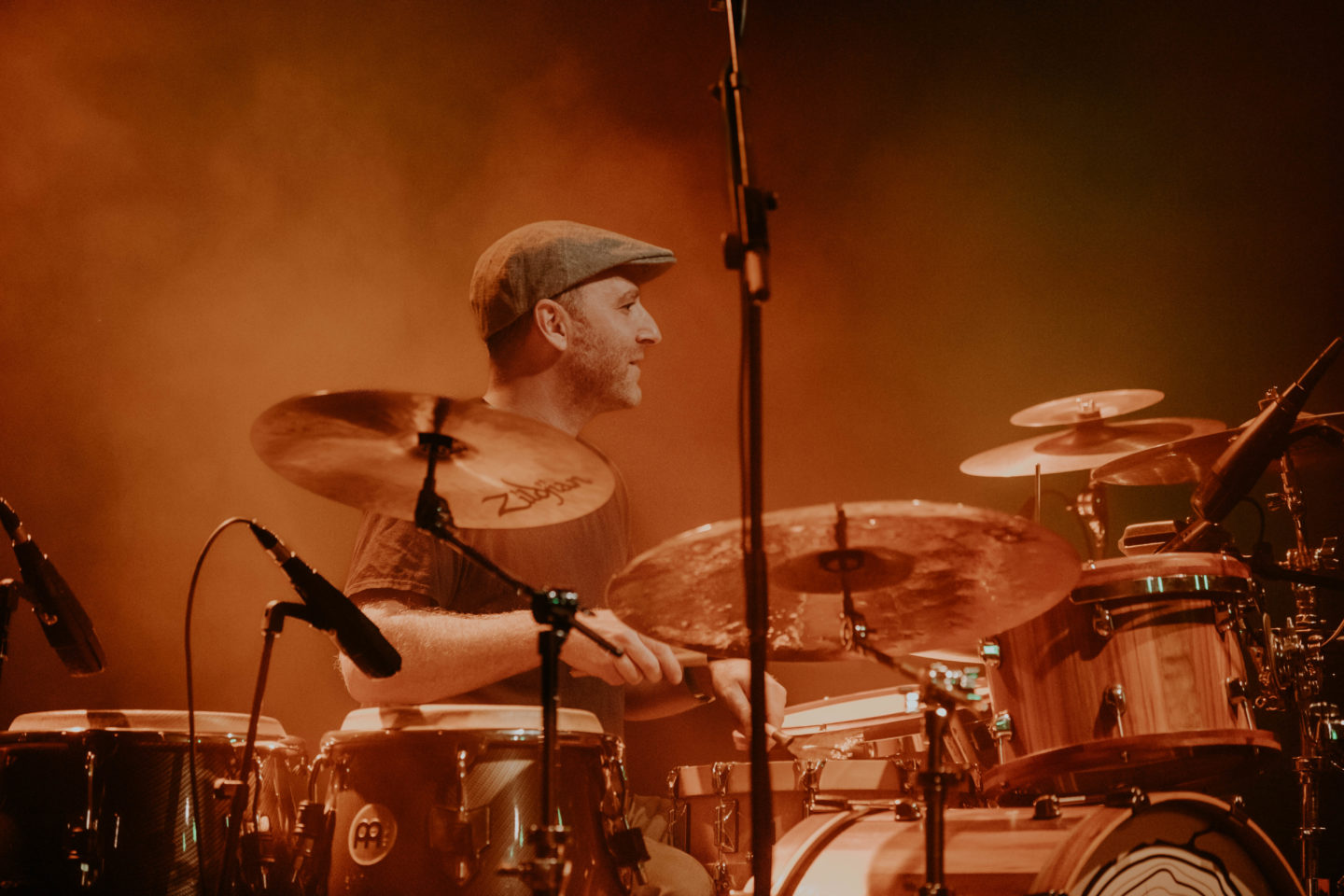 When Jon and Roy took the stage, it was not with the same bravado you would expect most headliners to show. It was understated and unadorned. Lead vocalist Jon Middleton simply stated, “We are gonna play some music,” and that is exactly what they did.

Expecting their more folk edge, I was happily surprised to see that their set ventured through a multitude of styles and moods. From soft, finger-picked folk, to Reggae-influenced breakdowns that had the crowd in their pocket, Jon and Roy kept things fresh throughout the night.

It is no wonder they are a Canadian West Coast mainstay because they are the epitome of all things cared for by the West Coast. You feel transported to a campfire at the edge of a beach. You can’t help but find yourself in a groove with the band. Among the guitar, drums, and bass a vibe was set that was altogether inviting and driving, and when the accompanying trombonist entered the ring, it was perfection. The crowd could not contain themselves when a bright horn solo echoed throughout the Commodore.

Yet, with all of the instrumentation, Jon’s voice was never lost. He has a calm and contained style, that contrasts well when he needs to take it to the upper registers. When he belts you know that he means business, and you feel it deep down.

The end of the night seemed to blur together as Jon and Roy exploded with an energy that had the crowd demanding more. Trombone solos, and drum solos, sing-alongs, and even a dip into a “Louie, Louie” cover meant that Jon and Roy knew that their restrained entrance would not be the same as their grand finale.