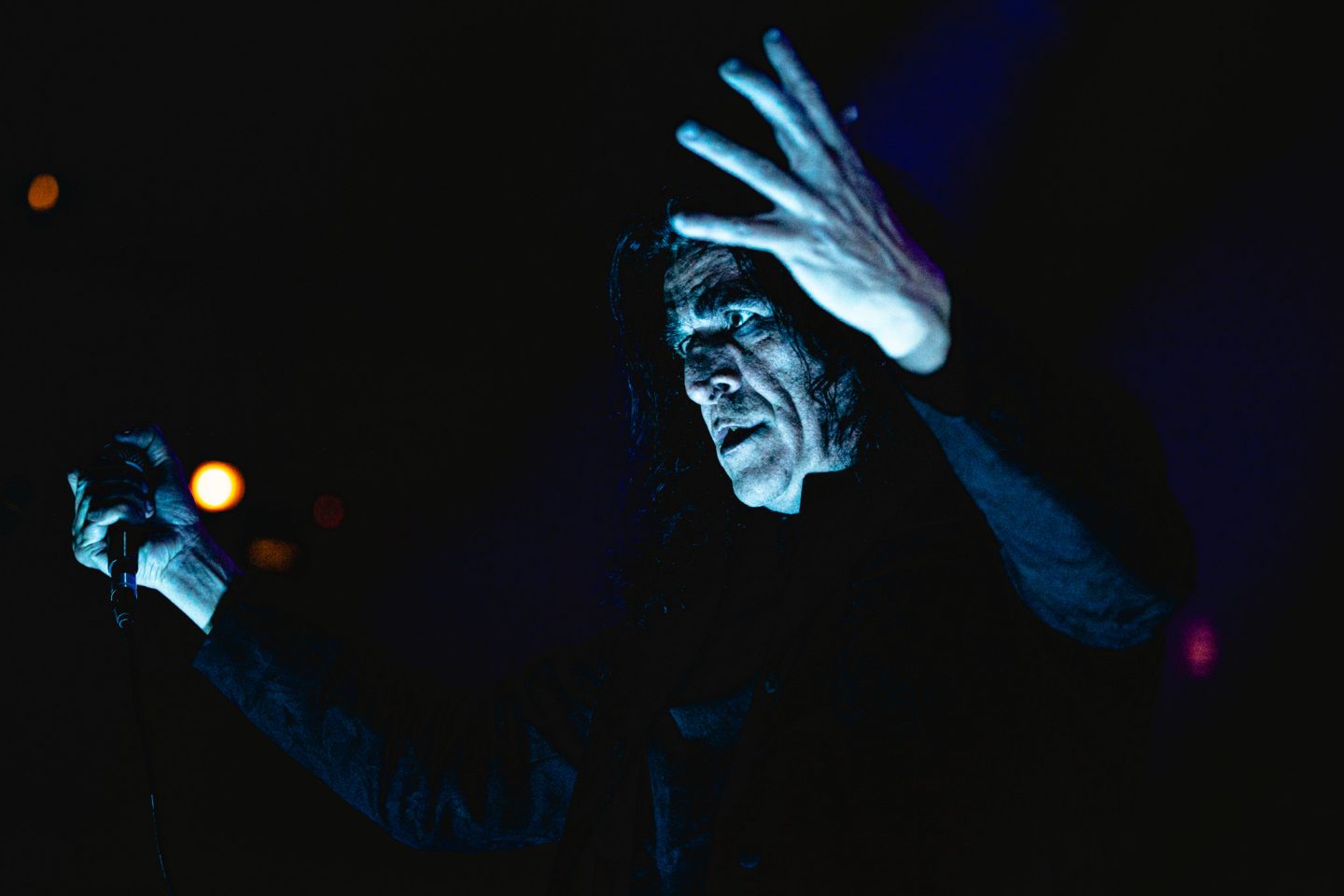 This is the classic experience of being at a gig for the headliner (Tool in this case), and coming away from it with your eyes personally opened up to something completely new. So, Killing Joke is by far, anything from new. I had maybe heard [of] Killing Joke sometime during the 90s but never really “heard” them. Turns out, these London rockers have been around since 1978. 1978!!!! What? Alright, let me play with with my abacus here for a moment…holy shit…that’s 41 years. Killing Joke has been at this since many of the people in the audience, as Maynard put it during the Tool set, “were still sperm.”

So, after the fact, I continued to rack my brain…that name, dang, where have I heard that before. And then, after a little bit of working with the google machine, there it is…Metallica’s EP Garage Days Re-Revisited with their cover of the Killing Joke track “The Wait.” Alright, now it’s all coming together (I probably wore out 2 different Garage Days cassettes back then). Killing Joke has probably, whether it’s Metallica or Tool, Helmet or Prong, and many more, influenced your favorite band. I don’t even want to attempt to recap their story, so best bet is to click here for a nice primer from AltPress on the lads Killing Joke.

Their set was short and sweet, and packing like a back alley punch to the face. Wide-eyed maniacal looking front man Jaz Coleman was a spectacle in his own right and being able to witness his movements and facial expressions from up close was utterly captivating. The musical sonicals were intense with bassist Martin Glover, guitarist Geordie Walker and drummer Paul Ferguson holding it down. Hollow body Gibson guitar and Rickenbacker bass with dimed crunch and mid-range melted faces. Kick drum zonked in the mix was enough to push the golf ball through the garden hose. Their set was damn awesome, a powerful minimalist rock n roll set on a massive stage. Their set ended with me thinking how I haven’t explored these fellas more.

What in all holy hell is this amazingness!!!??? I look down. WTF!!! It’s Killing Joke. Sent to me from the Google gods, who have unsurprisingly corroborated with the Spotify spirits, is the track “You’ll Never Get To Me.” Man, if this cut doesn’t make ya wanna chuck something down on the ground, raise your fists high and holler out at the city from a desserted bridge…

I’m honored to have been lucky enough to document Killing Joke at year 41 of their insane career. Hope you dig the photos down below. Whilst doing that, go on and get hooked to this one: