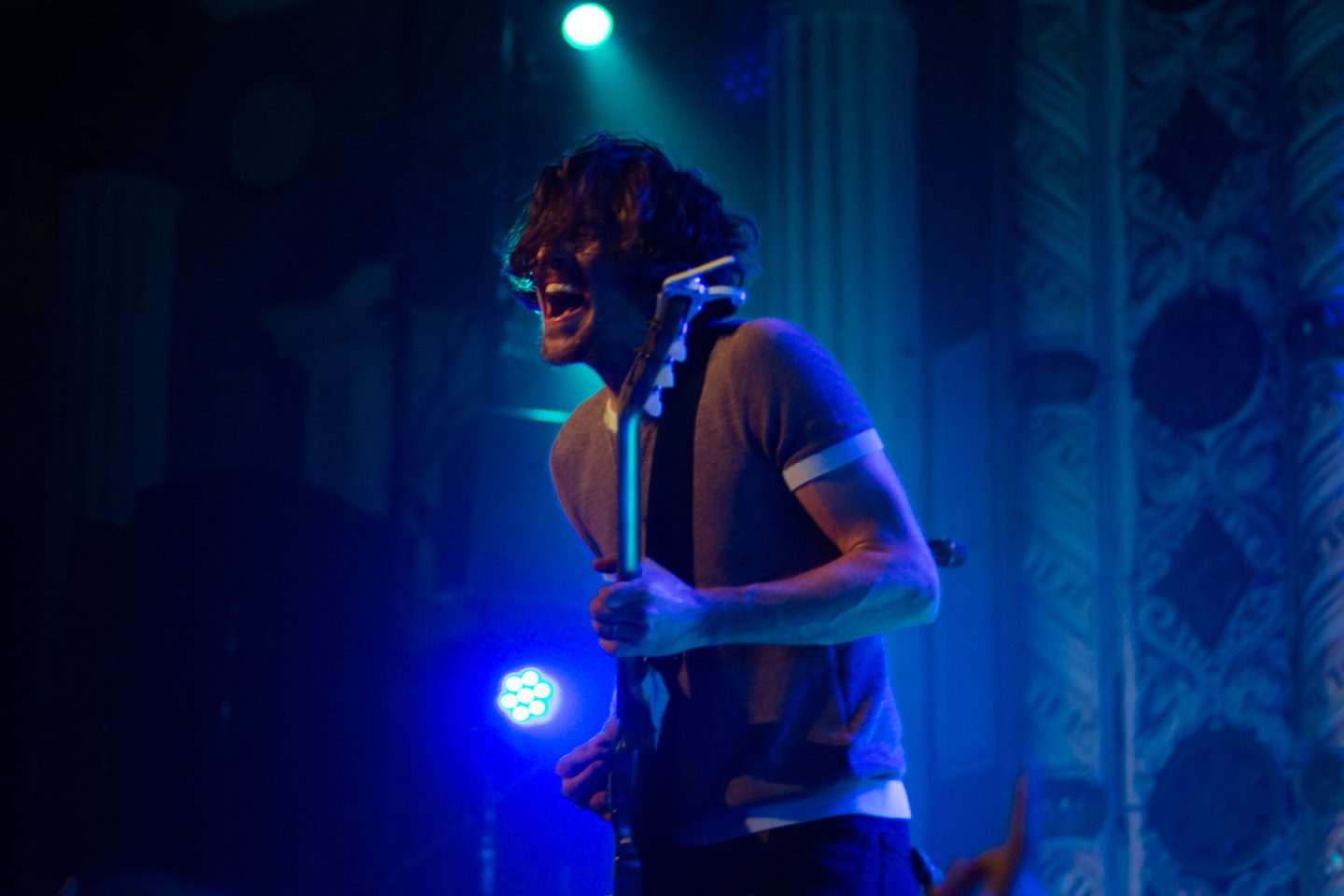 The moment Black Pistol Fire arrive on stage, they get at it. They’ve become plenty famous the last few years, especially here in Chicago, as a high-energy act and last Saturday night at the Metro proved it yet again. Every two-piece garage rock band will forever have to endure the Black Keys and White Stripes comparisons, but Black Pistol throws those similarities aside and delivers their very own sound which is as loud in volume as it is fresh in take.

An active duo, these two had the sound guy and guitar tech earning double time with all of their antics. Eric Owen makes a mess of the drums as Kevin McKeown walks, stalks, or crawls across the stage, guitar first, and that’s if he’s even on the stage. Black Pistol will never be mistaken for a jam band but these guys have fun in such an improvised and spontaneous manner, it’s easy to see their chemistry and love of performance. There are as many long guitar breaks as there are fat drum breaks. Basically, everything breaks and their set flys by and smushes together in such a lovely mess it’s difficult to believe there are only two people creating such a ruckus.

During their set on Saturday, they mixed in a little of everything from their impressive discography and even threw in a Childish Gambino cover to boot. While it was fun to hear McKeown’s take on the high notes of “Redbone,” it was their hits “Hipster Shakes” and “Suffocation Blues” that really got the floor moving. New release “Pick Your Poison” got the rockstar treatment while “Bully” lead to an encore no one wanted to end. All in all, the show was somewhere between 12 to 15 songs but not even the setlist could be sure.

One thing is for sure, Black Pistol Fire puts the live in live show. Between McKeown’s guitar work and Owen’s drum-pounds, it’s easy to see how they’ve earned their reputation as a must-see act and there is little doubt you’ll have more opportunities to do just that.

This isn’t the last you’ve heard of Black Pistol Fire on this site either. Stay tuned to this channel for an exclusive feature on the Austin duo.