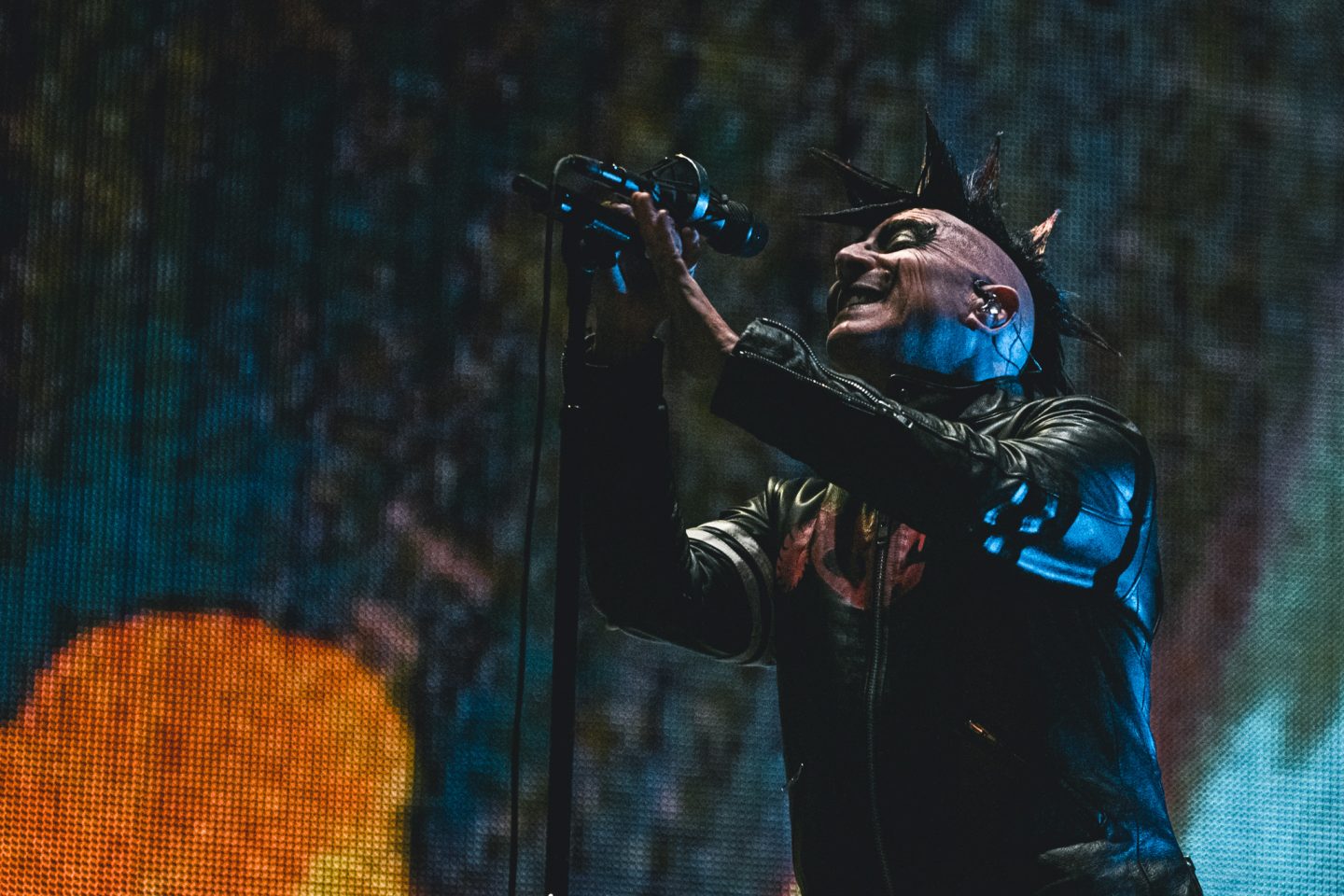 In support of their 5th release, Fear Inoculum, Tool delivered a career-spanning set covering at least one song from each album since 1994’s Undertow. The album reached #1 on Billboard shortly after release, surprising no one in the metal community, but shocking the pop-music community nevertheless.

The 23,000 attendees at the United Center rose to their feet as the stadium went dark and the intro to Fear Inoculum began ringing through the stadium sound system. Each band member slowly made their way to the stage and to their instruments, the crowd roaring with each appearance. A thin transparent curtain surrounded the band, which would double as a projection screen. The chess-board was set.

Stunning production, familiar and new video backing and a laser-light show paralleled the music. This was a concert, yes, but also an art performance with video and images of alien mutants, claymation figures, eyeball creatures, insects, and kaleidoscopes of “blood lava” permeating the backdrop. It was a visual treat, but not one for recording or pictures. Twice before the show an ominous announcement indicated that cell phone use was prohibited and would result in ejection. However, during the last song Stinkfist, security was instructed to “stand down” and allow for phone use. The stadium floor and seats were then lit with a blue lightning bug effect from patron’s cell phones, which admittedly was a bit distracting.

It can be difficult to comprehend how they can create a sound so massive and layered. However, Tool manage to do this consistently and with expert musicianship and technicality. There are no offstage musicians adding to the audio mixture. Tool is simply four men who are masters at their craft and easily one of the best progressive metal acts ever. If you have yet to see this band or it has been a while, I suggest you make an effort to do so.

Setlist following the photos below…

I'll never let you get to me...Survival is my victory.