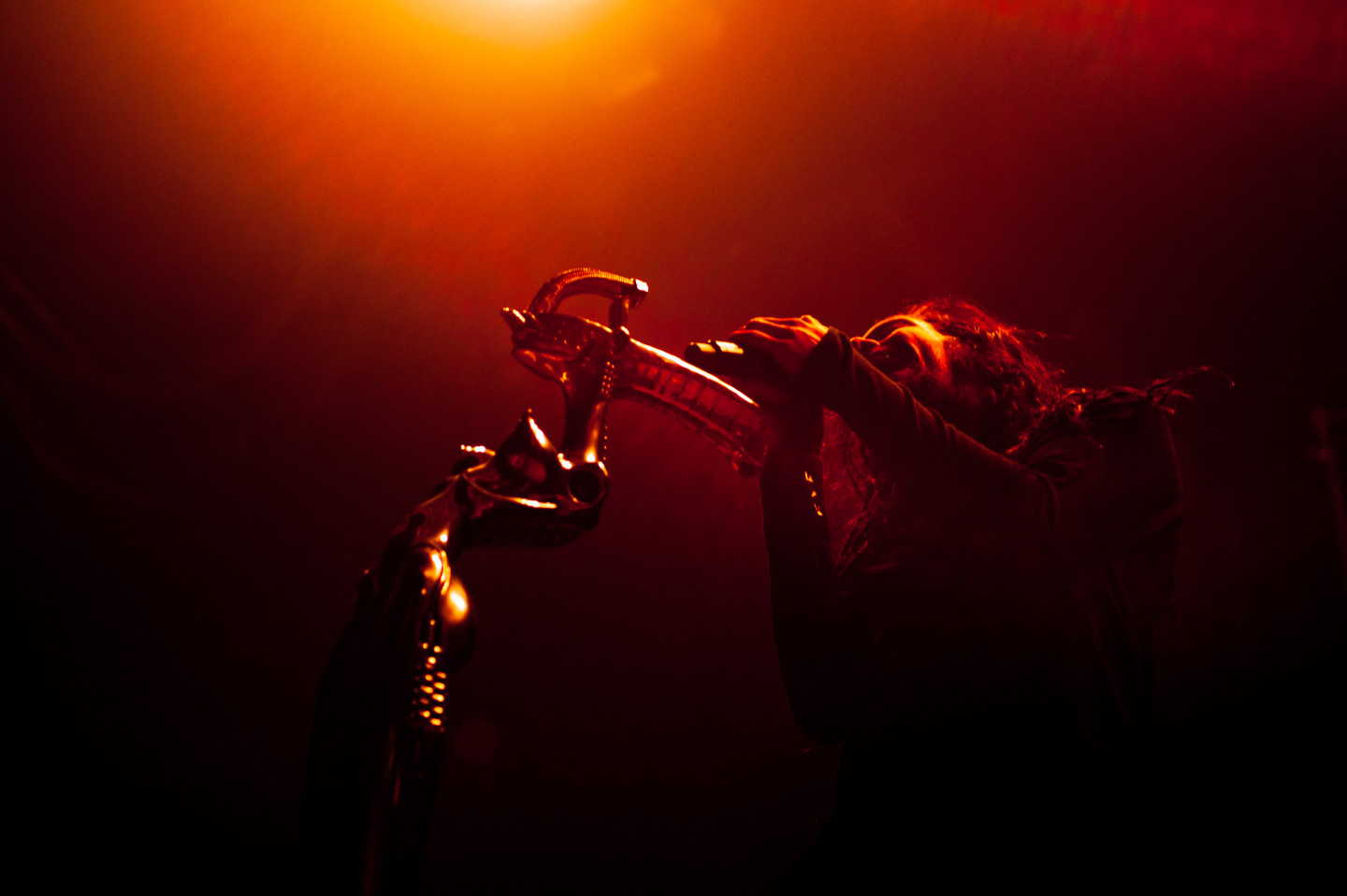 There are a lot of people that love everything about KoЯn. Jonathan Davis’ eerie ability to transform his voice from run of the mill into overt goth creepiness faster than Marilyn Manson transformed after The Wonder Years. The glow in the dark strings on Fieldy’s bass that always resonate in that stereotypical KoЯn style that’s so difficult for others to imitate. Luzier’s ability to do just about anything with a drum kit and make it sound awesome. The color black. Strobe lights. More TVs on the stage than that big box store you hate going to. Davis’ ridiculously awesome mic stand. No matter what part of the “KoЯn experience” you’re talking about, there are people that love it.

I’m more of an easy listener when it comes to KoЯn because there were only really five songs that I wanted to see live. When you’re in a crowd of complete families of KoЯn, you have to consider the fact that you might be the odd man out. This was, quite literally, a family outing for certain groups of people. It’s kind of interesting to see what happened to all the people you listened to Korn with when you were younger. Some grew up to be power brokers in suits who never let their skull tattoos see the light of day any more. Some wear lots of Ed Hardy and could be Hollywood stand-ins for a brick wall. Others are inked top to bottom in some of the most glorious skin decoration I’ve ever personally laid eyes on. At the end of the day, it’s exactly how I felt when I listened to Korn during my formative years. Each and every one of these disparate groups was united, for one night only, under the banner of KoЯn (seriously, there was a real flag). We were all part of one big, happy, dysfunctional KoЯn family.

One big dysfunctional family that includes an estranged cousin we affectionately refer to as dubstep. The connection between the too seems tenuous at first, but if you think about it it actually works. Jonathan Davis dresses like Skrillex, DJs as J-Devil to open his own shows and it’s quite possible that his growl could have actually given birth to the ear canal wrecking hellspawn noise (I mean that in the best way possible) that’s essentially the signature of dubstep. The two styles fit together like peanut butter and banana sandwiches. It’s not exactly what you would call homogeneous, but it works. Since this was the Path of Totality tour, they played a lot of songs off the new album and the audience never missed a beat, bass drop or chorus sing-a-long.

When the encore happens, everything quickly spirals out of control into a complete shitstorm (which seems to be a theme at the Congress). There’s a torrential downpour of beer from the balcony. The members of security are training for those weird European weight-lifting games by throwing dudes three times their size around like ragdolls. The entire floor is bouncing in unison with such reckless abandon that it could have registered on the Richter scale. The VIP section in the balcony is officially out of vodka, so guys with more muscles than a seafood restaurant are drinking Malibu rum straight. At one point in time, a pit erupted in the balcony.

Being at this show was like being at an underground rave, in a music video and at a riot simultaneously. I might have gone just to see them perform a handful of songs, but everyone around me knew every gurgle, verse and scream better than the Pledge of Allegiance they were forced to memorize decades ago. Dubstep or no dubstep, KoЯn still knows what it takes to put on a show that their legions of die-hard fans will enjoy. Even if you’re not one of those people, they’ll drag you along for the ride anyway.

Korn at the Aragon Ballroom