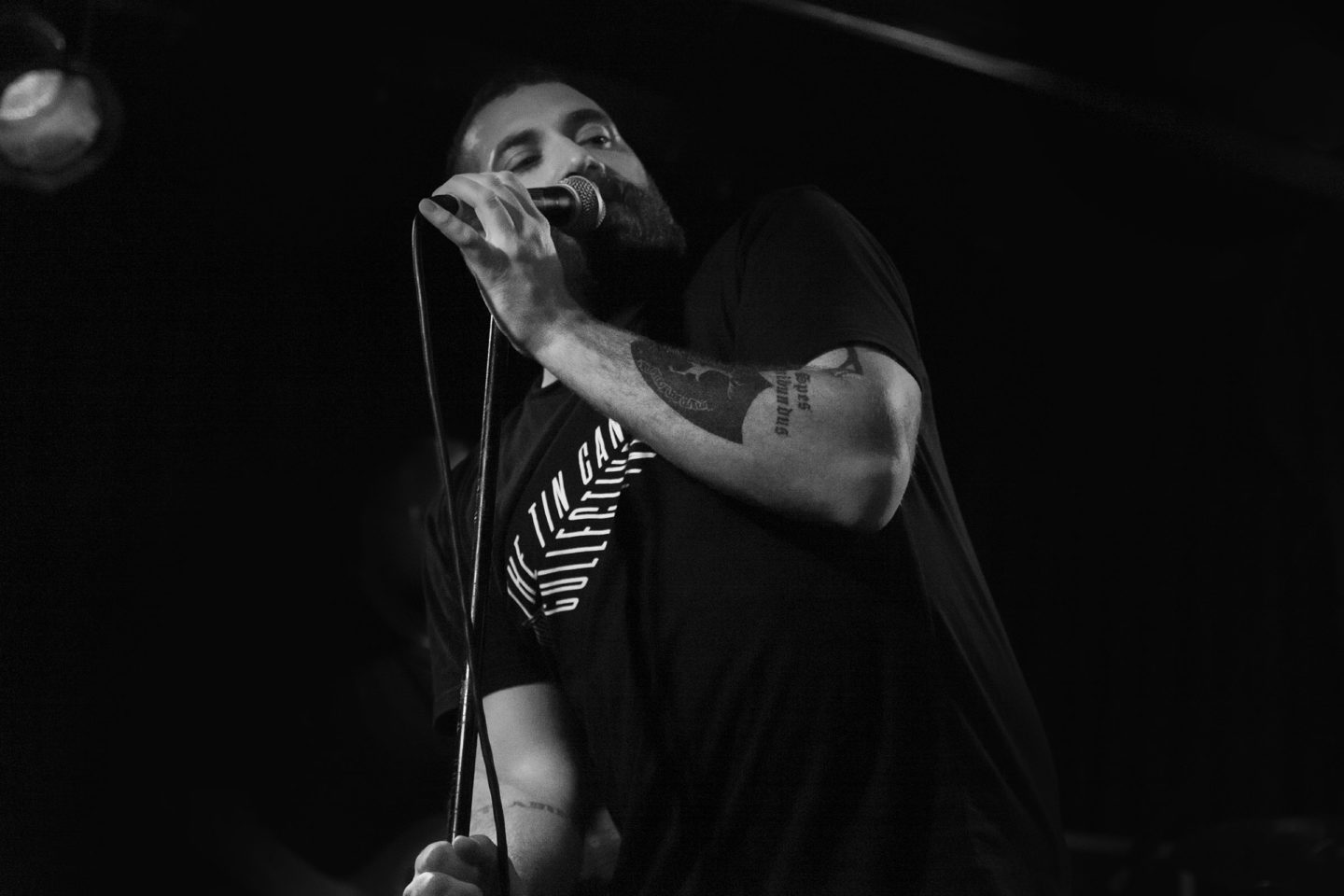 Long Island based metal band Moon Tooth stopped by Beat Kitchen in Chicago Illinois, promoting their forthcoming album, Phototroph. The tour continues to roar on, with Chicago only being their third stop. At this show, Moon Tooth was supported by Chicago native bands TANZEN and Immortal Bird.

Like many other photographers relatively new to the Chicago music scene, I had yet to explore the hidden gem that is Beat Kitchen. Tucked away behind a small bar is an unassuming door leading to an intimate venue that bumps right up against the stage. There is something so special about small venues such as this one. Other venues with a photo pit, hordes of security, five foot high stages etc., prevent the crowd from being able to get up close and personal with the musicians. Halfway through Moon Tooth’s set, a member of the crowd threw a scarf at front man John Carbone, which he proceeded to dance around with for a while. Things like that just don’t happen at large venues. I rarely shoot venues this small, but when I do, I am always reminded of how unique this type of intimate environment is. The crowd was full of people who seemed to know everybody, and everyone was loud, and welcoming.

Moon Tooth’s new album is set to release on May 13th, 2022, but tracks such as Nymphaeaceae and Alpha Howl have already been making waves through the metal community. Both songs received enthusiasm that rivaled the bands older hits, such as Igneous or Awe At All Angles, the latter being my personal favorite. All in all, it was a Tuesday night well spent.