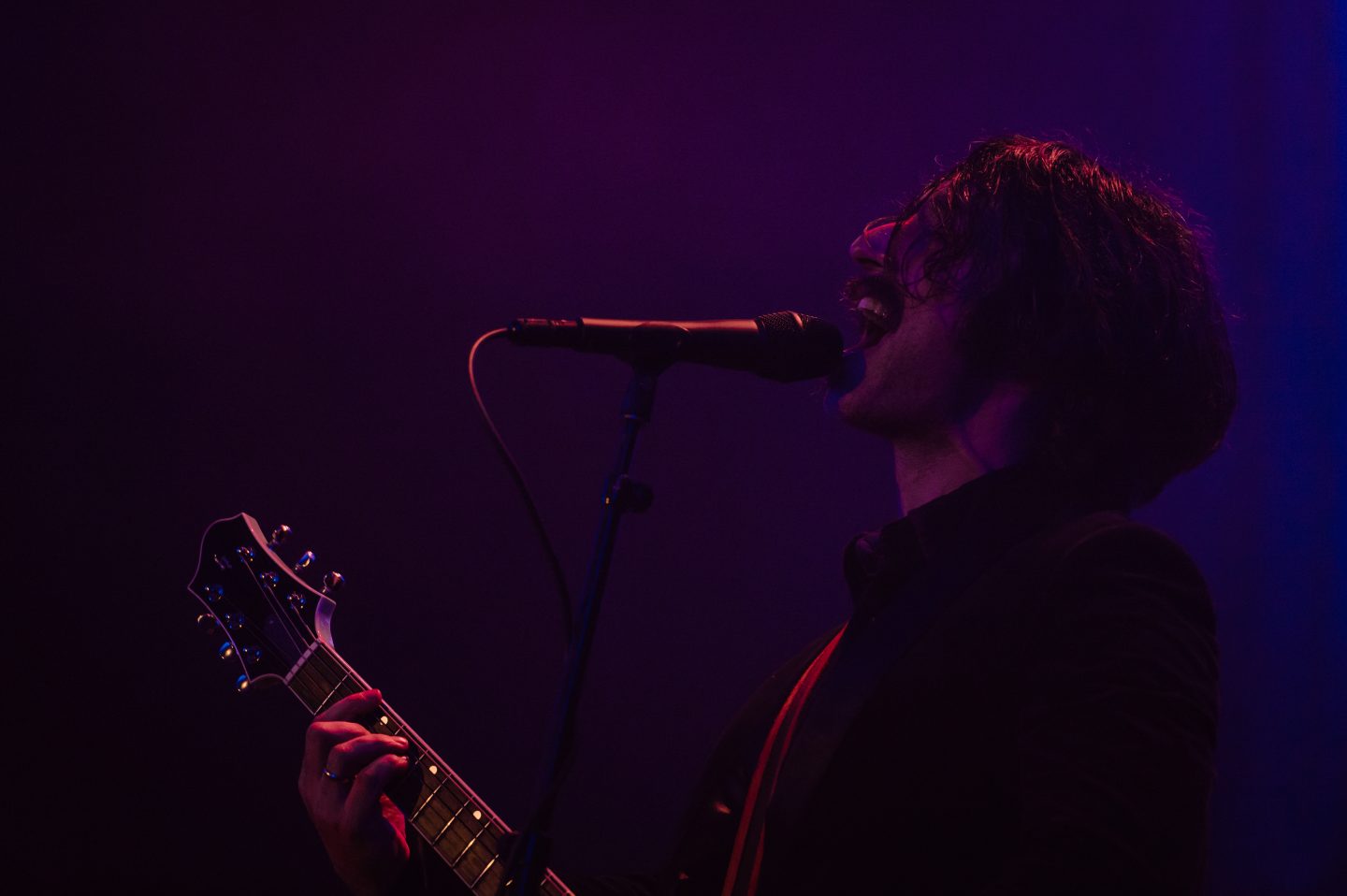 Murder By Death at The Neptune Theatre

If I asked you to come with me to the Murder by Death show, you would probably assumed it was another one of my beloved hardcore or death metal bands. Not the case here. This time, we’re talking about a five-piece “indie rock” band originally from Indiana, whose music reminds me of drinking whiskey in Mexico.

Murder by Death has been killing it for 20 years now. For this special anniversary tour, the band reached out to the fans, taking requests over social media, to create a unique setlist for each show. They even made their own legit zine about their journey, with some history and press clippings, photos of all sorts including fan tattoos, and a list of EVERY show they’ve ever played!

Tonight’s show made 1,768 and the band’s 27th time playing in Seattle. Frontman Adam Turla reminisced that at their first show here, they didn’t even play. It was at some small pizza joint and no one showed up and the other bands were “meh,” so they just ate pizza instead.

Clearly they put a lot of effort into making this tour something special for us, and we definitely appreciated it. About a third of the way through, Turla praised us with something akin to

“You all are great. Loud at just the right times, and quiet as a church mouse at the others.”

I’m a sucker for strings, so I love how Sarah Balliet works her cello with the skill and stoic composure that would be right at home in any symphony. In contrast, Turla is full of passion and fire, which you can feel as he drives the show. The first time I saw them, as they were switching up the pace, Turla apologized remarking,

“We have two speeds, depressingly sad and party drunk.”

As dark as the themes can be, I can’t help but dance with that big silly smile from the pure joy of the experience. Even the band’s slower songs tend to have a strong climax that keeps the pace moving forward. A great example is how The Devil Drives starts at almost a crawl, but ends with the uplifting and almost gospel like chorus of “There’s still time, to start again.”

Listening to the carefully crafted lyrics, you hear stories unfold, often centered around the classic battle between good and evil. My favorite lines is from Boy Decide, which is about a silver-spooned son that is “Too old to fuck around. Too young to die. Time to try life on for size.” Another of my favorites is ‘52 Ford, which depicts a hired killer letting his conscience get the better of him, only to have a blade sunk deep into his own back. As his life fades away, he reflects on the decision to abandon his assignment and remarks,

“I guess when one life goes, another begins.”

As the show nears it’s finale, Turla pulls from his left-handed arsenal a beautiful black, flame-shaped guitar that has a very Johnny Cash-like vibe. Not wanting it to end, I’m reminded of the line in The Organ Grinder, “We won’t go home until they drag us out.” and hope the band does too. Unfortunately, reality sets in and the lights come up. My only disappointment was missing out on the limited edition posted due to the never-ending, mile long merch line. But there’s always next time. Honestly, I wouldn’t be surprised to see Murder by Death playing for another 20 years.

Queensrÿche at The Neptune Theatre

Every riff and expertly sung note