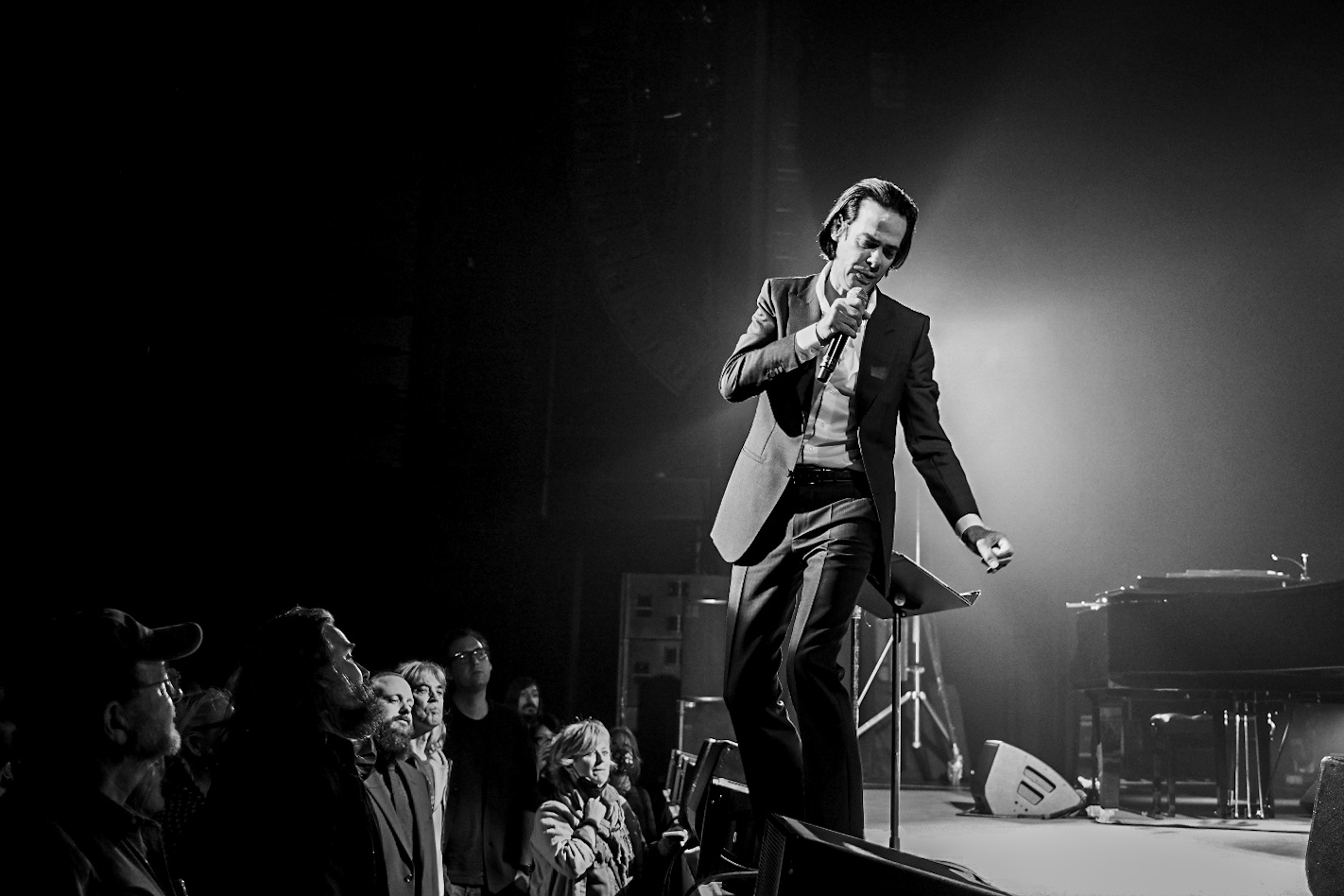 If you’ve ever experienced a Nick Cave & The Bad Seeds show, you know what you’re in for. But, Wednesday night’s Nick Cave & Warren Ellis show at the Queen Elizabeth Theatre was the exact opposite, in an amazing way.

Instead of Nick and the band causing beautiful chaos with their blistering volumes and explosive high-kicks with a few piano ballads sprinkled in every few songs, fans were witness to a much mellower show consisting mostly of songs from the Bad Seeds’ last record, 2019’s Ghosteen, and songs from Nick and Warren’s most recent release, 2021’s Carnage. Along with a few Bad Seeds’ classics and an unforgettable solo performance of I Need You from 2016’s Skeleton Key, they even threw in a cover of T-Rex’s Cosmic Dancer!

Despite the show being backwards and a bit upside down to what I’ve been accustomed to with Nick Cave & Co. over the years, it still had all the things that make a Nick Cave show so special – intensity, drama, humour, beauty, and connectivity.