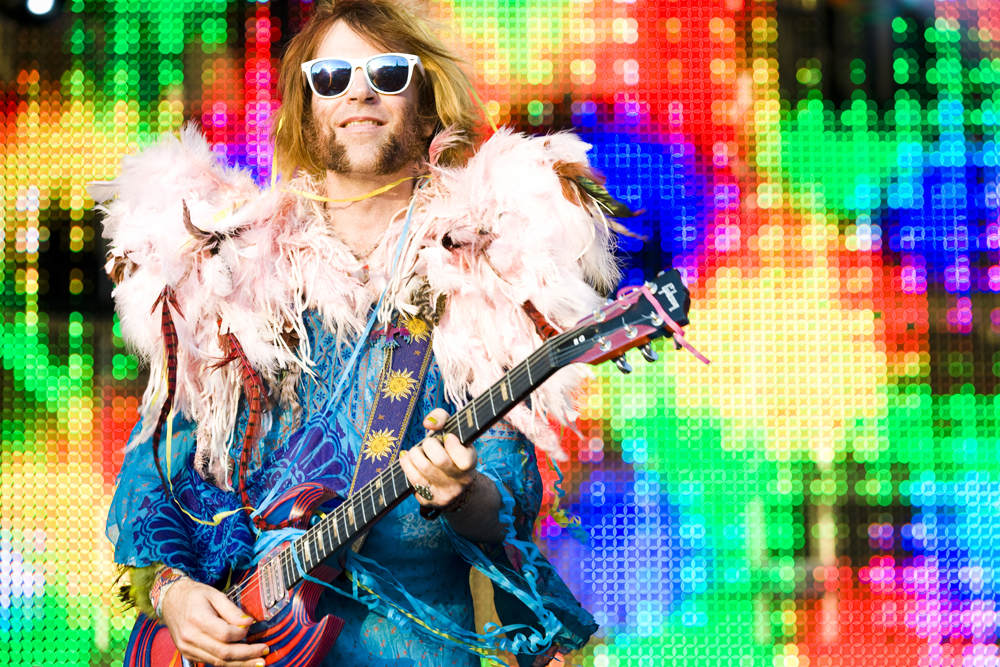 Glancing at the image of Bryan Poole in front of you (either at North Coast if you were there, or right now at your computer), the one where he looks like Sabretooth (from X-Men) dressed as Elton John for Halloween, it shouldn’t be all that difficult to figure out that the Of Montreal performance was ridiculous – even for Of Montreal. Kevin Barnes and his band of travelling performers make a habit out of veering towards the zany, but they went full-ridiculous at North Coast 2011.

Barnes strolls onto the stage after the rest of the band, the supplementary instrumentalists and all the dancers are assembled wearing: purple tights, white jorts, purple shirt, an ascot, eyeliner and a white, see-through hoodie. Have you seen the movie Party Monster? I’m almost positive this was actually one of Macaulay Culkin’s outfits in that movie. That’s actually kind of indicative of the performance itself because the music itself was really just the vehicle for the party.

Until the point when a Chinese New Year style dragon animal came on stage and then Barnes rode that around for a while. There was a raft at one point too that was used to crowd surf (float?) over the sea of adoring fans. At some point in the show the dancers and band members began pushing the a long stream of the same sort of balloons that clowns use to make animals into the crowd like they were delivering sausage links to a parking lot full of Bears superfans that hadn’t eaten in days. There were dancers in paper mache skulls and the US equivalent of what could easily be characterized as Austin Powers costumes. If Willy Wonka was a hipster, the Of Montreal performance was his Chocolate Factory… but more delicious and much shinier.