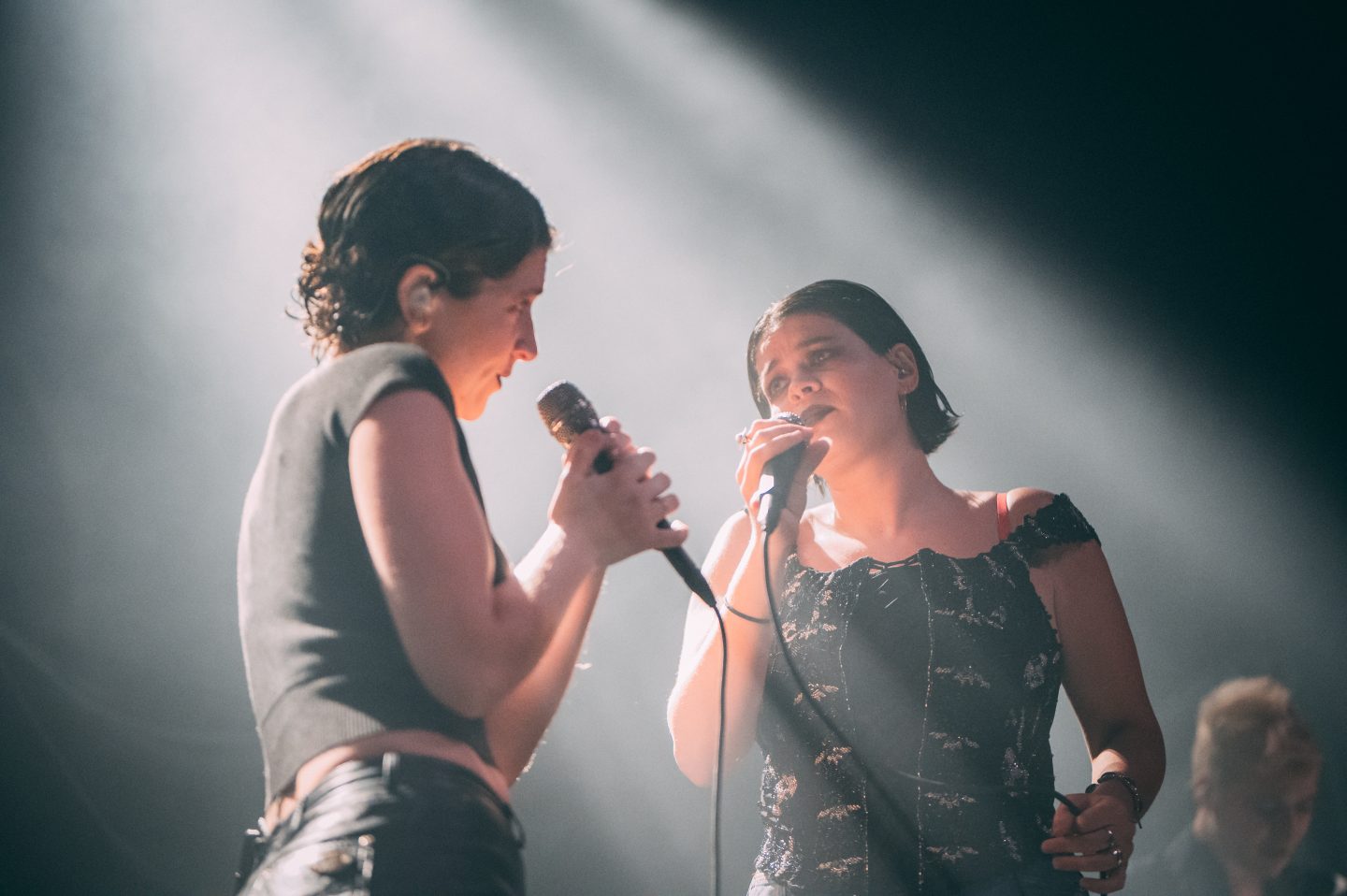 It’d be very remiss of me to say there’s not a soft spot in my heart for the First Avenue Main Room. Behind the star-studded exterior lies an unexpectedly intimate venue whose space has filled for the likes of Prince, Har Mar Superstar, Atmosphere, Radiohead, and countless more.

Tonight, filling high and wide for the Cold War Kids, I patiently waited as I became surrounded with tune-loving folks like myself who’d came to see a touring legend. What I hadn’t expected, was to be greeted by an ethereal duo by the name of OVERCOATS.

What began next was a time warp into the glory days of ’90s Swedist Electro-pop. It was a full femme ensemble accompanied by introspective lyrics and hip-swaying melodies that even I had a hard time dispelling (I’ve got stiff bones, what can I say?) The entwined performance showcased just how close these two singers relied on each other to bring harmonizing energy to the stage.

It was beautiful and much like the first jam at your high school prom.

Spotlights etching a dance floor in front of you, with nothing left to do but vibe and enjoy.

All said and done, they brought the entire space to its’ feet. Feet that would undoubtedly find themselves stepping away to the beat of two soul-sisters losing themselves to the musical art they’d plunged into the world. While they may be touring to promote their new album, The Fight, I highly suggest checking out the entire discography, which includes a dreamy video from the track ‘Fire and Fury’ and a mean but delightful cover of Hozier’s ‘Cherry Wine.’

Overcoats at The Neptune Theatre