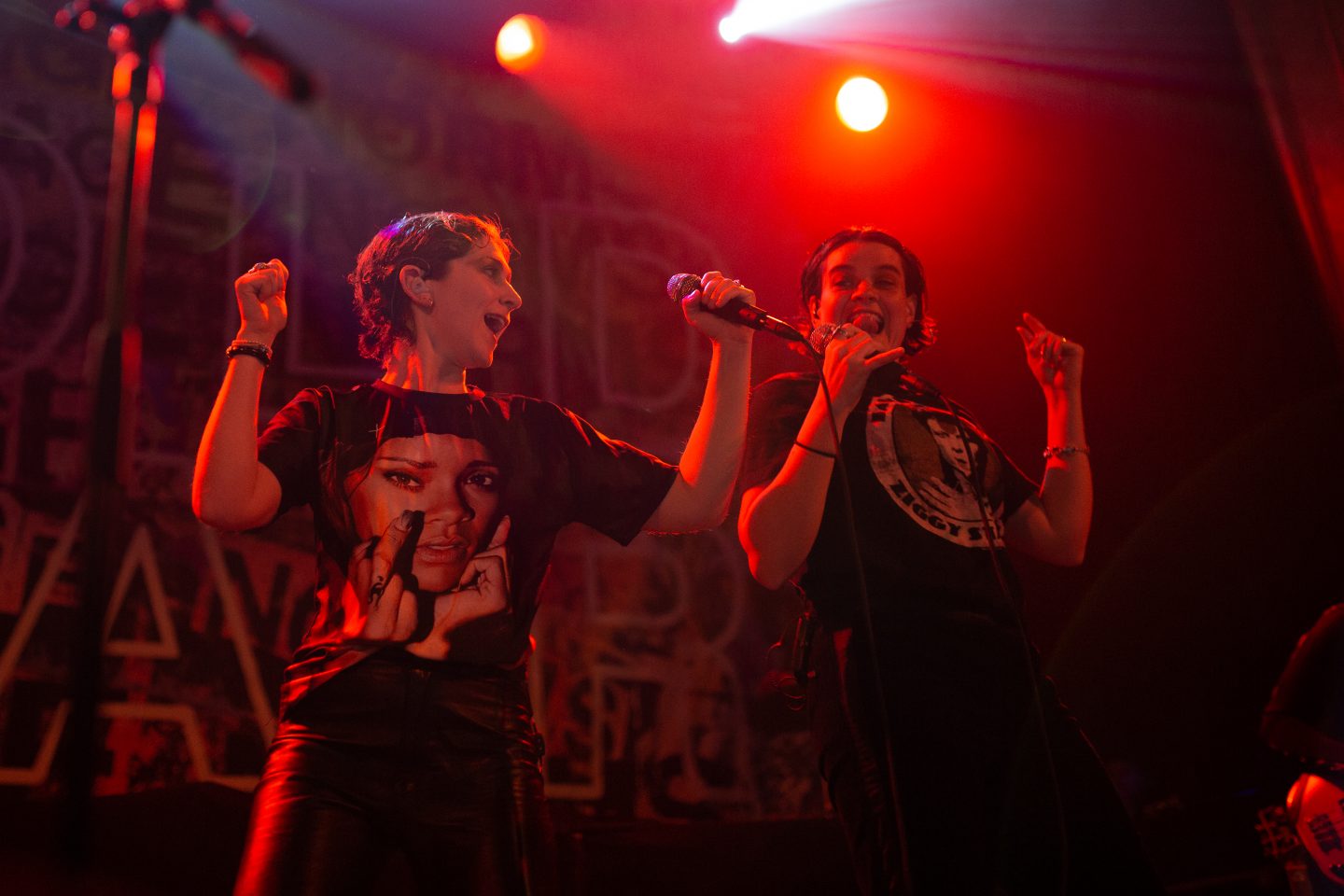 Overcoats at The Neptune Theatre

This was only my second time visiting Seattle’s historic Neptune Theatre. The auditorium was lit up in a bright tint of aqua blue highlighting its most unique features, a set of beautiful stained-glass windows depicting tales of the great god of the sea, Neptune himself. As vintage as the venue is, its character still shines like a gem.

The lights dim at 9 on the dot, and the openers take their place. The lights now glowing a deep red. As the smoke clears, the Overcoats reveal themselves. They have a powerful stage presence, adorned in all black with slick back hair. Almost Johnny Cash like, they are utterly BAD-ASS. Especially Hana, even edgier in leather pants.

The band wastes no time starting off with an intense energy, killing the first song “Apathetic Boys”. I think it’s a new one. I haven’t found it online yet. Trust me though, it rips. It was clear to see even in the beginning just how talented they are. There is an indescribable magnetism going on between Hana Elion and JJ Mitchell. The 2 are sensational performers and feed off each other like twins with “telepathic” powers. The entire crowd could feel their chemistry as they nearly starred into the soul of one another for the entire set, with breaks in between to dance back to back, switch instruments and head bang.

Following the 1st song, the Overcoats played 9 more before handing it over to the Cold War Kids. They took us for a ride through all the romantic feels and tragedies including a cover of Hozier’s “Cherry Wine” and their own “23” to more up-tempo electrics that made the crowd come alive like “Leave the Light On”, “The Fool” and “I don’t Believe in Us”, which was my favorite by the way! If you haven’t heard these girls yet, do yourself a favor and add that last song to your playlist.

Morgan Saint at The Neptune Theatre

If I told you I was broken would you love me still?