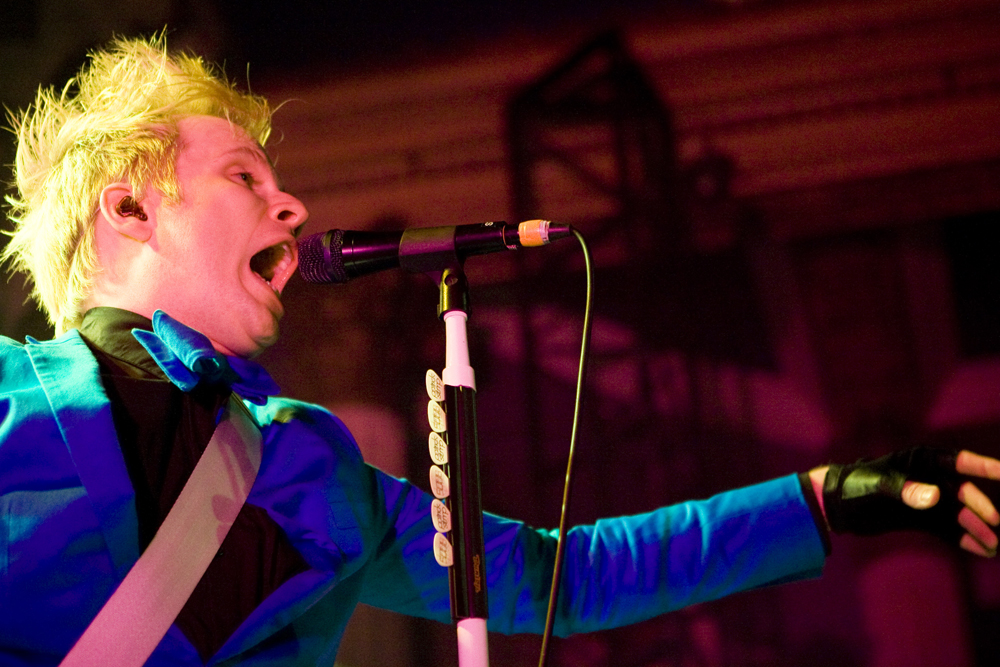 First, a disclaimer: I actually like(d) the Truant Wave EP. It could be the less developed part of my brain that actually used to like Fall Out Boy rearing its ugly head again, or the silky vocals superimposed on top of drum tracks and pianos, but I was actually excited to see him return home as part of the tour for his debut album Soul Punk. Turns out it would have been a good idea to listen to Soul Punk before agreeing to attend the show.

After having seen the music performed live, I’m sufficiently convinced the album should have been called White Chocolate because the music, like white chocolate, only contains trace amounts of the stimulants that make its more flavorful big brother so delicious. Other, darker, purer chocolates can be digested on their own. White chocolate requires peppermint or pretzels or other additives to actually sit well in your stomach. Sadly, all of those extra ingredients that would have made a performance of Truant Wave something to write home about were absent in this performance.

Stump walked out on stage dressed like Bowie attending a cocktail party to the shrill holler of what I can only assume was a legion of high school girls in love with him. He danced, drummed, swung his guitar around, nailed some seriously difficult a capella notes, and even covered Phil Collins. By all accounts, I should have loved the performance. But I’m not a high school girl with a voice that is capable of reaching a frequency only dogs can hear. Something was missing. Something that was there on Truant Wave just wasn’t at this show. Stump has already shown us that there’s a serious chance he could wear the hat the once famous boy-bander turned actor wore for a while, but it’s not going to happen until he re-injects some of that dark flavor back into the live performance because as it stands it’s pretty bland.