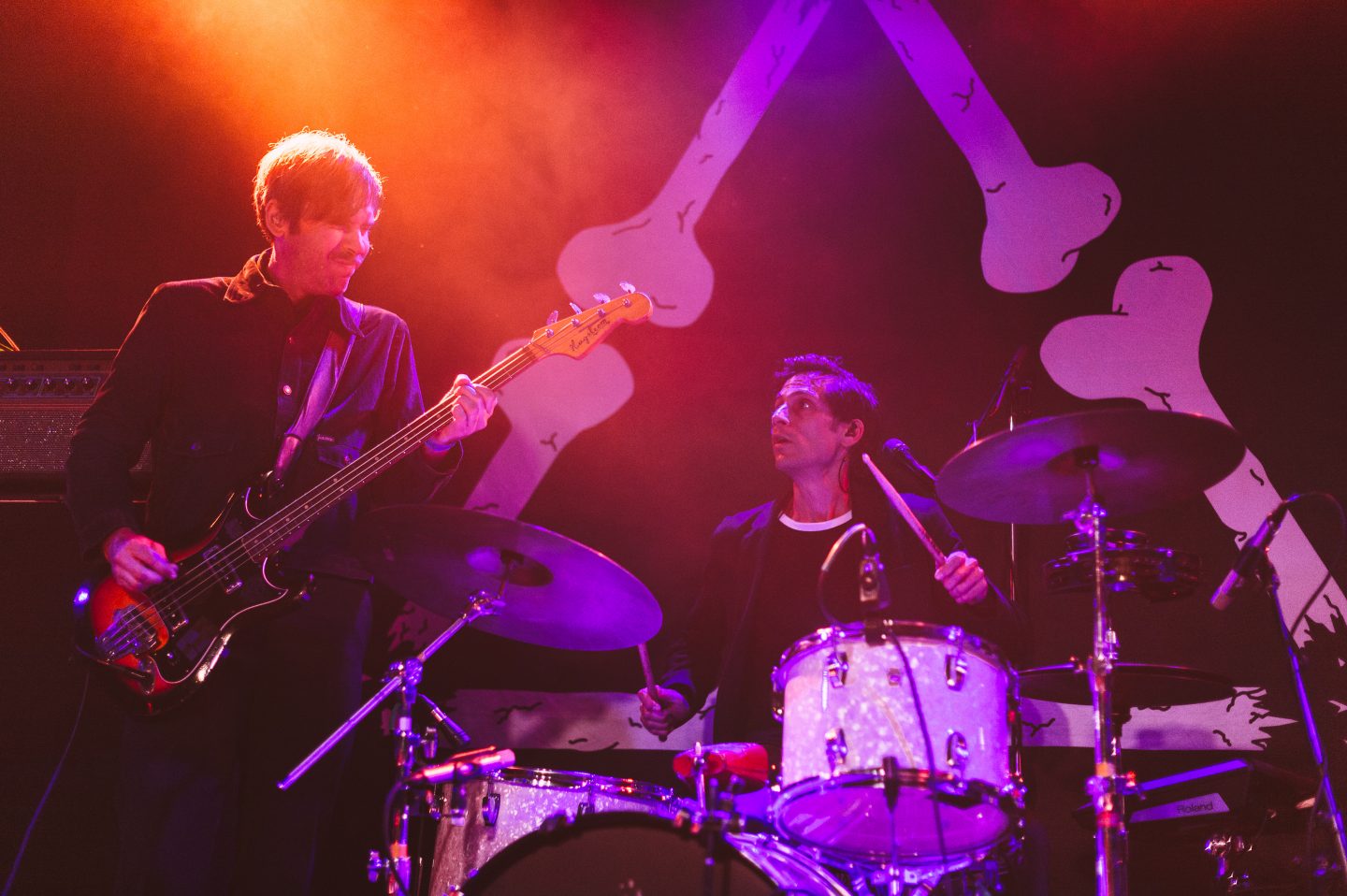 Peter Bjorn and John was definitely a new experience for me. I love their mellow vibes but I’ve never seen a live show in their genre, and I was curious to see what kind of energy level a concert like this would have.

By the time PB&J finally got out on stage the energy in the crowd was decidedly low. I was really looking for them to pump up the room, interact with the crowd, say hi, play one of their more popular songs, anything to get the people going. While Peter did a lot of jumping around, including almost kicking someone in the head and barely missing a couple people’s fingers on stage, the first couple of songs fell pretty flat.

I was definitely enjoying the sound, but at this point I was thinking I might enjoy it just as much curled up on the couch with a good pair of headphones. They just weren’t adding a lot of live value to their tracks.

The show went on, Gut Feeling sounded great, even though there were a couple feedback issues, Peter and Bjorn said a few words to the audience. I was enjoying myself, but I wasn’t wowed. Then, finally, during Dig a Little Deeper, Peter actually jumped off of the stage, walked into the crowd, and laid down on the floor. It was like someone shot amphetamines into the crowd. Everyone loved it, there were finally signs of life. The show found its energy.

The rest of the concert was a blast. Bjorn spoke something Swedish, Peter got increasingly more adventurous and even knocked over a couple beers, and there was dancing, yes actual dancing, in the audience.

The only disappointment of the latter half of the concert was the notable absence of Young Folks. You could feel the crowd holding out hope that they would play it as an encore and we heard the first really loud cheering of the evening. As expected PB&J returned to the stage, however they still did not yet play the much anticipated hit song. Finally after another track, as some people were already filing out, Bjorn began the iconic whistling tune. By this time the energy was already dwindling again.

I think this concert was ultimately what I expected from the chill sounds of Peter Bjorn and John. Great musicians, great tracks, but lacking the consistent energy I crave at a live show.

I was somehow both extremely aware and unaware of where I was.