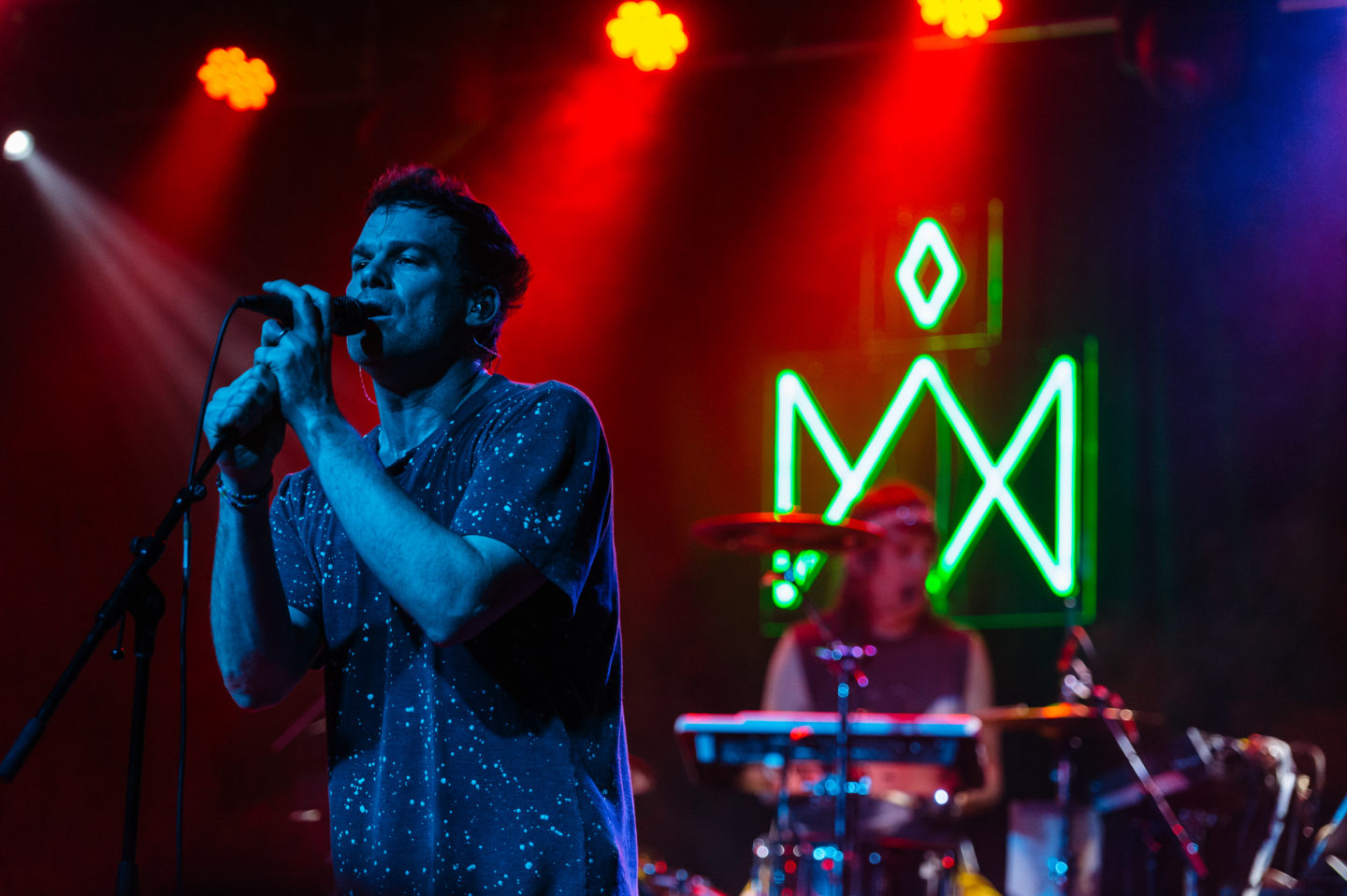 Princess Goes To The Butterfly Museum at The Metro Music Hall

I’m not a huge fan of Dexter, so imagine my surprise when I found out the show’s star Michael C. Hall had a cult-followed band. Arriving at my first Princess Goes To The Butterfly Museum experience at SLC’s Metro Music Hall, I had no idea what to expect. And that’s probably a good thing, because with a band like Princess who can seamlessly transition from booming synth pop the likes of Bear In Heaven meets Nitzer Ebb, to mellow electronica, the best thing is to expect the unexpected.

The best thing is to expect the unexpected.

The show began as Hall stepped on stage throwing spirit fingers (see? unexpected!) to a pumped-up crowd, and a deep, heavy bass started off the show with “Vicious”, energizing the crowd and giving me a sign that this was going to be a high-spirited, adrenaline-filled show. By the third song however, I felt like I had been to as many separate shows. In a sharp contrast to the heart beat-like thumping of the previous songs, the band moved into a slow, dreamy electronica version of “Ketamine” more reminiscent of The Postal Service.

The show turned upbeat and dancy, and Hall built on that energy, borrowing a sign that read “So Happy I Could Puke” from an eager fan, and holding it up to the rest of the audience — a healthy mix of alt music lovers and Dexter superfans. They maintained that energy by previewing a new song called “Let it Go,” a synthy uptempo bop that was probably the poppiest thing I heard all night (I stan).

The coolest thing about this show is that there really is something for every taste in Princess Goes To The Butterfly Museum’s small but varied catalog. From the “straight outta Hot Topic” industrial synth pop to more calming melodic songs to, dare I say, dancy tracks that could feel at home in a (somewhat alternative) club. The band kept us guessing and simultaneously showed off Hall’s impressive vocal range with a cover of Phantogram’s “Cruel World”.

By the end of the night, I felt like I could have been at 3 different concerts even within the same song.

I wasn’t sure what to expect, but I thoroughly enjoyed the unexpected that Princess Goes To The Butterfly Museum threw my way.

This was a short, but undeniably fierce set by Rivers of Nihil.

The onstage energy was palpable and magnetic.