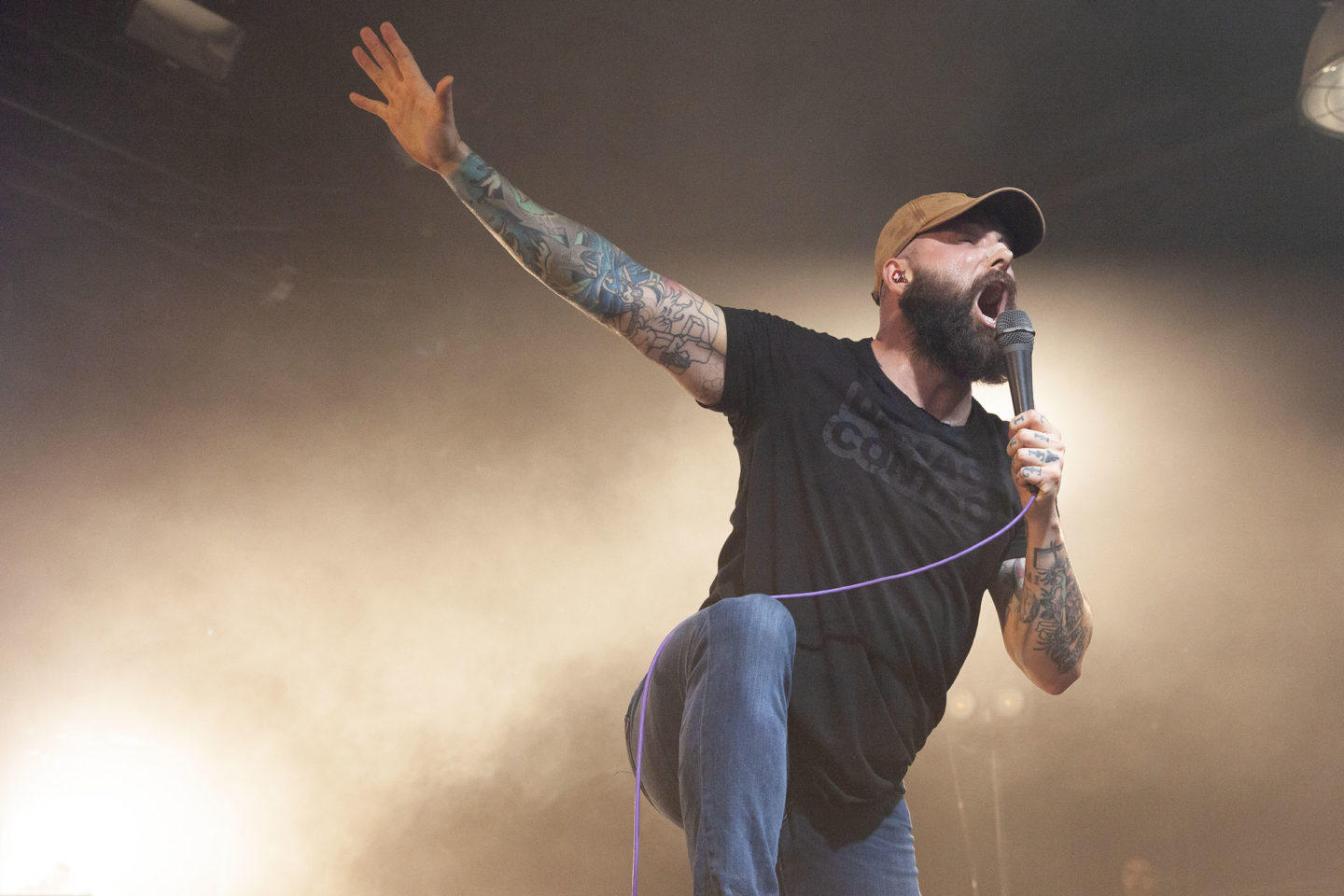 August Burns Red rolled through Concord Music Hall in Chicago, Wednesday, September 29th. Although they have had to cancel some dates due to a positive Covid-19 case within their crew, they are currently out on tour celebrating the 10th anniversary of their album Leveler. On this tour, they are supported by Like Moths to Flames, ERRA, and Fit For a King.

I have seen August Burns Red live maybe 10 times in my life, whether they were playing at festivals or supporting other bands. This show was nearly sold out, even though it was a Wednesday night. Although I have seen them live so many times, this was only the second time I have ever photographed them. The first time, I was an awkward 17 year old photographing my third show ever. I paid no attention whatsoever to the band because I was so focused on just getting a few good shots. This time however, I’m in my 20s, I have shot hundreds of bands, and I was able to actually watch them onstage and pay attention to their personalities as I photographed, which was massively eye opening to me.

One thing I immediately noticed is that August Burns Red is among a handful of bands that actually look like they are having a good time while they are playing. Whether it’s front man Jake Luhrs salsa dancing during breakdowns or bassist Dustin Davidson straddling the stage and barricade, this band’s onstage energy is palpable and magnetic. I can say without a doubt that August Burns Red is one of the most enthusiastic bands that I have ever photographed.

It seems as though the crowd latched on to this vibe pretty quickly. I usually take some time during these shows to people-watch – getting a feel for how the crowd relates and responds to the band. I don’t know about everyone else, but it is really hard for me to feel energized at 10pm on a Wednesday night. But for me, and what I observed within the crowd, there was no fatigue, no fading, and it wasn’t forced. It was just a pure, happy, bright evening spent watching a band that really knows how to have fun.

This was a short, but undeniably fierce set by Rivers of Nihil.