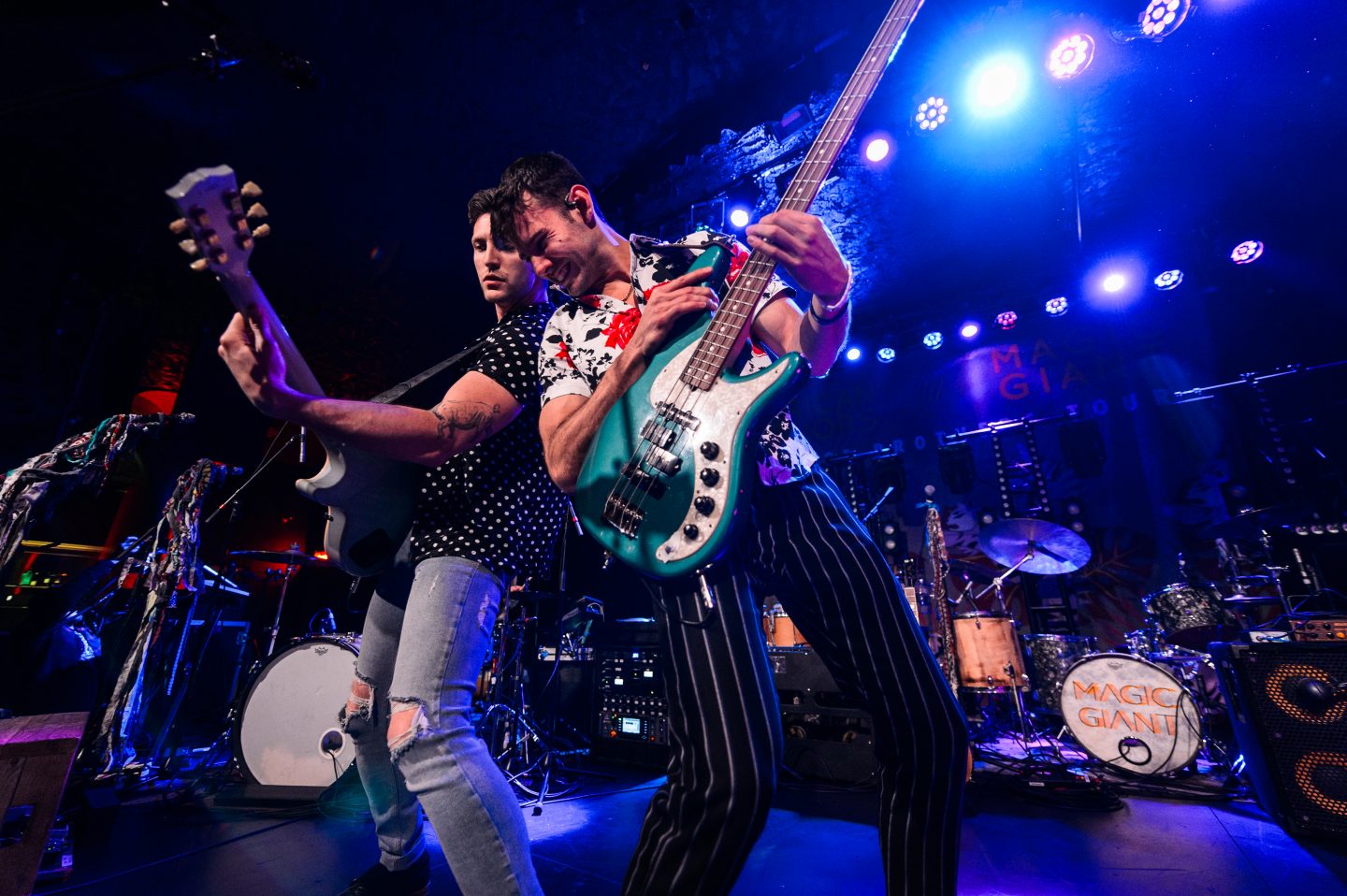 PUBLIC is the kind of band that puts the audience first. Continually acknowledging, encouraging, entertaining and thanking the crowd. Really makes you feel good you got to the show early. On this occasion, PUBLIC was opening for combo-headlining American Authors and MAGIC GIANT. What’s more, this show at Showbox in Seattle was streamed live to kids in hospitals around the world! They reached kids in Sydney Australia, Children’s hospital in Illinois, the UK, and beyond.

PUBLIC came ready with all the energy needed to quickly win some new fans. This Cincinnati-based trio shared some love with their songs but also a story about how much joy it brought to them that their first radio hit, Make You Mine, is a song about love and hope. And how these days we aren’t hearing as many of those songs. Here’s a +1 from me on that. While it might be a bit on the poppier side of music, it’s a well written and performed track. Alongside their other Rock/Pop tunes they make for a lively and worthwhile show.

What really gets me interested in this band though, is how on their website (and YouTube channel) they feature 3 videos documenting a sort of “Day in the life of…” each band member. Using their routine of making music earlier in the day to create an instrumental soundtrack for the duration of the ~2 minute videos. The music featured in these videos is MUCH more blues-like and even borderline funk-like. I would love to hear more of these stylings on future releases!