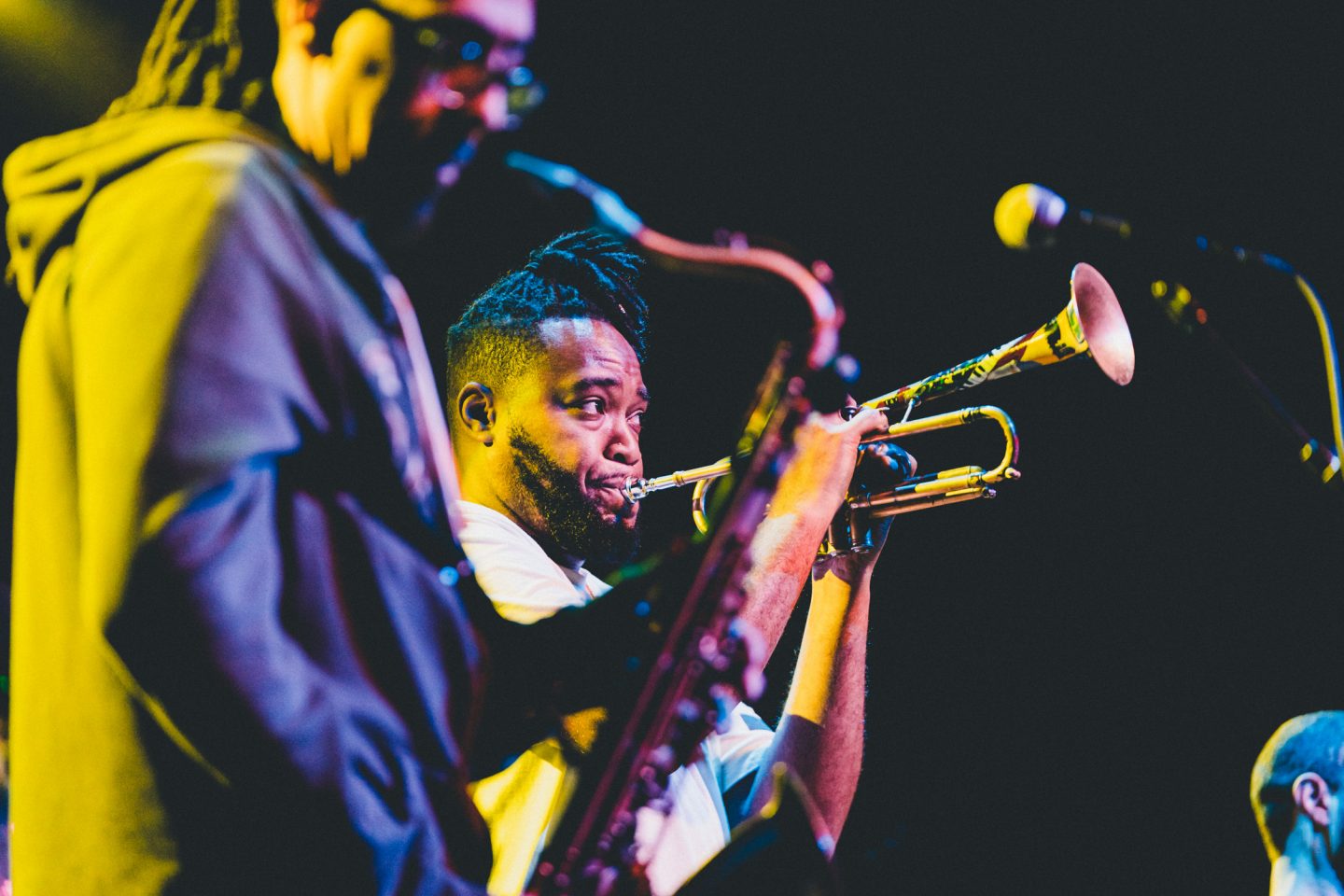 “With the power of soul, anything is possible” – Jimi Hendrix

On the Friday Rebirth Brass Band was booked to play at Thalia Hall, Chicago’s unplowed streets were covered with snow, and the night sky was filled with fog and clouds. Despite the frigid weather, the sold out auditorium was nevertheless filled by the time Rebirth took the stage.

The opening band, Bassel and The Supernaturals, and Rebirth were linked by more than just style. Both bands have strong ties to their homes; ties which give their music a special feeling of authenticity and energy. For Bassel and The Supernaturals, this means making music that reflects Bassel Almadani’s experience as a first generation Syrian-American. Formed in 2016, the year after Donald Trump called “for a total and complete shutdown of Muslims entering the United States,” the band tells a story not only about the war and struggle in Syria, but the love and life there too. Rebirth, formed in the early 80s, has helped champion and represent New Orleans for over 40 years. Unlike the more serious political overtones of Bassel and The Supernaturals, Rebirth has brought the enduring spirit of their hometown through celebration, dance, and always funky jubilation. In a way, the band’s set, which roars through the night, drums constantly beating, solos unrelenting, takes no breaks, and certainly never shows any sign of stopping, is incredibly true to the New Orleans spirit.

Whether bringing an audience to weather a winter storm, or bringing them to action, Rebirth Brass Band along with Bassel and The Supernaturals brought the power of soul and funk to Chicago that night.

Sigrid made Chicago believe she could power up the whole city.