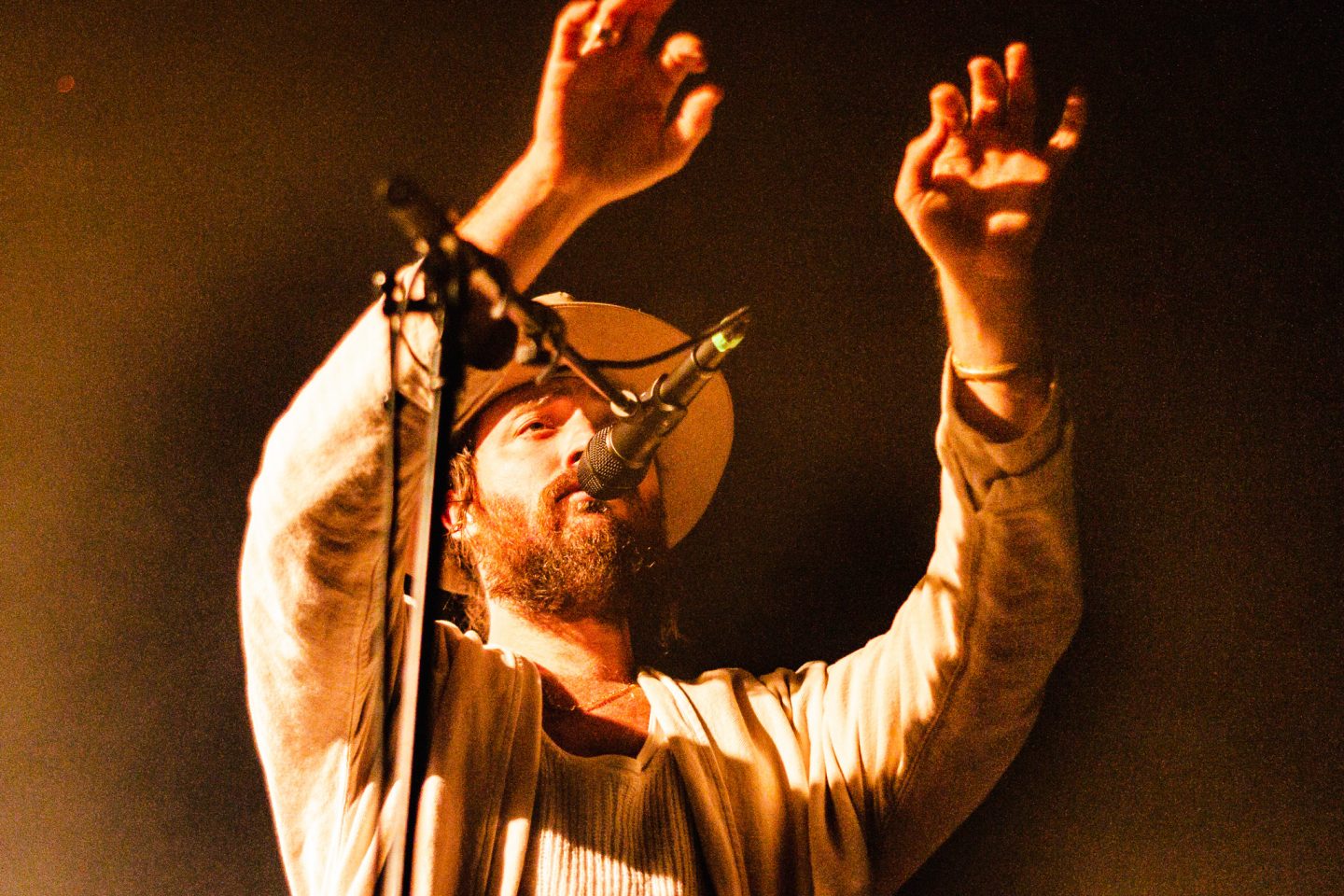 In what could be described as a foggy evening in the streets, bathed beneath the sodium vapor lamps, RY X and his excellent band seemed to be able to mold the energy in the room. Often shrouded in darkness, only faintly side lit or back lit, RY X moved about the stage with a delicate feel and almost ghost like. There’s nothing faint about the man, however, when he sings. His voice has such richness and character and commands one’s full attention.

The crowd at Thalia Hall indeed paid full attention. The room felt a bit like a meditation sequence and was an amazing chill vibe for this (finally) pleasant Tuesday evening in March. RY aka Ry Cuming, paused several times to thank the crowd for “holding space” with him and his band. It was a very sincere expression of deep thanks to the audience for choosing to spend their evening taking in their art. He also effortlessly moved around the stage operating the two synth and loop stations to his left and right as well as picking up a guitar, sometimes multiple times, during a single song, all this while laying down the incredible vocal lines. Despite all the technology on stage, his 3 other band mates also situated behind their share of equipment, it seemed almost more like fine art being created with chalks, pens and paper. There was such a calmness and purpose behind the entire spectacle. When the show ended, I actually felt very rested and invigorated.

RY X ended the Thalia Hall set with the amazing “Howling” from his 2016 record Dawn. Evidently, the call for a encore took them entirely by surprise. It must have been unplanned, as he indeed stated, as illustrated by the fact that we were able to observe the group setting up and tuning up for a good 5 minutes. Playful calls from the crowd ensued and banter back and for followed, which gave the situation a very communal feeling. While the track below is not from this Chicago gig, it goes to show the power and beauty based in the elegant simplicity which is RY X. Enjoy the track and the photos down below: