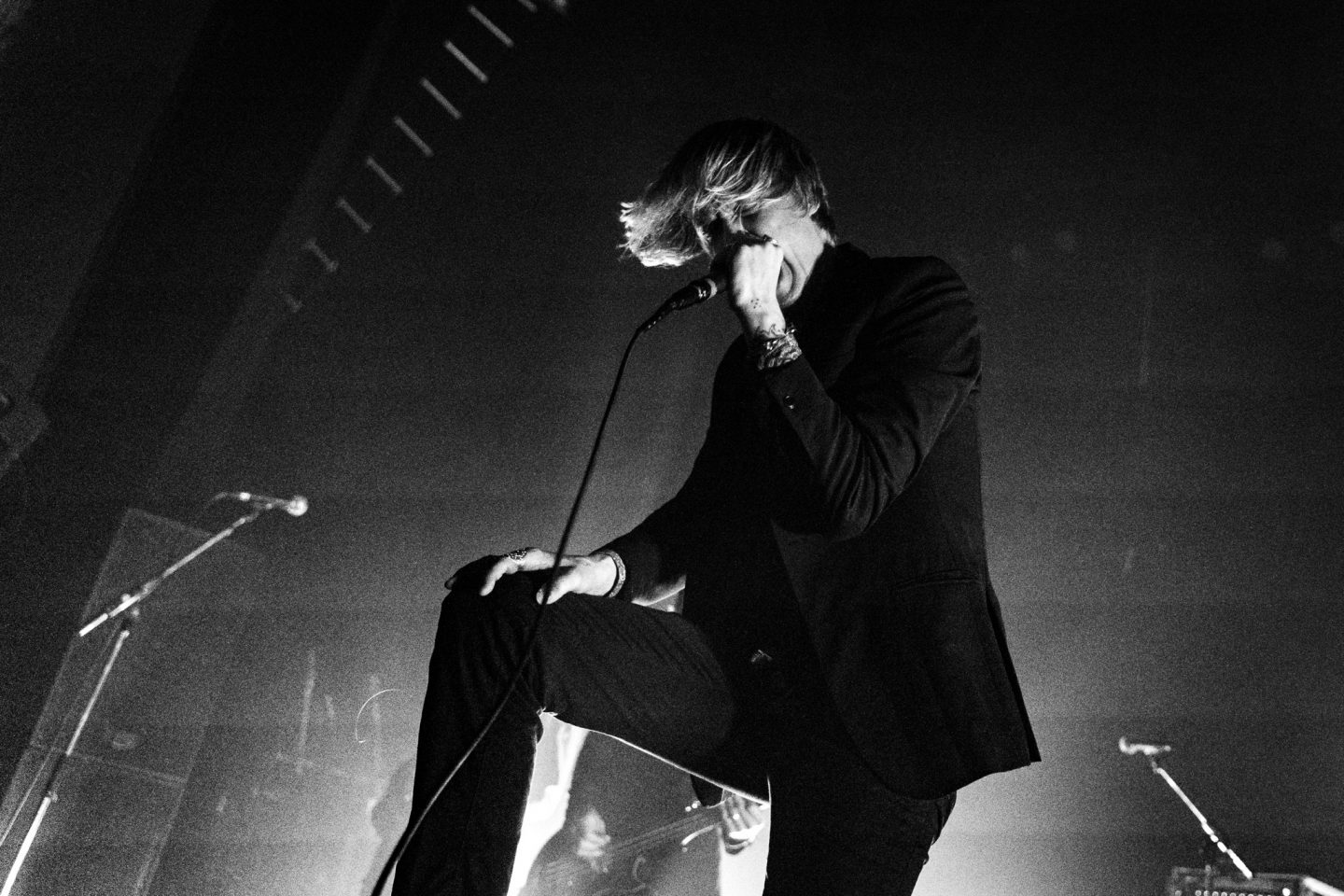 Refused at The Vic Theatre

Refused has a great backstory, a bit of a saga even. This hugely influential hardcore band from Sweden famously released their iconic record The Shape of Punk to Come and then proceeded to implode in true anarchist fashion. This record and the biting EPs that proceeded it lived on in the hearts of fans of Refused as they slowly got over the fact that any sort of reunion of Refused proper would ever happen. The documentary Refused Are Fucking Dead is a compelling watch and a bit of an insight into what was going on with the band back then in 1998.

2015 saw the release of the full-length Freedom and 2016 brought another tease in Servants of Death. But, even this activity had a sort of on again, off again feel with hiatus following reunion and hiatus again. Lead singer Dennis Lyxzèn, as well as the other band members, have remained very active with other music projects, but Refused remained shrouded in mystery.

Until now. Refused is definitely up to something. Out on a lengthy tour with fellow Swedish punkers The Hives, one has to believe that a new record is imminent, although at the time of this writing, nothing is for certain.

Their set at The Vic was bookended with two absolute Refused classics…”Rather Be Dead” with it’s dramatic introduction and “New Noise” with what is, in my opinion, one of the best drops in hardcore history. Everybody knows the “Can I Scream?” lyric that follows the brilliant electronic break and it seemed like everyone in the place knew it was coming. It’s a spine tingling moment as the theatre goes totally ape-shit.

We also know that Dennis has plenty to say about the state of our world and it’s leadership, politics, views toward women, etc. A lengthy talk preceded a song announced as new entitled “Blood Red Until I’m Dead.” He speaks of feminism being very strong today. He speaks of the one-percent being scared.

Quoting as best as possible here: “The one percent are scared, as they should be, because it’s still we the people, right?…we will pick each other up…if I fall, you will pick me up…if you fall, I will pick you up…equality and solidarity.”

Dennis’s speeches have a building tension flow to them and usually reach some sort of extremely notable climax. Tonight’s discussion was no exception as he makes it clear in no (insert cuss word of choice here) uncertain terms, that “I will keep fighting until I have a fucking heart attack on stage.” If that doesn’t send a chill down your spine, feel free to exit. “Blood Red Until I’m Dead” follows. Refused are fucking back.

Prepare to break something (time 1:00) with this legend. Can I scream?