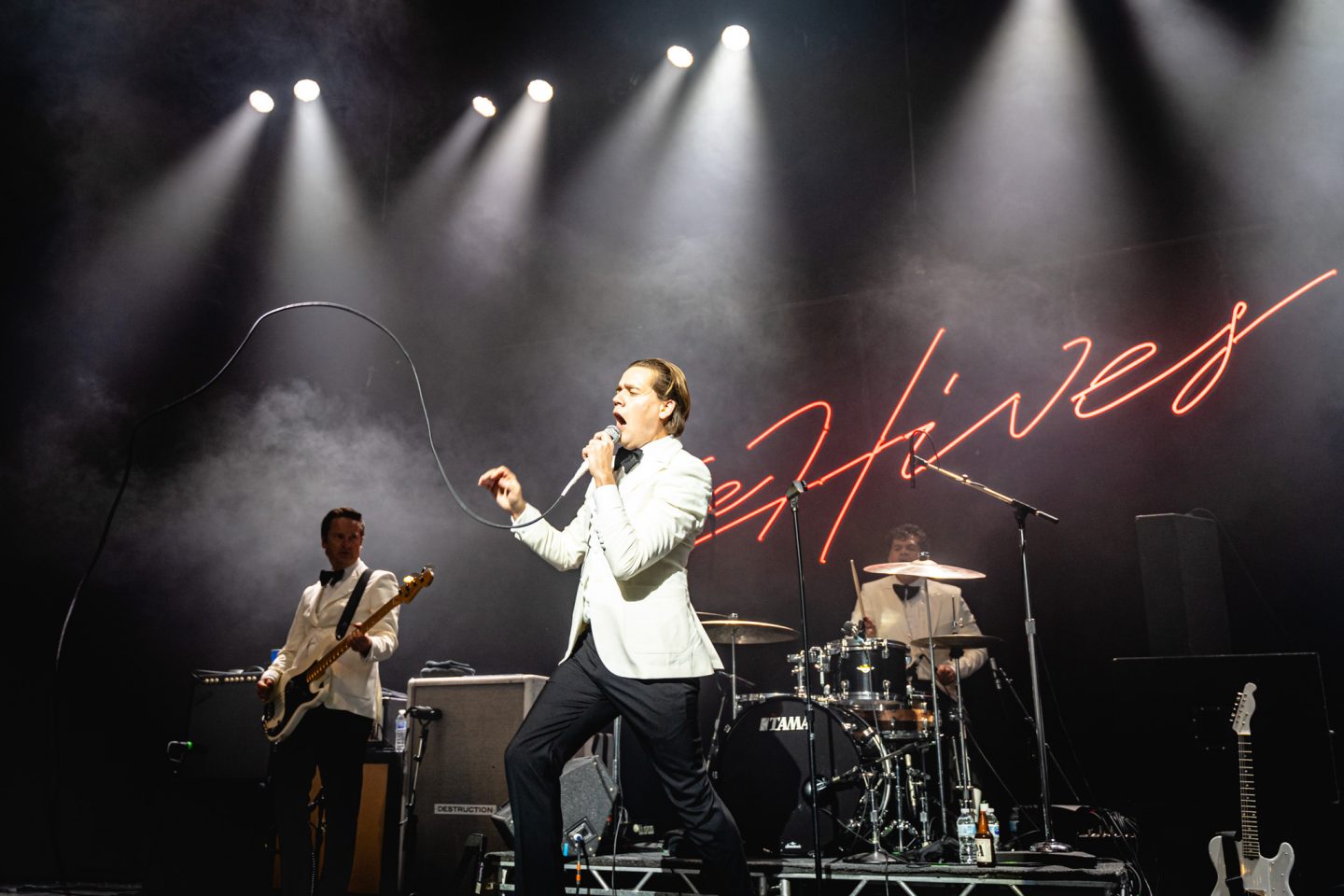 The Hives lifted the lid off Chicago’s Vic Theatre last Monday evening with an amazing performance. I felt late to the party and very under-dressed as the Swedish quintet, clad in matching formal wear (plus a few ninjas shaking things in the back and running around picking up dumped over monitors), proceeded to squash all doubts regarding the power of showmanship. Honestly, whether it was the pure energy onstage or lead singer Howlin’ Pelle Almqvist’s bonkers inter-song banter, I’m not sure I blinked but for a few times and for sure had a stupid ear to ear grin 90% of the time. “I’ve been in this shit for 25 years…(pause)…since I was 1.” Wait, what?!? But before one has time to figure out what the pelle is being said, some guitar riff slaps you in the face and off we all go again.

Out and about for the first time in a while, and on the road with co-headliners Refused, The Hives are hitting up just a few select, lucky towns around the U.S. of A. Probably testing out the vibe and maybe their own resolve or cohesiveness, they treated fans to about 10 tunes and a bitchin’ encore. If the freshly minted in May of 2019 track “I’m Alive” is any indication, I dare say, that it’s gonna be alright and we’re hopefully going to be hearing more from them in the near future.

There’s no such thing as the good old days. The good days are ahead of me. Howlin’ Pelle Almqvist

The fans in the theatre were obviously ready to get at it as well, as they responded to every chorus, every question and even a request to part the floor so as to create an aisle for Almqvist to do his thing in the closest of proximity to the fans. There was stage diving, body surfing, gear tipping, cup tossing, calls to the ladies, calls to the gentlemen…all the essentials a grand old rock n roll show. Although, the highlight had to be the band freeze framing in mid-act for what had to be close to 4 minutes (see last photo). As the band posed, posterized style, the crowd slowly built in volume and exercised their own lungs, waiting for what felt like an eternity for The Hives to drop back out of suspended animation. Damn…here comes that stupid ear to ear grin again.

Refused at The Vic Theatre

Refused doesn't seem to have slowed down in the least.