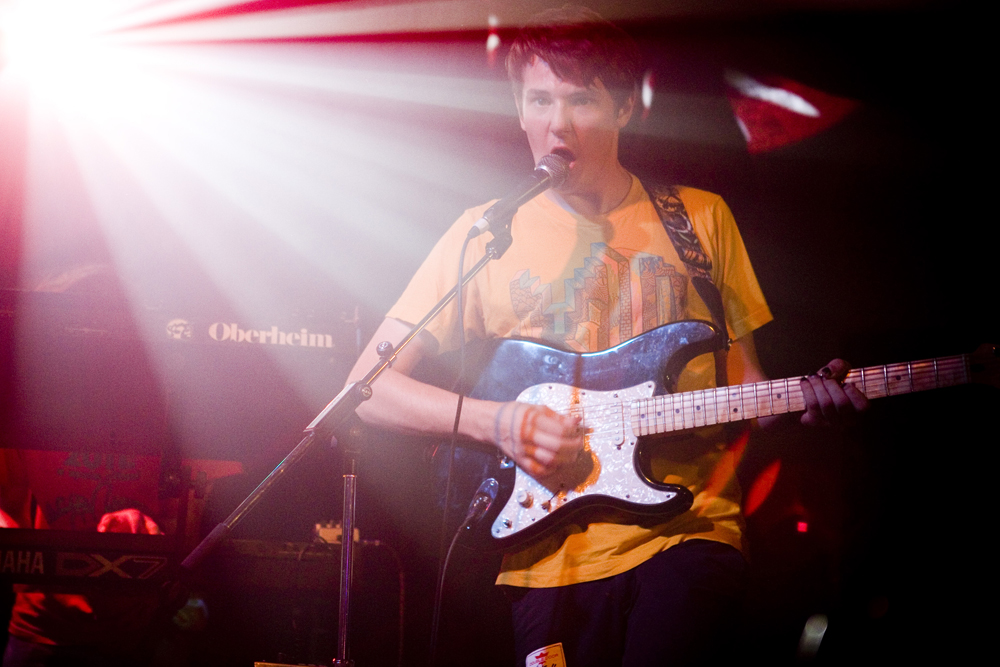 Reptar is billed by more than one place as a “band to watch” and/or the “must see concert of 2011.” They’re currently touring in support of their new album “Oblangle Fizz, Y’all.” With comments like that and an album title that makes as much sense as tits on a bull we were cautiously optimistic about what to expect from the performance. We shouldn’t have been.

The quintet blanketed in an array of psychedelic colors (the vibe perfectly correlates with their sound) rocks out with a passion and propensity for pure excellence that we haven’t seen emanating from the stage in quite some time. The song “Natural Bridge” starts as the opening for Happy Days style sitcom and then crescendos into an almost violent cacophony of guttural noises and instrumental melody. The lead singer plays his role with such abandon that he could, at any point in time, look like he’s in the midst of a full-on facial seizure. There was tambourine played from atop the shoulders of the bass player (who was obviously still playing).

Reptar has a sound similar to some bands you might be familiar with. Polyphonic Spree without the pomp and circumstance. The lunar lander to Animal Collective’s space shuttle (they also share the same producer). Talking Heads that’s a little more fun than just David Byrne. One crowd member commented that they’re “Architecture in Helsinki but slightly less douchey – and with mustaches.”

I could sit here and write adjective after adjective after adjective about how awesome the performance was, but it still wouldn’t do Reptar justice. They’re a little bit insane, but that’s at least half the reason the entire Double Door was moving their feet to the music. I hate agreeing with critics about anything, but in this case they’re right. You REALLY need to see Reptar live.