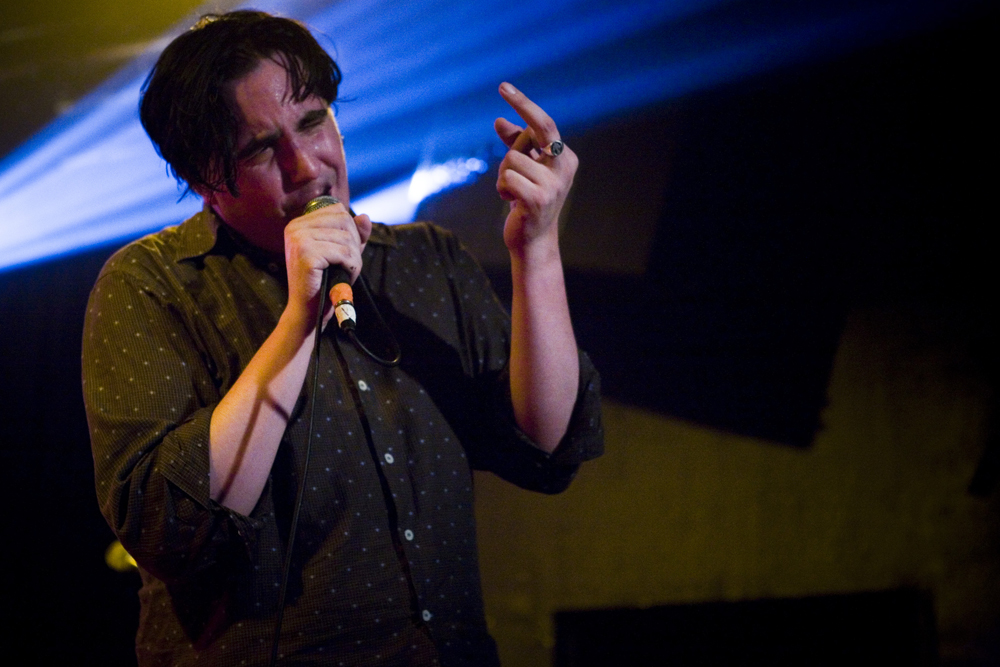 Just in case the picture isn’t indication enough, Art Brut is the musical equivalent of a big, extended middle finger to the rest of the world. It’s not “Fuck You!” in the classical meaning of the gesture, but more like a slightly derogatory “fuck you.” shared among friends. It might be a little late in the process to mention this, but Art Brut isn’t the type of band afraid to use expletives. As the members of Art Brut filed on stage to the starting bars of GnR’s “Paradise City,” it was clear that Eddie Argos’ and his merry brand of abrasive rock n’ rollers were going to take everyone down to a place where the (metaphorical) grass is green and the girls are pretty.

“This world is fucked and you’re an idiot.” Ok, so maybe the metaphorical grass isn’t actually that green. But you have to take it with a grain of salt. Art Brut is–much like the cologne that shares one half of their name–a little on the abrasive side. It’s not like musical sandpaper rubbing the inside of your eardrums, but it isn’t exactly what I would describe as candy for your ears either… unless you know what you’re getting yourself into.

Art Brut is loud. It’s obnoxious. It’s music just angry enough to get you over the bullshit in your life – without being so angry that you can’t play it at a party. When the words escape Argos’ mouth, they do so with a particularly swoon-worthy, cocksure “Ello. I’m Brit-ish” (bonus European points for the popped collar and ascot on the guitar player) accent that will most certainly leave some members of the audience weak in the knees. If the accent itself isn’t enough to get you all hot and bothered, the dancing certainly will be.

With a go-to-hell angry passion, sometimes inappropriate lyrics and a big middle finger to the audience (perhaps the rest of the world), Art Brut isn’t music you’d let your kids listen to, but that’s exactly what makes it so fucking fantastic.