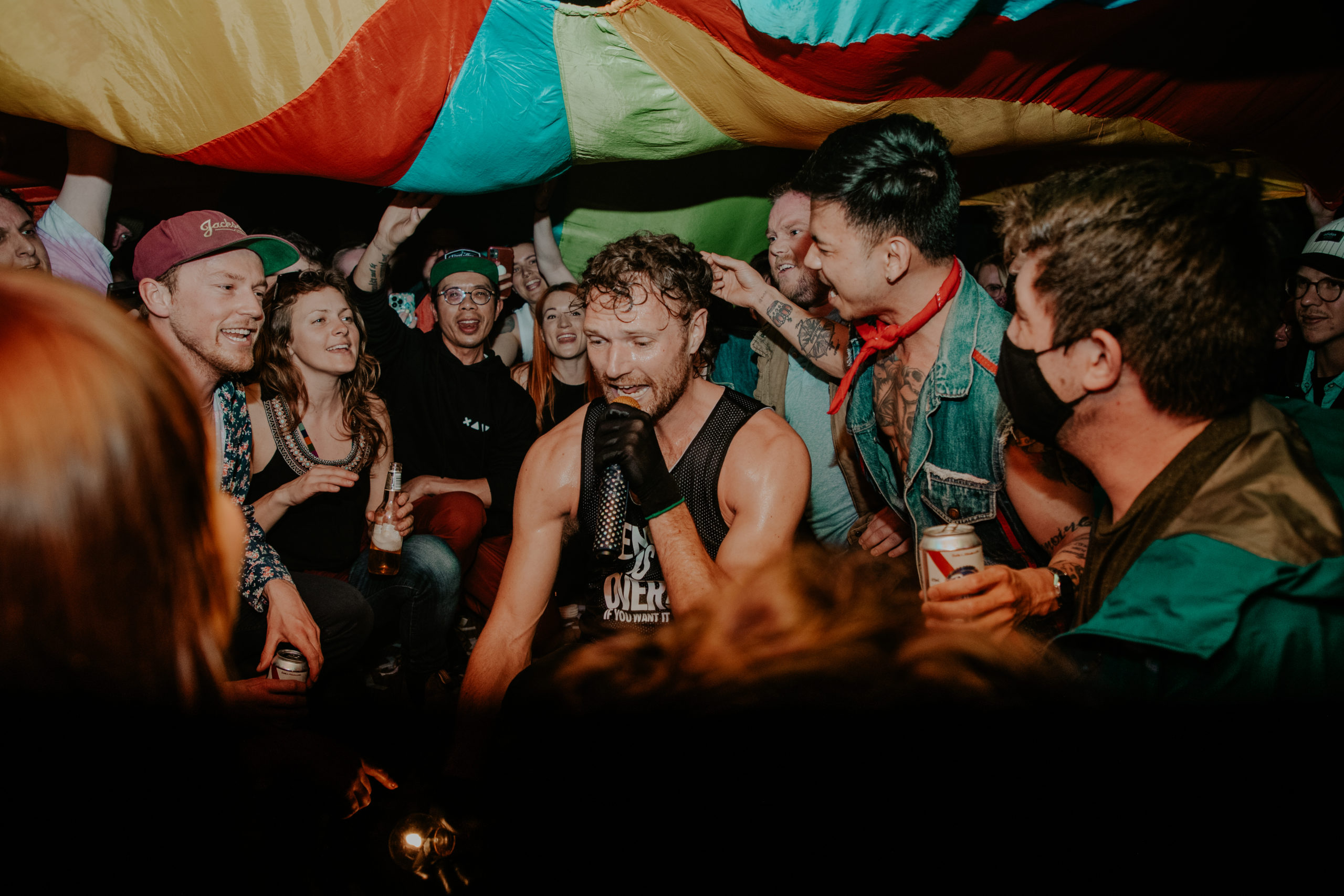 The Fortune Sound Club is far from the largest venue in Vancouver; it’s not a difficult task to fill it with sound, but not everyone can single-handedly fill this venue with energy. Rich Aucoin definitely managed to do just that.

Aucoin started the show by making the already intimate venue feel even more intimate. Turning off all but a couple of lights, coming out with a handheld light bulb, and asking all of us gathered to get as close to the stage as possible, he was ready to begin his performance. Under the light of that lightbulb, we all gathered, waiting in anticipation.

The pace of the show was guided by an AV presentation full of old pop culture references that took us all on a trip down memory lane. Aucoin’s performance and energy, paired with the images projected on stage, transported us all to a time when movies, friends, and sleepovers were all that mattered, when all dreams seemed attainable, and when political divisiveness did not rule our world. For an entire hour, all that was important was believing that we could make this world a better place, that we could still achieve the dreams we had forgotten about.

Several times through the night Aucoin left the stage to sing among the crowd and at one point we found ourselves dancing with Rich under the sight of a colorful sky as a giant parachute was extended over the crowd (yes, just like in elementary PE class).

There were no flashy visuals, extra smoke, or gimmicky effects in this show, only a couple of lights, a drummer, a parachute, a passionate musician who really knew how to engage a crowd, and a crowd that was ready for a good time come what may.

A show you can get down to