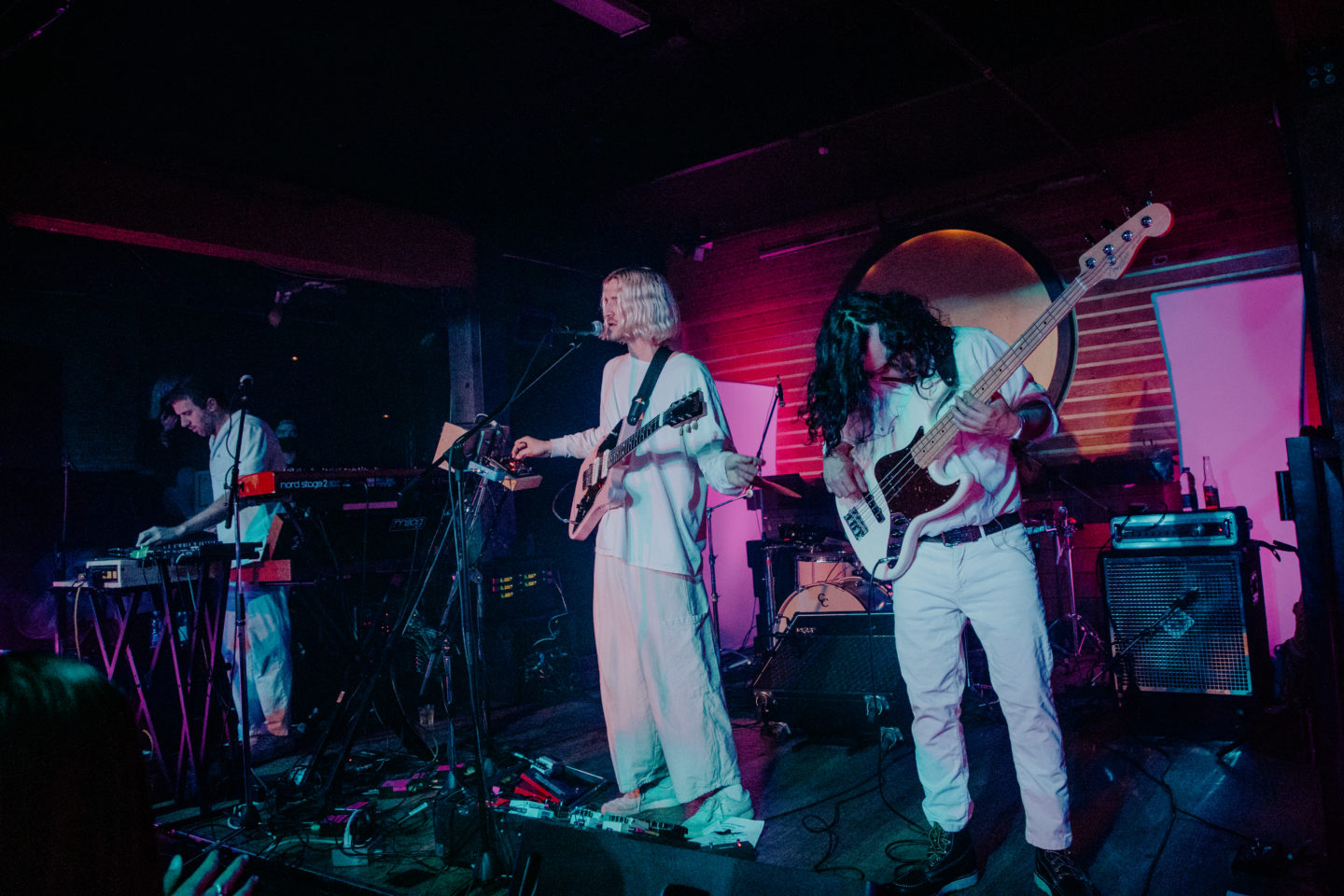 After two years of not being able to dance like the people want to, NEIL FRANCES showed up and gave the people exactly what they needed: a show you could get down to.

The group, dressed all in white, took to the stage as the whole crowd cheered and gathered closer, filling the venue with an 80’s disco-inspired sound. Marc’s bleached blonde waves falling in front of his face, the group opened with their song ‘It’s Like A Dream’. With lyrics like “it’s been too long,” the song had me feeling more grateful than ever to be standing in front of a huge set of speakers, surrounded by a crowd all dancing to the same beat.

Neil Frances seems to pull on many genres, from 80’s disco to psychedelic and grunge rock, to pop. Live, I could really feel the heavy bass and drums, the deep sound effectively grounding the high 80’s electronic, creating a unique vibe I really loved to dance to. For my first show back with dancing allowed, I couldn’t have asked for better energy. The dense crowd was bouncing in unison and any pocket of space people could find was quickly filled with free-moving dance moves.

Throughout each song, Marc plays with a pedal to distort his voice, producing a wide range of vocals while maintaining a consistent sound throughout the show, using his voice like another instrument he can master, creating everything from big echos and a high pitch, to a low, almost robotic tone.

One of my favourite moments of the night came as they began ‘be free.’, the group went off script and began with an experimental symphony of sci-fi, psychedelic sound. The song built for almost 2 minutes, the crowd waiting, moving, building with the band. The excitement was palpable, growing until the song broke through, perfectly timed, with the crowd, arms in the air, jumping with the music.

They finished their set with their cover of ‘Music Sounds Better With You’, the end of which was met with chanting of “one more song!”, included from their opener Luke Wild, who could be seen amongst the crowd. The group dutifully came back on stage with their cover of ‘Teardrops’ and wrapped up their 2 song encore with a rendition of ‘Dumb Love’, initially performed just by Marc and his guitar, before the rest of the group joined in to help wrap up the show.