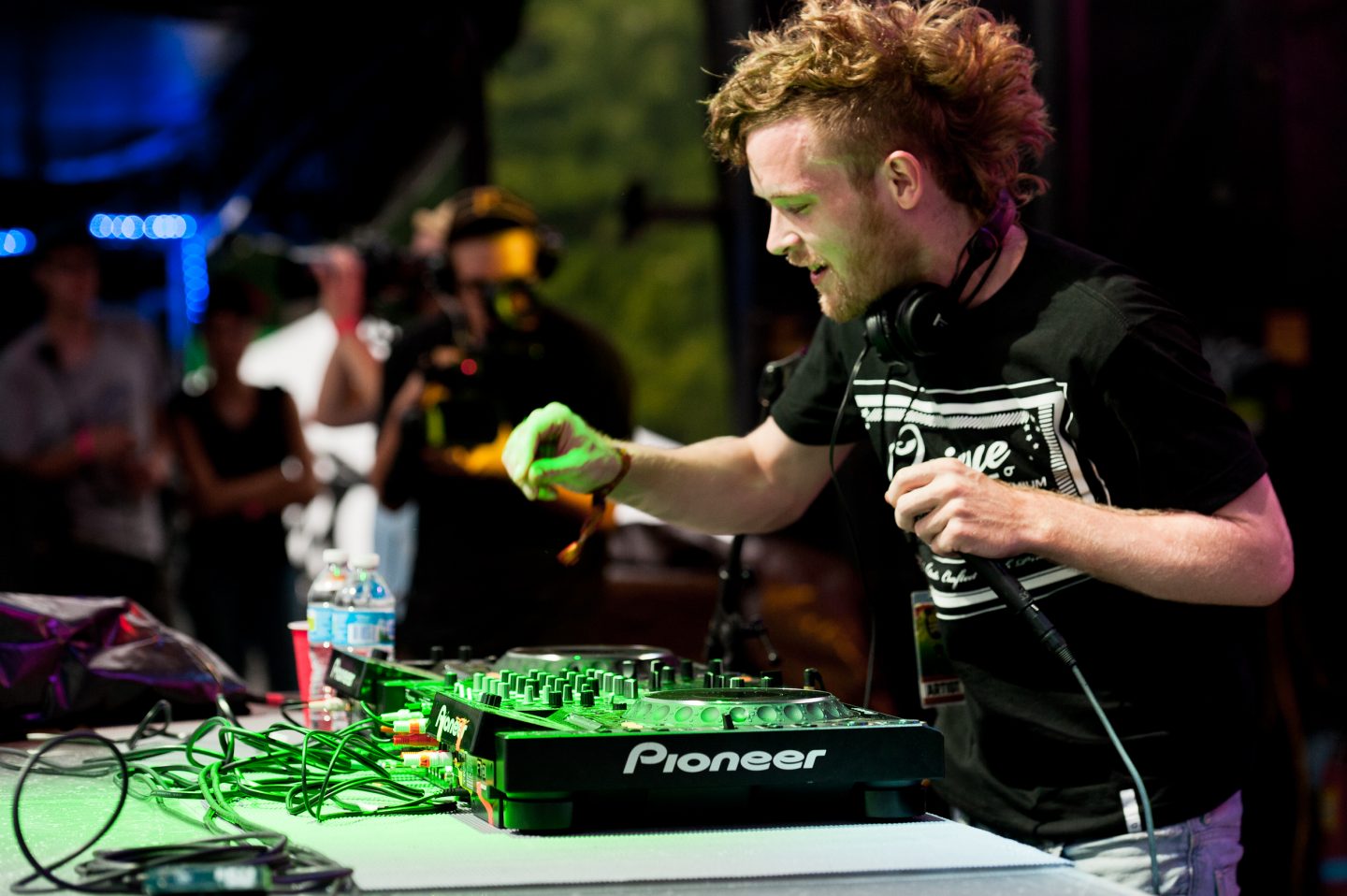 In the world of dubstep, there’s Rusko and everyone else. On stage in front of screen filled with what can only be described as electronic lava, Rusko bounced around seemingly afraid of getting burned as he made love to his equipment (and by extension, the audience) like a man getting freaky with his lady – with lots of twisting, pinching and pulling.

The mixes were heavy on the bass and rough on the eardrums in a way you can only appreciate when they’re being piped into your brain from speakers that eclipse you like the moon eclipses the sun. It was rough and dirty like a kid who hasn’t showered for two days, covered in sweat, rubbing up against you shirtless with an enormous grin on his face. A brain-raping trip down the rabbit hole punctuated by shrieks, screams and squelches almost as loud as the thumping reverberating through the place in your skull where your brain used to be.

In other words, it was a filthy, sweaty, ridiculously good time that takes a solid day to recover from. You know, if you’re into that sort of thing.