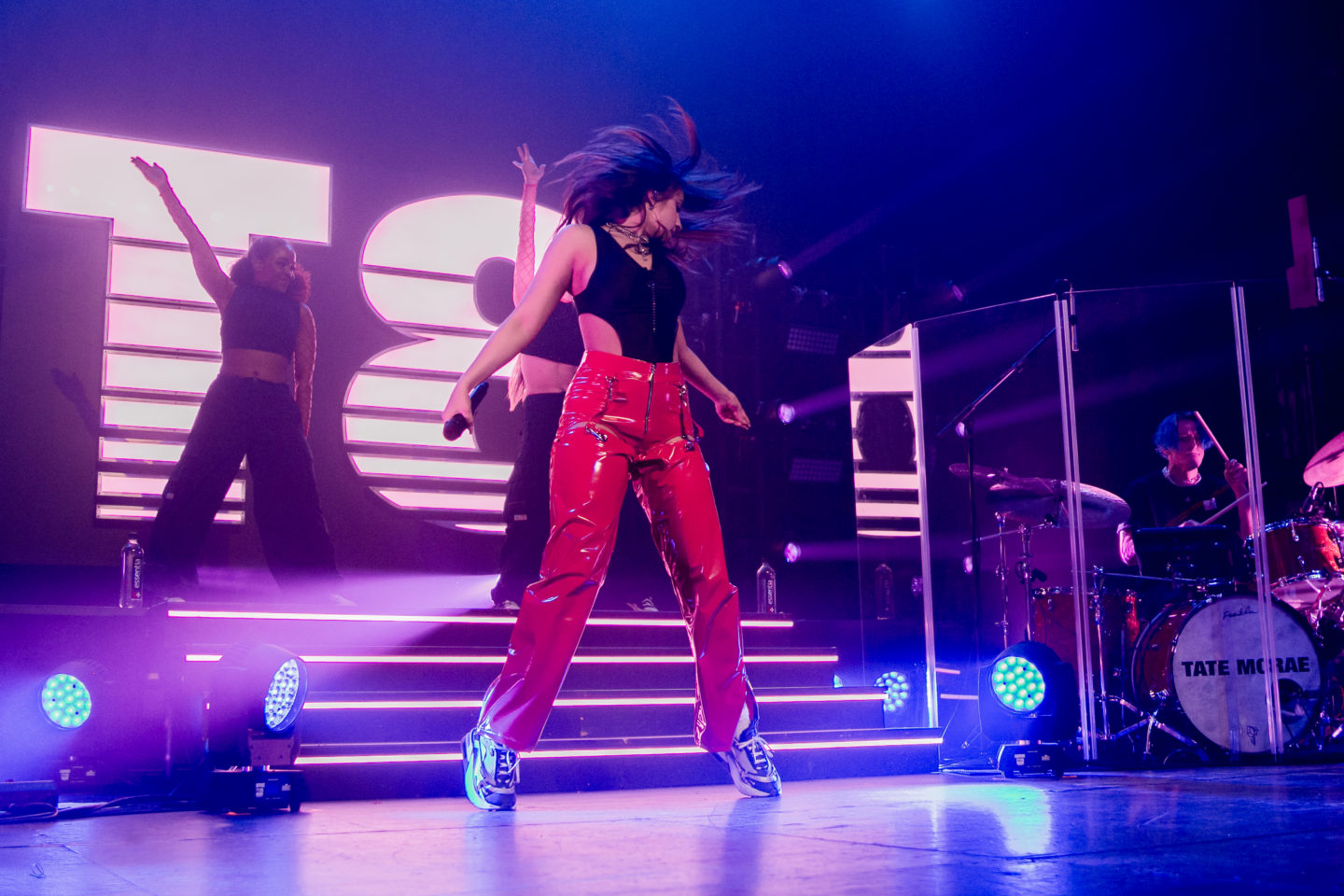 18 year-old pop singer Tate Mcrae brings an incredibly powerful energy and stage presence undefinable by her youth. Her target teenage audience matched her energy with eager bodies pressed up against the barricade, dressed in trendy outfits and makeup.

Mcrae proved on stage that she’s not only an impressive vocalist, but also as a strong pop dancer. With the Fonda stage adorned by a large light up sign of a play on her name “T8” and accompanied most of the night by her two female backup dancers who she expressed strong gratitude for, the three of them truly left everything on the stage and made the most of her headlining tour stop. She took turns focusing on showcasing her dance experience and flexibility during her upbeat pop anthems. Then, turned the energy down for her slower teenage ballads where she knelt to connect at eye level with her fans in the front row.

She opened with her upbeat 2019 single “stupid” to start off the energetic night, releasing everyone’s anticipation for her entrance with a teenage party anthem. Then transitioned into her slower songs from her recent catalogue including “r u ok” and “all my friends are fake.” The rest of the night included a cover of the well known ballad “Breakeven” by The Script that even the parents in the back knew! She closed her memorable performance with her most recent upbeat single “she’s all i wanna be” and another visceral heartbreak showcasing her powerful vocals with “you broke me first”.

Whether the songs were fast or slow, her fans made sure to scream every word, communicating how Mcrae’s relatable lyrics about relationships, friendships, and teenage insecurities connect wholeheartedly with her devoted audience of a similar age.

You can’t visualize her amazing dancing or her clear willingness and excitement to connect with her fans by just listening to her music alone. Mcrae is a multi-talented performer at heart, and with the popularity of her most recent single “she’s all i wanna be”, I can’t wait to watch both her music and dancing grow!

The Marías at The Novo