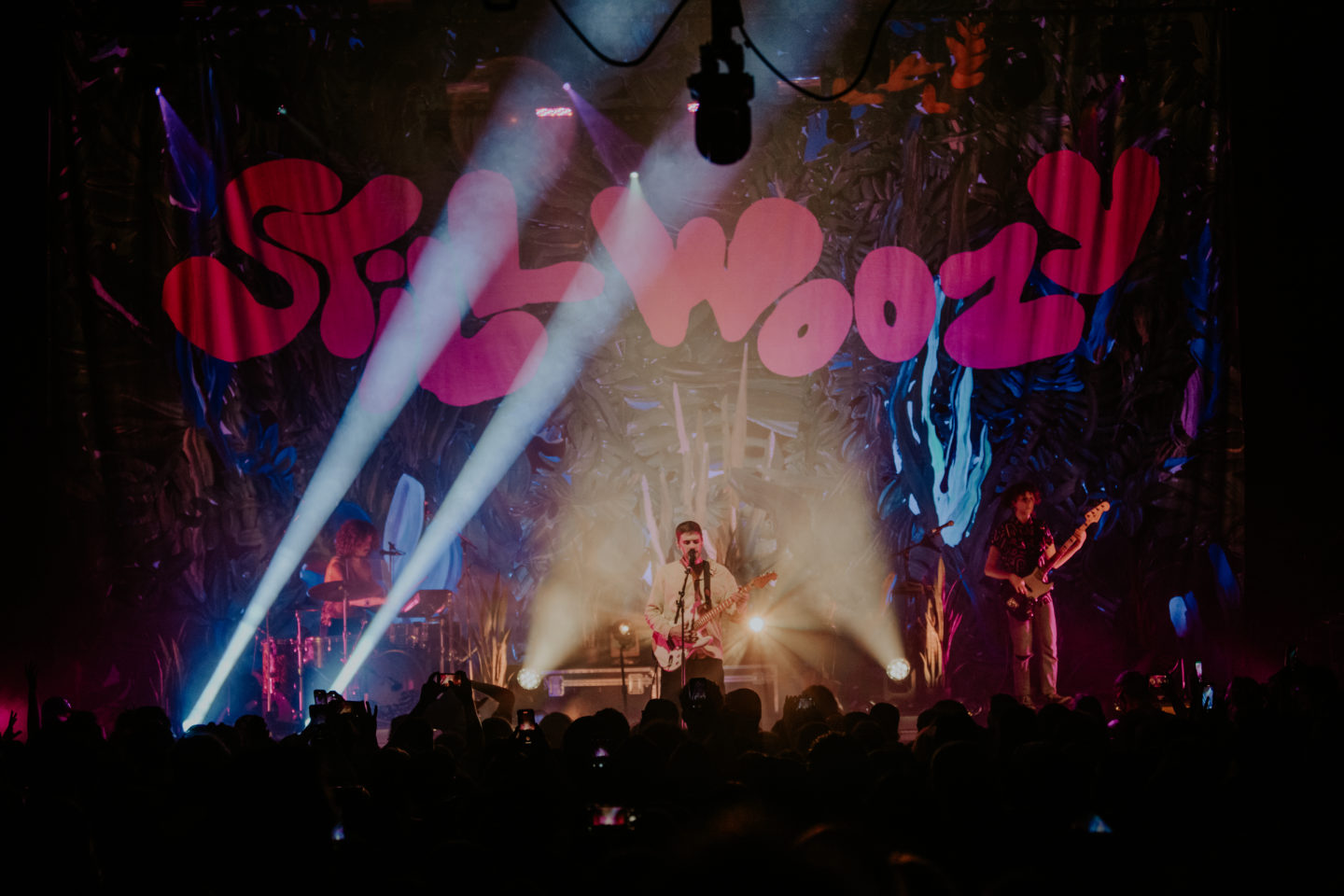 You don’t get Still Woozy, or really any musician in the realm of synth, funk, pop music without expecting a bit of a party performance. You mix that with pent-up music lovers who have spent the last two years with very few live shows and limited capacity, and the excitement in the Vogue felt like a headliner at Rogers Arena.

Sven Gamsky (singer, producer, mixer, and creator of Still Woozy) showed up with his characteristic smooth vocals and unparalleled energy that make his sound so contagious. Even as he danced across the stage, his voice never missed a note and rang out as steady as if streaming through speakers in your room.

The beauty of a concert like this is that Still Woozy is just on the brink. His rise to stardom so far has been quick and steep so being in the throes of his first album tour, standing shoulder to shoulder with fellow fans who knew every lyric and loved every lyric, felt like a defining moment—the moment right before it never goes back to the way it was before.

The night started strong but simple—three players on the stage bringing to life crowd favourites: Window, Rocky, and Get By. And the crowd was feeling it. At every turn in the show, the roars rose higher, the lighters got brighter, and bodies shuffled closer. The night, the crowd, and the deep love for this music—it captivated you.

The road to this moment of fame had begun barely a minute ago. He released his first singles in 2017, and quickly gained excitement around his pop-funk music even before he released his first EP in 2019. With just 10 originals under his belt, he successfully made his way touring big North American cities, including a memorable performance in our very own Biltmore in Jan of 2019. By the time 2022 came around he had released a few more singles but most importantly the debut album that fans had been dying for—If This Isn’t Nice, I Don’t Know What Is.

Not only is Still Woozy an impressive performer with beautifully layered composition, but (if I do say so myself) some of the most universal shoulder-shaking music out there right now.

By the end of the show, we had seen the drummer dance center stage, the bass player nail a solo while laying across Sven’s back, and at the closing song, the entire crew abandoning their instruments for a dance party with the opening band. If you weren’t dancing at the Vogue that night, I’m not sure where you were.

My sign of a good performance always comes back to the musician and if they are having at least the same or more fun than the crowd—and that’s exactly what Still Woozy delivered. Authenticity makes an artist truly attractive and Still Woozy’s weird, magnetic, vibey sound came out in a way that is so clearly dictated by his own energy and his energy alone.