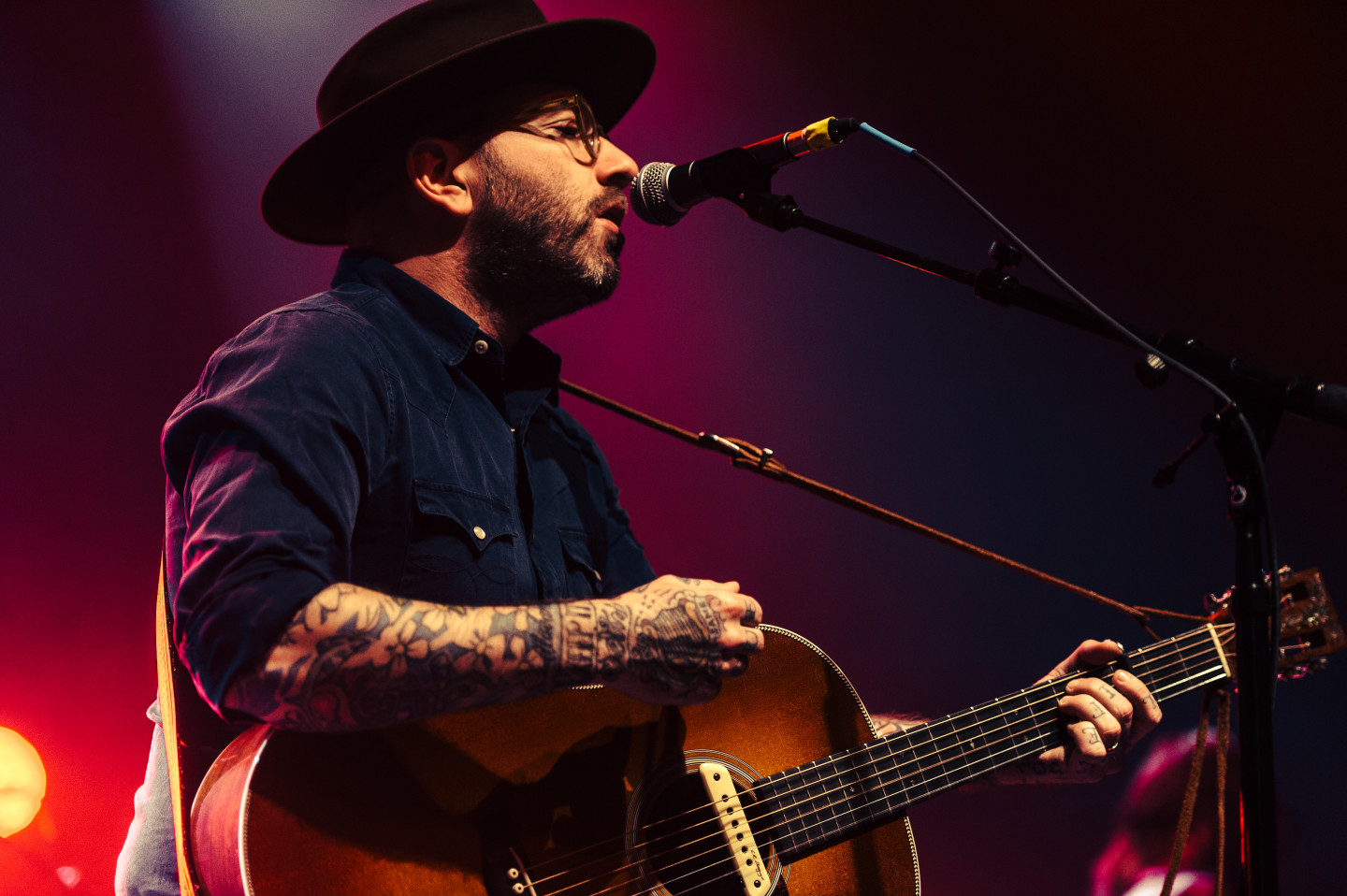 On a wet and gloomy fall Chicago evening, City and Colour brought a storm of vocally driven songs to the Riviera. The night was ripe for their melodic storytelling. With four full albums in the bank, the five piece group led by Dallas Green had plenty to offer. The only thing I was disappointed with was their departure from the stage around 10pm. I’m going to go out on a limb and say I’m not the only one who could’ve let my ears soak them in for even longer. When Green’s vocals first strayed away from an expected rhythmic pattern I was caught hook, line, and sinker.

On a number of occasions Green would take liberties with his vocal lines only someone in complete control of their talent could do. We’ve all heard musicians whom perform carbon copies of their recordings. Don’t get me wrong, there is nothing wrong with a strong performance of what you normally hear in your ear buds. But personally, I think it’s amazing to hear groups venture away from the norm while still keeping the music’s structural integrity intact. From taking notes and lines to different registers, to manipulating time or rhythms the show was littered with these moments. It wasn’t just Green pulling cards out off his sleeve. During “Grand Optimist” a guitar fill outlined that of the recording, but improvised around the basic theme. Quite possibly my favorite change of the night was the crowd fake-out they pulled during “As Much as I Ever Could”. Coming out of what appeared to be an emotional climax, the group allowed the crowd a moment to cheer. Before our hands were back down to our sides they jumped right back in to fully finish the tune. Times like that keep fans wanting more and more. I’m sure you can see where I might be going next.

While four of the members were off the stage leaving Green to serenade us on his own accord, he took time to share another moment not to be forgotten. Before performing “Body in a Box” Green chatted with the crowd about enjoying the moment. He talked about people being too hung up on trying to capture moments with pictures or videos instead of actually soaking in what‘s happening. After a request for everyone in attendance to put away their phones he put on quite a memorable moment. His words struck with me and I intend on keeping my eyes off my phone a little bit more so nothing around me passes by unnoticed.

I wish the set hadn’t ended. Even with the amount of material they performed, I still wanted more. Led by one of the better vocal performances I’ve heard in a while, City and Colour owned the night. I feel for those who missed out on this performance and hope you get the chance to see them next time around. There were far too many memories to miss out on.