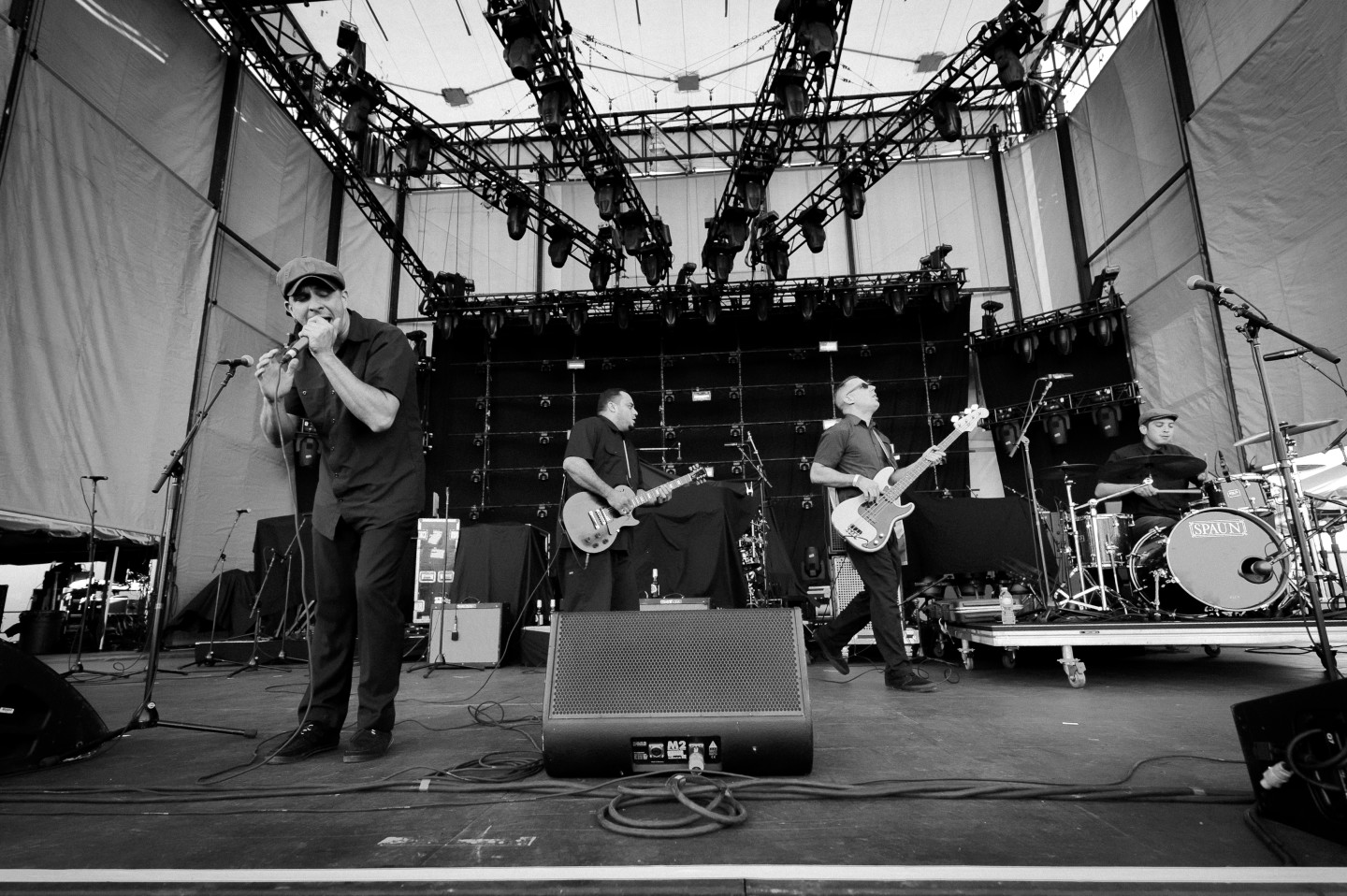 The Aggrolites stepped on the scene with a gangster lean. Buttoned all the way up and dressed in black like the omen, the Southern California back packing reggae collective had their game faces on. Charging the stage for a full hour, their sound hit the crowd igniting head bobbing and feet tapping for the rest of the evening.

It was the perfect cool fall night. Low 70′s, slight cross wind. Perfect evening for some live music at Northerly Island. The Aggrolites with their blend of ska and “dirty” reggae were the perfect compliment to the city skyline and the boats trolling on Lake Michigan.

Jesse Wagner’s voice was the most discernible piece of the act. As most reggae emcee’s sing with low tones and lyrics that a first class dictation system couldn’t translate, Mr. Wagner’s pushed those words out like a boss. Strong. Powerful. Lively. I would expect nothing less from LA’s finest. Roger Rivas on the keys had rhythm and their whole set that was smooth like a pace car. It really is the kind of music you’d like to hear on the beach in south orange county, or in an underground club in downtown LA (Swingers style). They got some serious cheers from the fans when they put on their Slightly Stoopid throwbacks, showing love for their Unity Tour cohorts. Shouts from the crowd ranged from “blow that brass!” (as the trombone player wailed) to “Reggae and Rock Steady live on!” as Kyle McDonald from Slightly Stoopid joined them to lay down 16 bars.

To me, bands like this seem to fly under the radar. The aftermath of Sublime blazed a trail for groups like Ozomatli, Less than Jake and Rebelution. The Aggrolites have carved their place in this genre of music. They can definitely rock… steady that is.