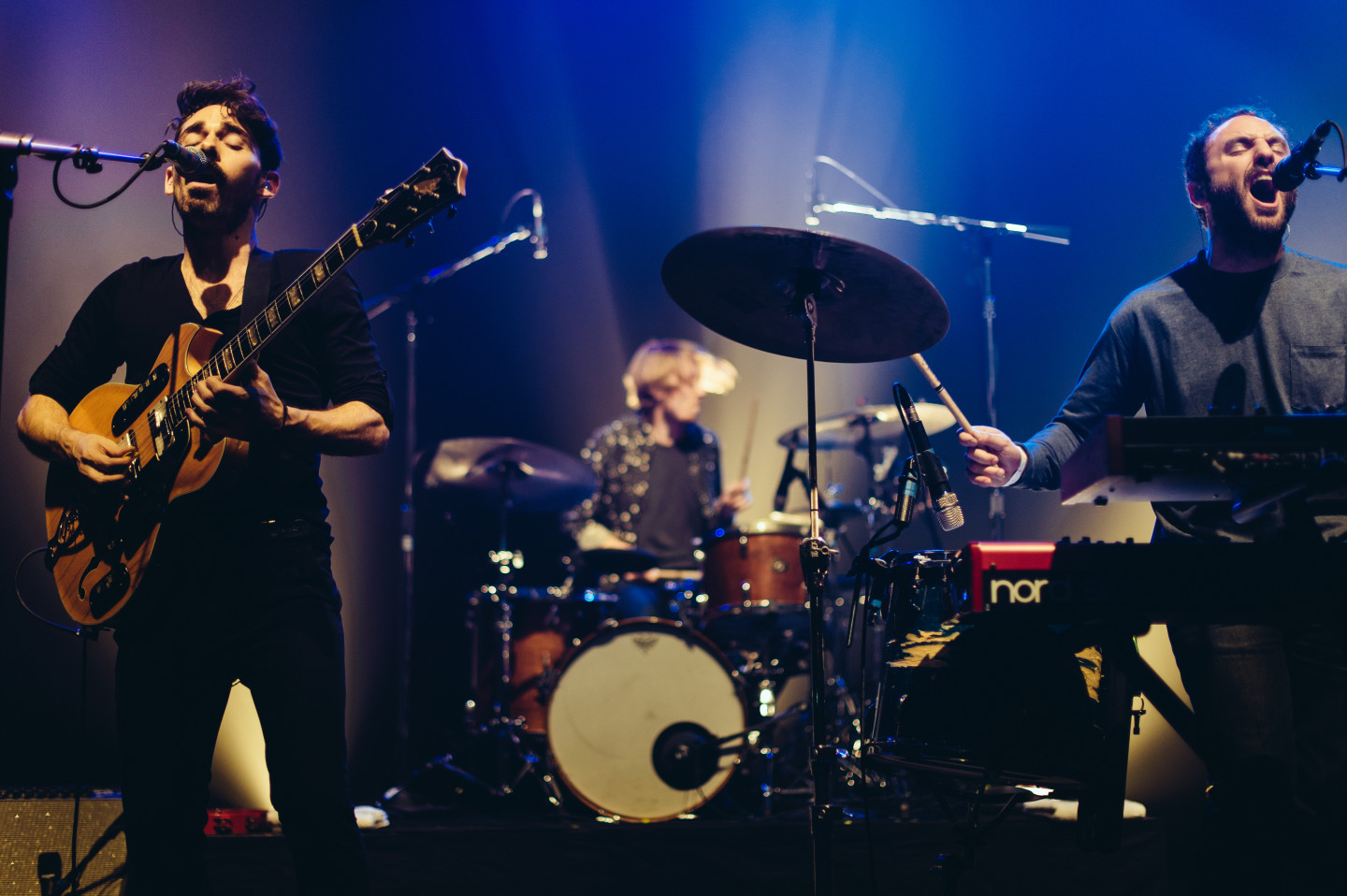 A Vic Virgin. That’s what I was when I arrived to see Local Natives. I’m no stranger to live music but having relocated to Chicago recently from Charlotte, N.C. I’m just now getting into the scene and the incredible venues in Chicago. I leave every show and venue wanting more, more, more.

Opener Superhumanoid was halfway into their set when I stepped inside The Vic. As one who started developing my music tastes in the late ’80s I was digging it. Also, I’m filing Sarah Chernoff in the Girlcrush file with Ritzy Bryan of the Joy Formidable, Alexis Kraus of Sleigh Bells and Jenny Lewis from Rilo Kiley. All are talented female musicians with commanding stage presences in various genres who can seriously sing and rock a crowd. I ate up every croon and beat of this set and the crowd did too.

Local Natives took the stage shortly after and together with the crowd I spent the next hour grateful to be experiencing them live. My only question—where was their stage set? Did I miss where this was called the “Minimalist Tour”? Basically these guys showed up with themselves, their mics and instruments. No strategically placed rugs, lights, props or “Hey we’re Local Natives here’s a big image of our album cover hanging behind us to tell you such” … instead it was like they invited us over to their parents garage to play for everyone.

Two songs in, a Happy Birthday serenade from the crowd to Ryan Hahn and their live (the Youtube video does not do it justice) cover of the Talking Heads “Warning Signs” really put a stamp on the evening. This show wasn’t just special for the fans, it was a special evening for the band as well.

Soulful, raspy voices like that of Kelcey Ayers really do it for me. When paired with rhythmic guitars and rock beats I can easily be confused for a swooning teenager at a wildly popular pop-artist concert. Ayers’ voice harmonizes perfectly with band mates Taylor and Ryan all while playing keys, guitar, a high hat and snare practically simultaneously.

Local Natives played their first Chicago show approximately 4 years ago with only six people in attendance to which point Ryan expressed immense gratitude to the crowd for The Vic’s sold out show.

It was a beautiful evening of karaoke, with fans of all shapes, sizes and ages joining in.