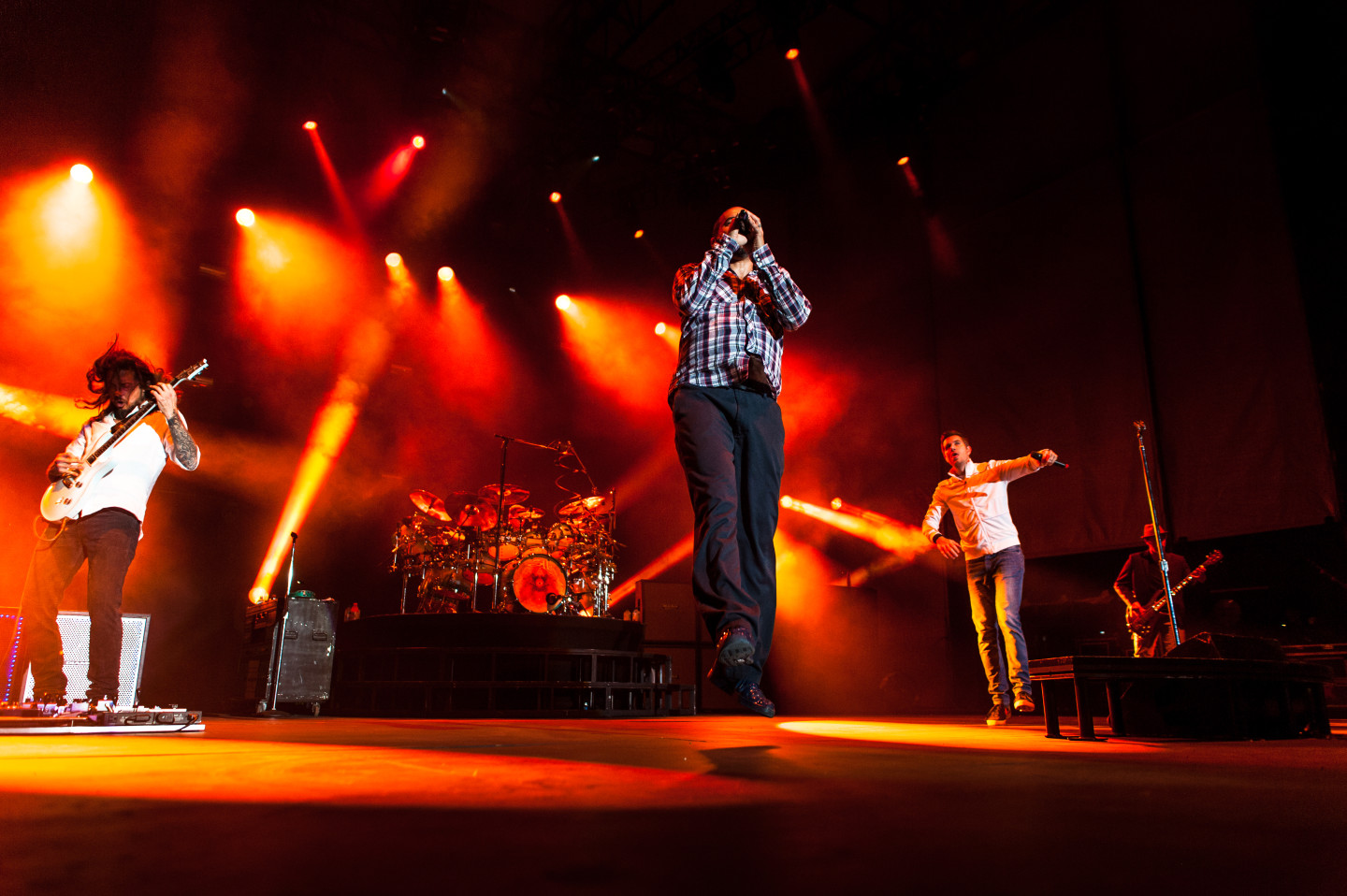 Dissecting 311 results in a rock, metal, rap, reggae and funk jam session wrapped up by some dudes from middle America. Omaha, NE to be exact. God’s country. The Good Life. They are a special group. Their fan-base remains strong and for good reason. On Friday night, they showed us why.

311 is one of those rare acts that continues to stay on top of their game. They have released an absurd amount of music by today’s standards (10 albums). They have 2 lead singers jam off one another with ease. They have found a way to stay together ever since breaking into mainstream music. Oh, and their live set? RI-DIC. They came out firing. Red and yellow spotlights captured the city sky as the sun went down in Chicago. The house was packed as I took inventory of the venue, the ebs and flows of the crowd with every guitar riff. Nick Hexum and Doug “SA” Martinez traded off verses like a relay race, all while rocking flannel and waving their hands in the air. They utilized every available space on the stage running from side to side. It was the ultimate sing-along soundtrack with classics like “All Mixed Up” and “Amber.” Even co-headlining this tour with the young cult following of Slightly Stoopid, it was an older crowd out for the show. A real following. Real fans.

Even after 20 years of music they find a way to stand out. Whether its Chad Sexton’s drum solo—dope—or the stand up 4-man drum performance, 311 still comes ORIGINAL.