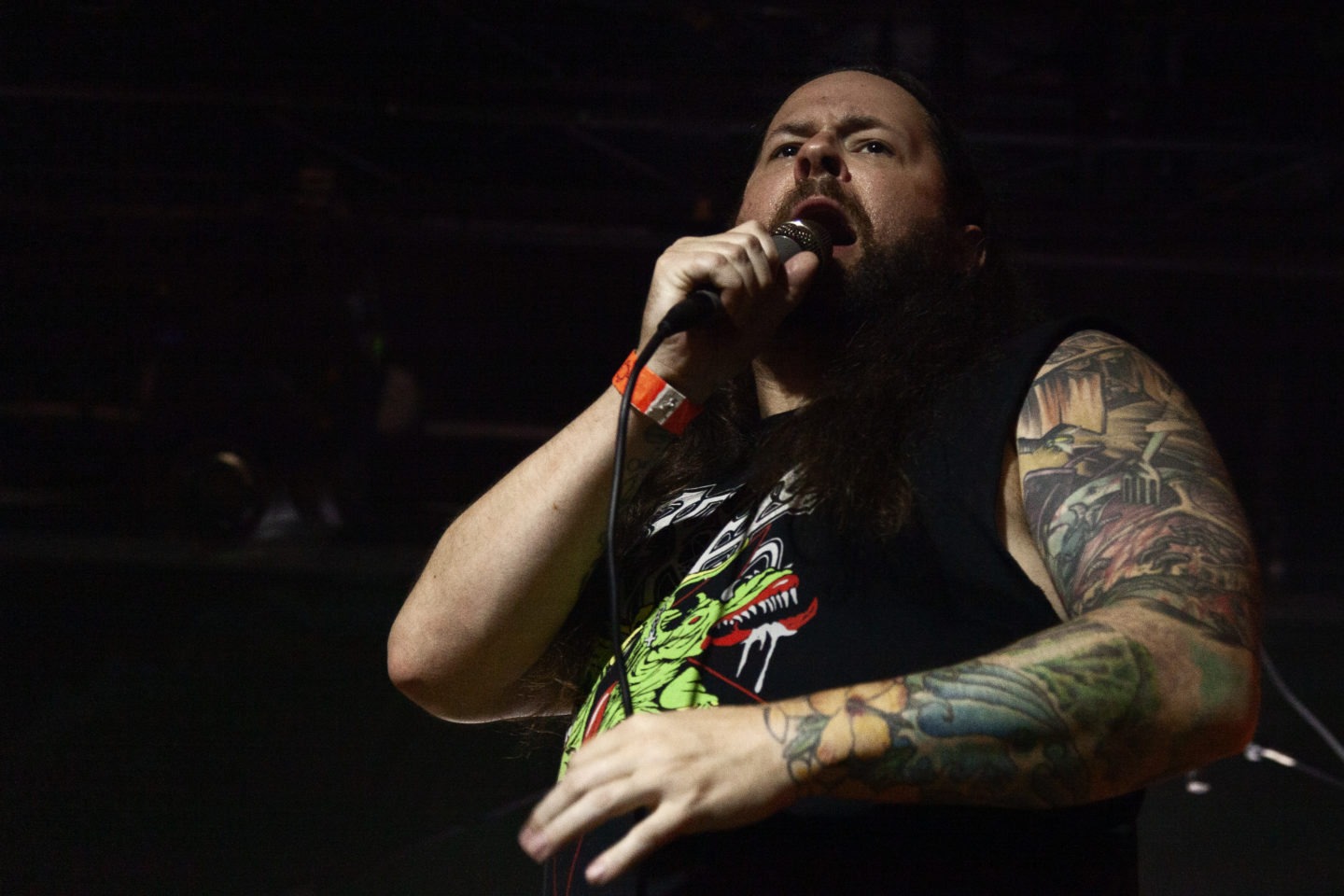 Kicking off their first tour since the Covid-19 Pandemic, The Black Dahlia Murder stopped by Concord Music Hall on the north side of Chicago last Friday to play some truly earth-shaking metal. This tour, entitled the “Up From the Sewer Tour,” extends across the United States and will continue through the middle of October. They are supported by After the Burial, Carnifex, Rivers of Nihil, and Undeath – creating a truly cataclysmic death metal experience.

The Black Dahlia Murder is promoting their newest album Verminous, which was released in 2020. The band is celebrating their 20th anniversary this year, and throughout all of that time, they continue to be increasingly powerful, brutal, and unique. Verminous, their ninth studio album, is no exception to this.

Friday’s show was completely sold out, a testament to the tiresome, concert-less year and a half that we have had. And as a result, there was an immense amount of built up tension that was released, both from the artists and the crowd. For many people, it was the first show after the pandemic, and that was true for the artists as well. Front man Trevor Strnad spoke to the tremendous anticipation that built at the onset of this tour. And this anticipation was absolutely felt within the crowd. It has been years since I have been to a metal show that had such palpable energy. It was completely brutal, dizzying, and chaotic, in the absolute best ways possible. I have seen The Black Dahlia Murder three other times before this, at three other venues, and never has it been this engaging and energetic. I fully believe that they will be able to take great advantage of this intensity to push themselves further.