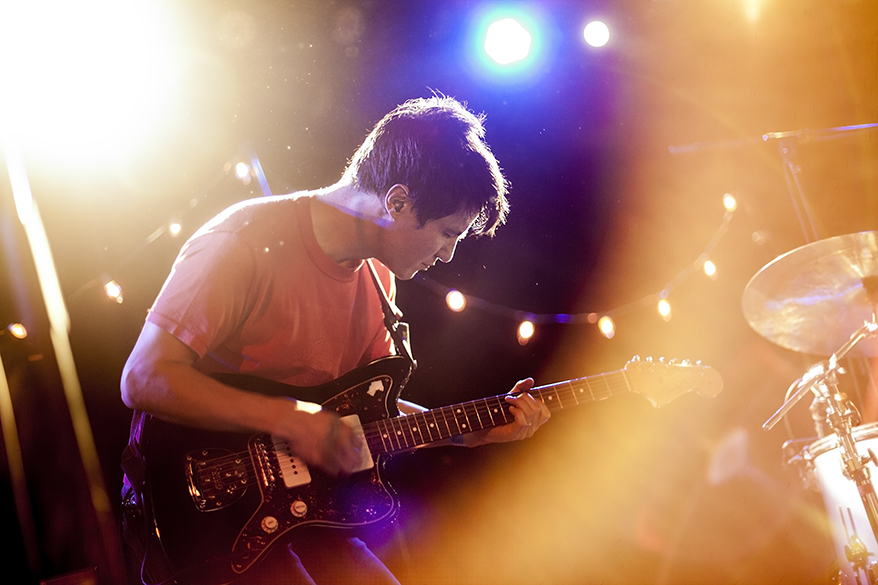 This two piece band has truly crafted the art of making a ridiculous amount of noise for being, well, a two piece band. I will preface this by saying that I have listened to these guys since their 2008 album, Visiter, without knowing that they were just that– two dudes. Seven years later and now just seeing them after the release of their newest album, Individ– their sound has evolved to be much richer and a bit darker.

Long (guitar), with his colorful array of pedals, had quite an eclectic assortment of strumming patterns and keys– occasionally oscillating and reversing chords between verses. Kroeber (drums) perfectly matched Long’s guitar quirks with his own uniquely syncopated rhythms to drive songs with his own ferocious cadences. Together, they made an intense cognitive sound.

I couldn’t tell who was in the driver’s seat at times, which was quite refreshing. They shared the wheel while me and the rest of the audience were sitting in the backseat. We were going fast, but they used the brakes responsibly. These guys were great.