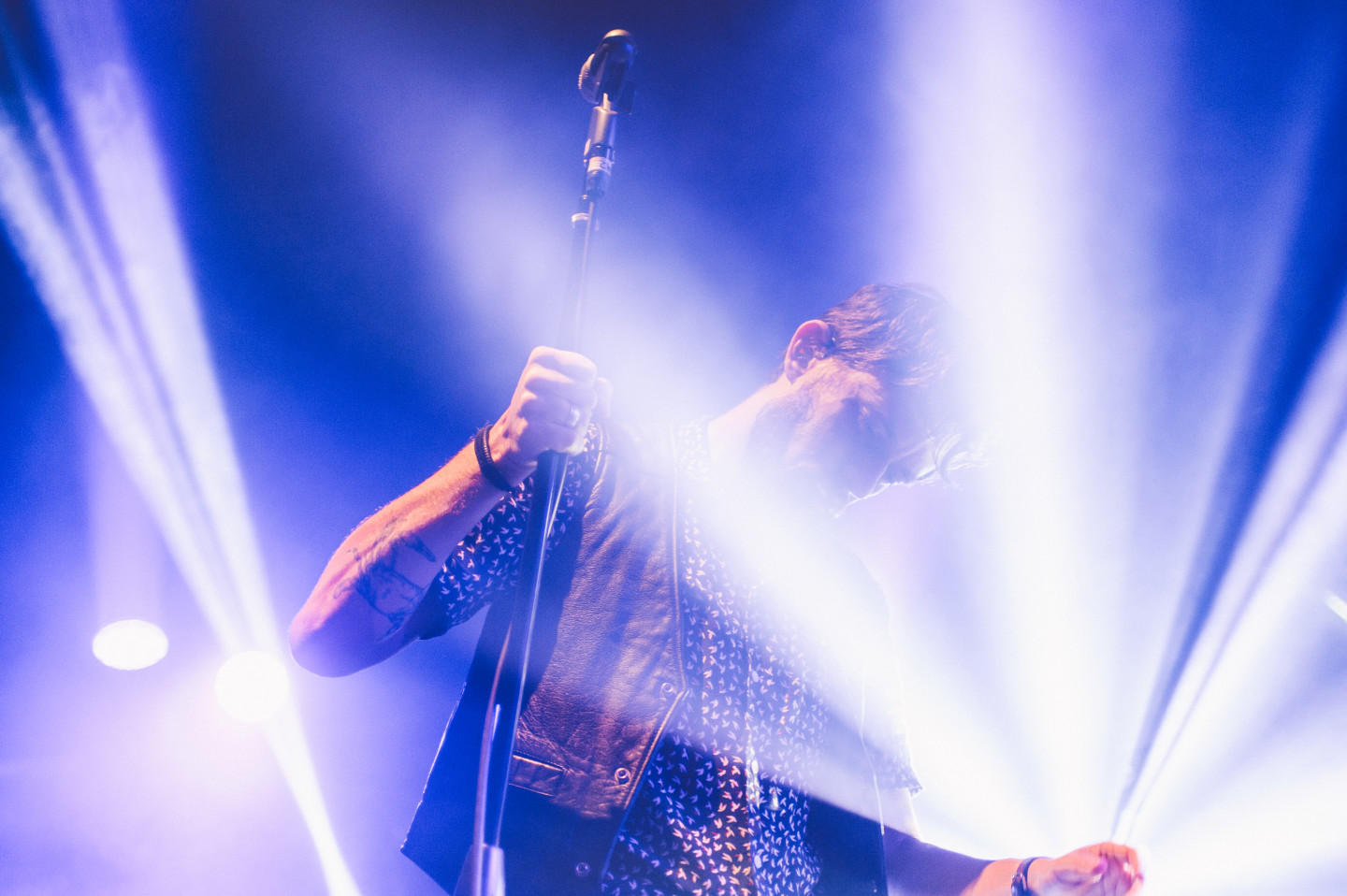 Mirror, mirror… On the floor, and the ceiling, and of course the wall… who has the coolest light show of them all? It’s YEASAYER. Imagine spotlights as strong as the bat symbol with mirrors in all directions. Seriously, it was blinding. Couple that with their electro/psychedelic-pop sound, Yeasayer is the reason Brooklyn is cool.

There is something that is truly hypnotizing about their set. Chris Keating can hit a high note and HOLD IT. Their use of echos were on target. The drums were crisp. Every stroke on the keys just popped. Its was beautiful. Intellectual Pop at its best. The lead guitarist harmonize as well as anyone I’ve ever seen. The bass strummed his guitar, shook his tambourine and sang. At the same time. That’s talent. I could imagine these guys throwing down a mad DJ set. Not like everyone else does, but a GOOD one (like James Murphy, Hot Chip or Cut Copy). The light technician deserves mad props too. The kaleidoscope show he put on was remarkable. The mirrors in the back drop looked like a TV’s with seams and sutures splitting them apart. Towards the back of the venue, first floor, the re-verb was noticeable… but it worked. It didn’t take away from the act. It added to it. The bass was loud. They even sent the kids home happy with the ultimate sing-along hook to “Ambling Amp.” Man, I love seeing a concert at The Vic.

Moving around the crowd was easy too. These people were veterans, they acted like they’ve been here before. The band gave shout outs to Chicago, as two of the band members use to live in Lincoln Park. Even a small shout out (or jab) to Gary, IN. A show like this makes you want to go home and download their whole catalog and listen to it until your iPhone breaks.