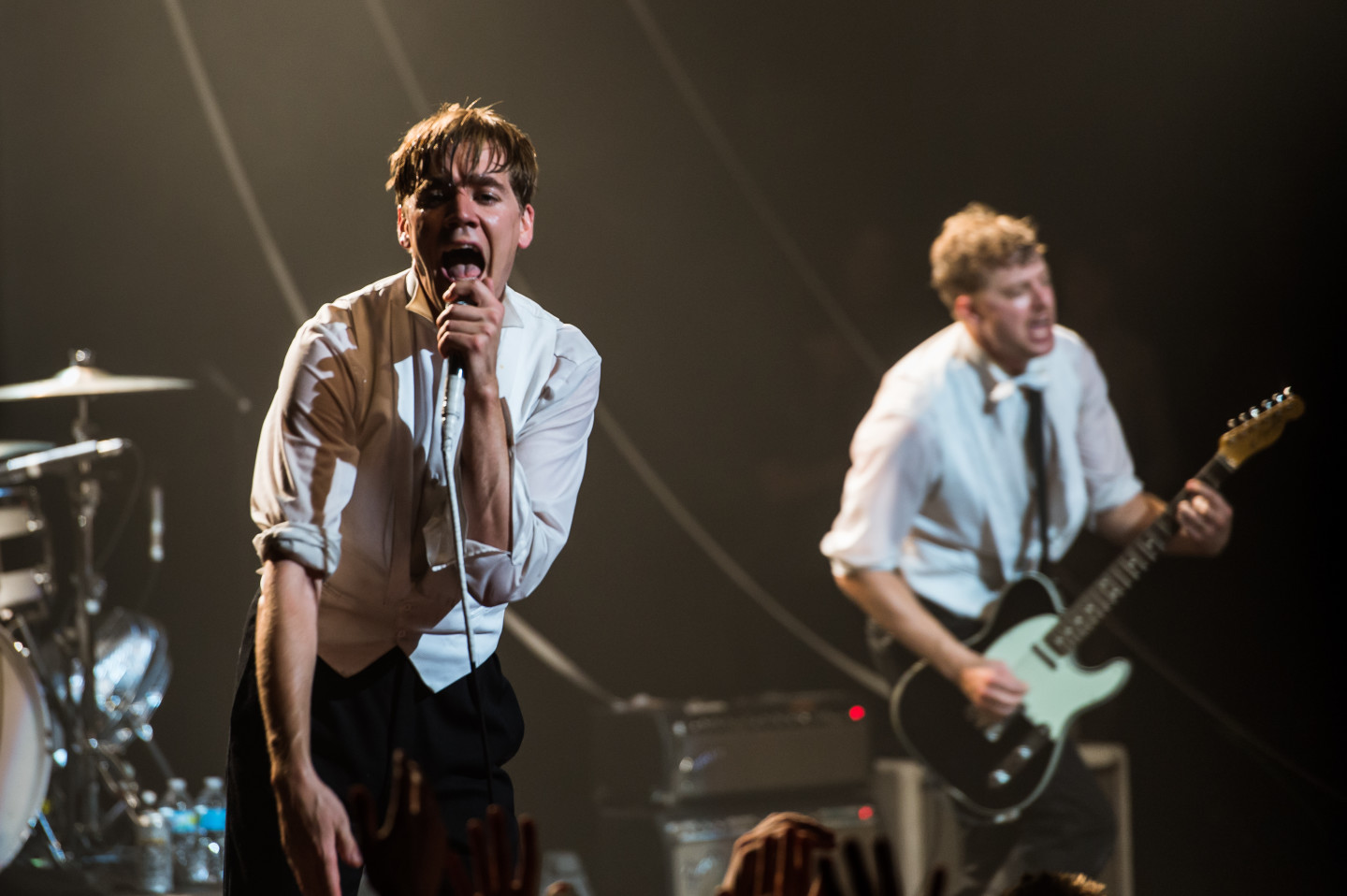 There’s something ominous about the prospect of seeing a band like The Hives live. On one hand, they’re The fucking Hives. On the other, all the other “the” bands that they came up in the school of hard rocks with are really nothing more than an afterthought to be revisited on Spotify when your need for nostalgia overpowers people potentially calling you and/or whatever track Butch Walker just produced. Can The Hives really deliver the same way they did ten years ago when the so-called “garage rock revival” was de rigueur? Yes, yes they can.

In the spirit of honesty, it’s worth mentioning that, prior to this evening, I had never seen Howlin’ Pelle Almqvist dominate a stage, or Nicholaus Arson practice rock gymnastics in front of a crowd. For years I was stuck in the same boat as everyone else—listening to my favorite tracks on repeat for a few years while I waited for them to tour in support of another album. Lex Hives happened and it was time to find out if my [Your] New Favourite Band was the same band I desperately wanted them to be ever since I heard “Walk Idiot Walk” for the first time. They’re not. They’re better.

There’s no mistaking the fact that The Hives are garage rock to the core, and they make no apologies about it. Howlin’ Pelle Almqvist tells ridiculously corny jokes on stage. From what I’m told, they’re all recycled, but they’re mildly amusing the first time. There are fifteen songs crammed into ten minutes. The tuxedos are still out in full force until they get sweat through. They sound the same live as they do on the track, but your speakers can’t go anywhere near loud enough to make it sound this good. The Hives don’t have a stage show; they have a full-contact stage spectacle filled with crowd-surfing, bottle-dropkicking, ninjas, puppetmasters, a peanut gallery, microphone slinging and competitive yelling.

Whatever you think would happen seeing The Hives live barely begins to scratch the surface of what actually did. The next time you want a taste of what Sweden has to offer, skip the IKEA meatballs and head straight to The Hives concert. If you don’t have a good time, I’ll assemble your furniture. Yeah, it’s that good.

Allah-Las at The Vic Theatre