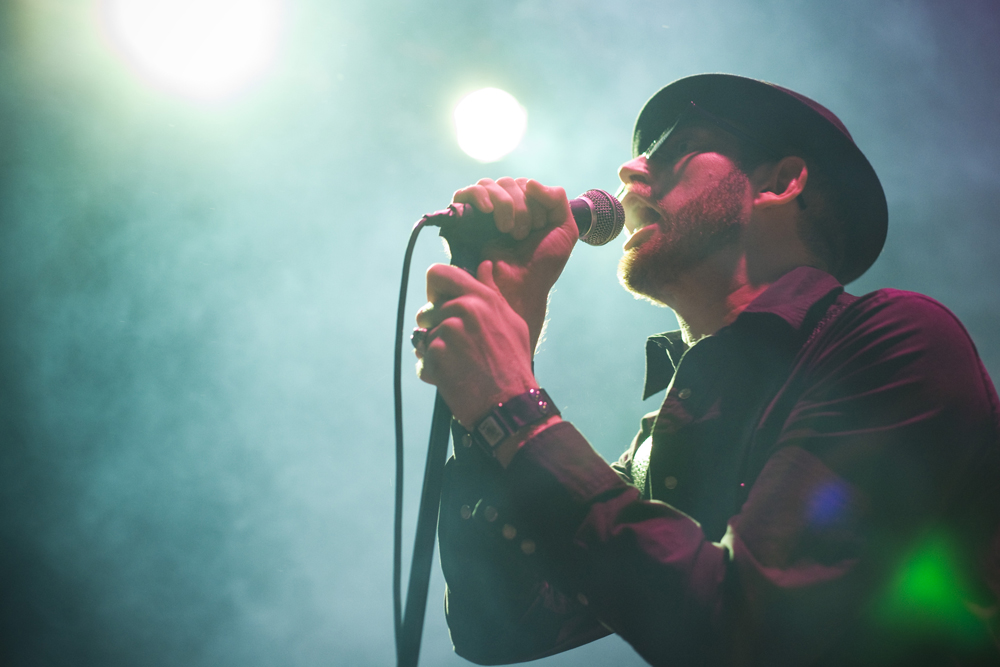 The Inconvenience presents A Little Bit Louder Now IV: Serengeti + Advance Base, The Streets on Fire

The Inconvenience Presents A Little Bit Louder Now IV! was a night of DJs and Emcees, too tight t-shirts and backflips. A night fueled by shots of Jameson and cans of PBR, British accents and deafening screams. In short, it was one hell of a party. But before we get into that, a word about our sponsors.

The Inconvenience is a traveling multidisciplinary menagerie focused on one thing – throwing over the top, ridiculous, inconvenient and – at times – bat shit crazy parties, plays and performance. The Inconvenience Presents A Little Bit Louder Now focuses specifically on performances from some of the best artists (many from Chicago) that you may or may not have heard of. The rotating cast of musical characters allows Inconvenience to consistently throw parties that get a little bit louder now every time they happen, without getting stale because everyone has seen the artist fifteen times in the past month.

Based out of the slightly dirty, not exactly high class Viaduct Theater, the entertainment runs until last call or cops. At the end of evening (presumably after quite a few $5 shot and a beer combos and a significant amount of dancing), you’ll be so completely consumed with the experience that the only thing you’ll want to do is take a shower – then start counting the days until the next one. But I digress.

This particular iteration of A Little Bit Louder Now (IV for those of you that are keeping track) featured The Embraceables, Serengeti + Advance Base, The Streets on Fire and special guest Motel Motel, two of which we had the chance to get up close and personal with in the form of pictures and words.

Enlisting the help of DJ Owen Ashworth (of Casiotone For The Painfully Alone fame) as Advance Base, local rapper Serengeti and his new partner in crime crafted a perfectly layered sonic cake of rhymes, beats, rhythms and words that could be enjoyed even without delving deeper into Serengeti’s extremely poignant lyrics. After some unfortunate technical difficulties, The Streets on Fire stumbled onto the stage.

The down and dirty, lo-fi, garage rock sort of atmosphere of The Streets on Fire make them an almost perfect musical embodiment of everything we love about the Viaduct Theater, so it was only fitting that they “headline” a show there. Though the set was punctuated at a few points by lead singer Chadwick crossing the line from front man to straight up asshole, a certain amount of that is endearing and shouldn’t ruin your impression of the band. The simple fact of the matter is that – even with occasional fake British accent slip – he dances and struts around the stage leading a new wave punk dance party that all the kids seem to love. When coupled with the gritty, raw musical emotion and talent that everyone else in the band brings to the party, it’s painfully clear that this is the essence of rock n’ roll and you have to take the over the top antics with everything else.

All things considered, it wasn’t a little bit louder now – it was a whole helluva lot louder now. That isn’t a bad thing when you get to ignore the standard pomp and circumstance of a big venue show and cut right through the bullshit to the good time. Well done Inconvenience, well done.

The Streets on Fire