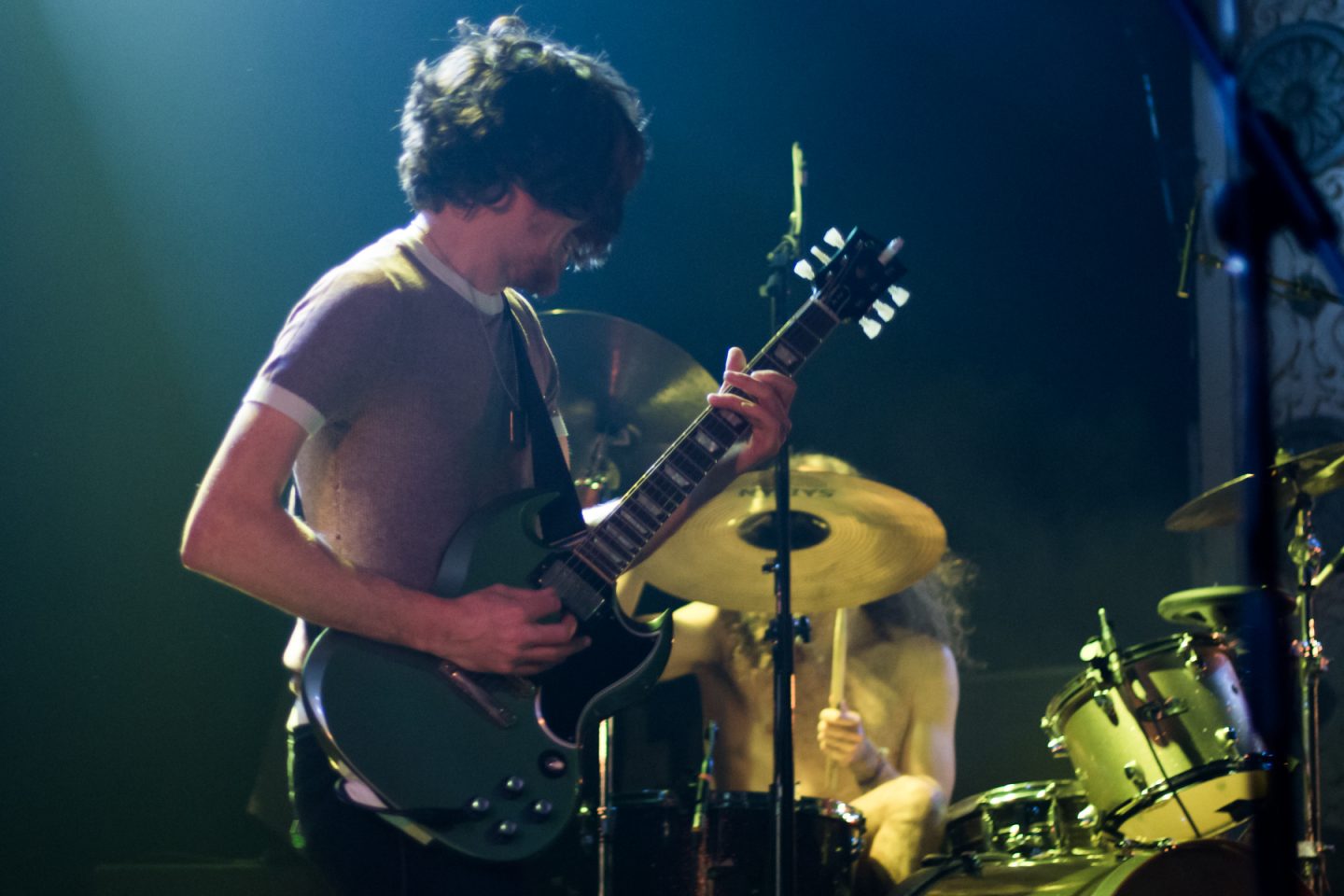 Getting Eric Owen on the phone is no easy feat these days. But then again, why would it be? Owen is the drummer for the two-piece Austin outfit Black Pistol Fire and, along with lead singer/guitarist Kevin McKeown, the duo have been plenty busy as of late. “This is our first day off. No show, just driving,” he tells me after several weeks of emails and phone tag. Currently, Black Pistol is out on tour across the states and Canada, so finding a moment to do anything must be difficult.

The life of a touring band is hard work but, if you know anything about Black Pistol Fire, you know they’ve been at this for some time now. “We’ve known each other since Kindergarten, believe it or not. We started out in high school, playing all kinds of covers, very badly. I mean, Weezer covers, Oasis covers, Nirvana covers, we tried ‘Stairway to Heaven’ once, but it was a complete disaster.” No matter how many times a band inevitably ruins a Zeppelin hit, they got to keep working and that’s just what Black Pistol has done.

Originally from Toronto, Black Pistol really began with the move to Austin. “Both are great cities. Austin is much smaller, much more affordable and has a much bigger indie scene.” It was this independent scene that embraced Black Pistol upon their arrival. “Right away really, in the first year and a half, we had support from a local radio station and a weekly alt-magazine and it helped get a little credibility for us real early on.” That credibility led to better shows, the better shows led to more fans, more fans led to more recording, then more touring, and then more and more and more. Their timeline is every Zeppelin cover band’s dream.

In fact, since 2012, they’ve accomplished what most bands can’t even imagine. They’ve toured North America and Europe. They’ve recorded five LPs and numerous EPs, not to mention their four new singles out this year. They’ve hit the festival circuit with stops at SXSW, Bonnaroo, and Lollapalooza. And, oh yeah, their music has been featured on several television shows and even a Super Bowl ad. You don’t just record five albums and tour the world on a whim so it’s safe to say this is a labor-intensive band. Whether they are in the studio or on the stage, Owen and McKeown are not afraid to do the work and look no further than their live show for all the evidence you need.

Much to their credit, they’ve made a Black Pistol Fire live show a fully weaponized rock’n’roll set. Owens’ kit sits up big, stage left atop a few risers, allowing him to hit everyone in the audience all at once. His positioning allows ample space for McKeown to operate and he needs all the room he can get. Once on stage, McKeown is in attack-mode. He attacks his guitar, the mic, and the audience with such gusto and spontaneity not even the sound guy is safe. You can see Owen behind his drums, pounding away while trying to track his bandmate’s movements, just to keep up. They never miss a moment though as their chemistry and teamwork are undeniable. “I think it’s just having fun with it. It is tough work but right from the get-go, the music brings something over you and that’s how you play no matter what.” The blues-inspired, garage-band genre has long been the backbone of rock’n’roll and it’s front and center at a Black Pistol show.

With such a live show, you’re bound to perk a few ears. The next thing you know, you’re playing festivals: “I think the first big festival we did was Bonnaroo and we were just there a few years prior. As fans. It became a goal of ours to perform at one of these, you know, music Meccas and reach that many people. And to actually do it was very special.”

And featured on the soundtracks of television reboots: “We didn’t think or know it was even going to be a thing. Then, we got a call saying that our song was going to be on 90210. And we would get paid for it. We thought, ‘Wow, well this is amazing.’ It just kinda happened. So, we began working with other people for more of those opportunities.”

Of course, festival gigs and television spots are not the ultimate goal for Black Pistol, only a part of the job. In spite of their fat resume, they actually fly low on the national radar so there is still room to grow. Sure, they can headline sold-out club gigs and produce new music at an intimidating clip, but there is still more work to be done to reach more people. Black Pistol Fire is still on their come-up so they’ll continue to tour and they’ll continue to record, instruments and lunchpails in hand. “You have to keep going and have momentum and just not stop. That’s what we have to do to stay current. To stay ahead of this thing.”

Be sure to catch Black Pistol Fire the next time you can. You can also check out our review of a recent show at Chicago’s Metro HERE.