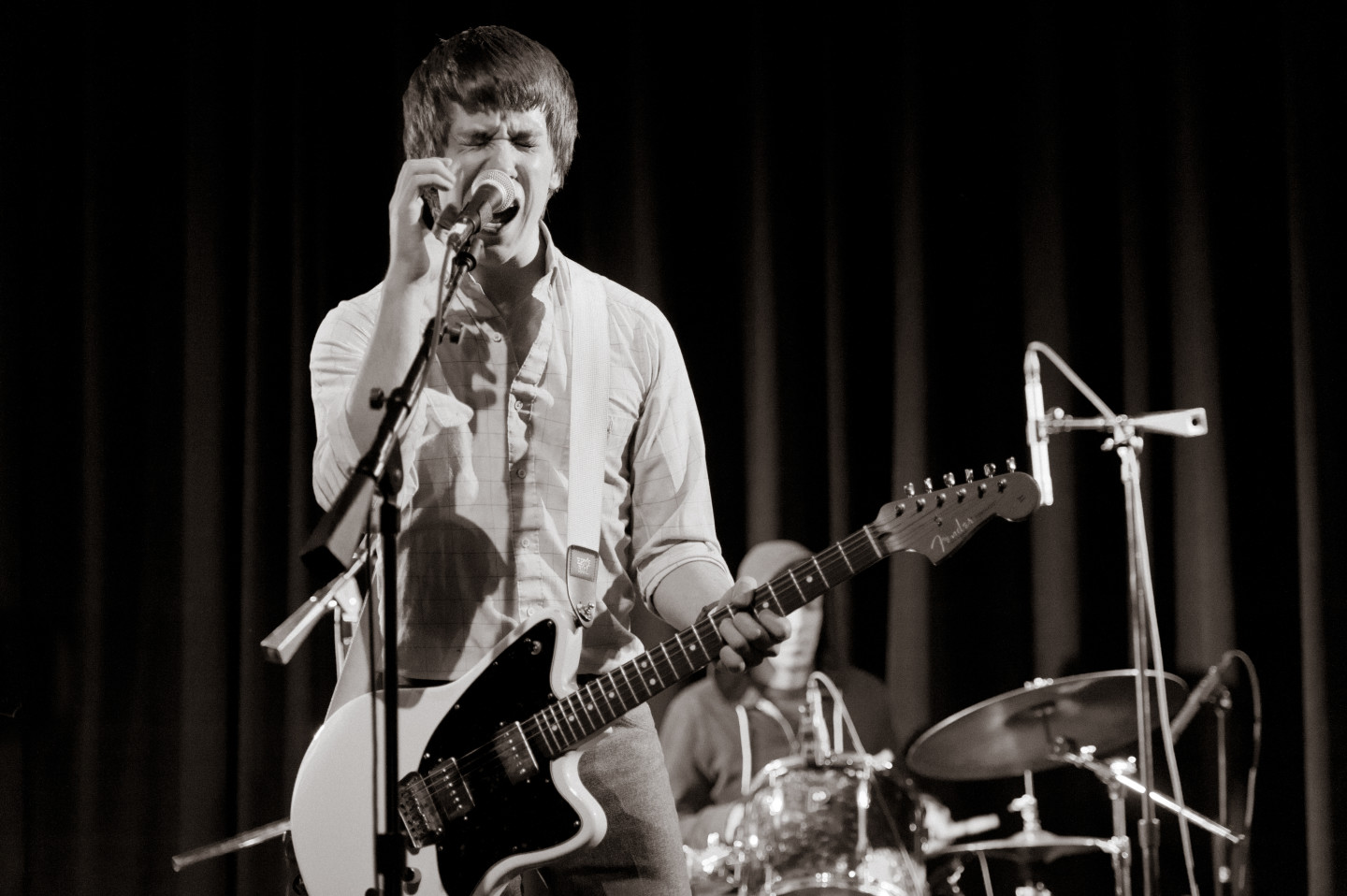 Combine Mitch Hedberg and Napoleon Dynamite then give it a can of Red Bull and watch what happens. The ridiculous scene transpiring in your head right now is only marginally as awesome as what it’s like to see The Kickback live.

Live, they’re the best bits of every alternative band you ever listened to when you were growing up (assuming you were born some time in the 80s). Songs can have the stereotypically alternative style that drops from full on jam session to intimate conversation with lead singer and acoustic guitar then closes out with a guitar solo that can really only be described as shredding. They take those familiar formulas and start doing their own abstract musical math with saucier cadences, a much more energetic stage show and just enough electronics and twang to keep it interesting without being overwhelming. The end product that gets delightfully pounded into your brain is a mix of indelible hooks and catchy beats that you’ll be singing and/or humming for the rest of the day.

The true magic of The Kickback is that they do all of this while making it look completely effortless. It doesn’t seem like it’s something they spent years developing (even though they did); it seems like they were all just born with this innate talent. I’ve been to good shows, and I’ve been to great shows. I’ve been disappointed at shows and completely blown away at shows. But I can honestly say that I’ve never been as shocked and awed by a band I’d never heard of as I was by The Kickback. If you can find a band that can switch between a lilting two-part vocal cadence, a guitar solo and also find the time to inquire about cryogenic freezing (seriously.) without missing a beat, let me know. Up until I saw The Kickback I wasn’t sure a band this simultaneously talented and entertaining existed. I guess what I’m saying is, The Kickback is like getting rick-rolled by every awesome alternative band ever, but better… and with comedic support.