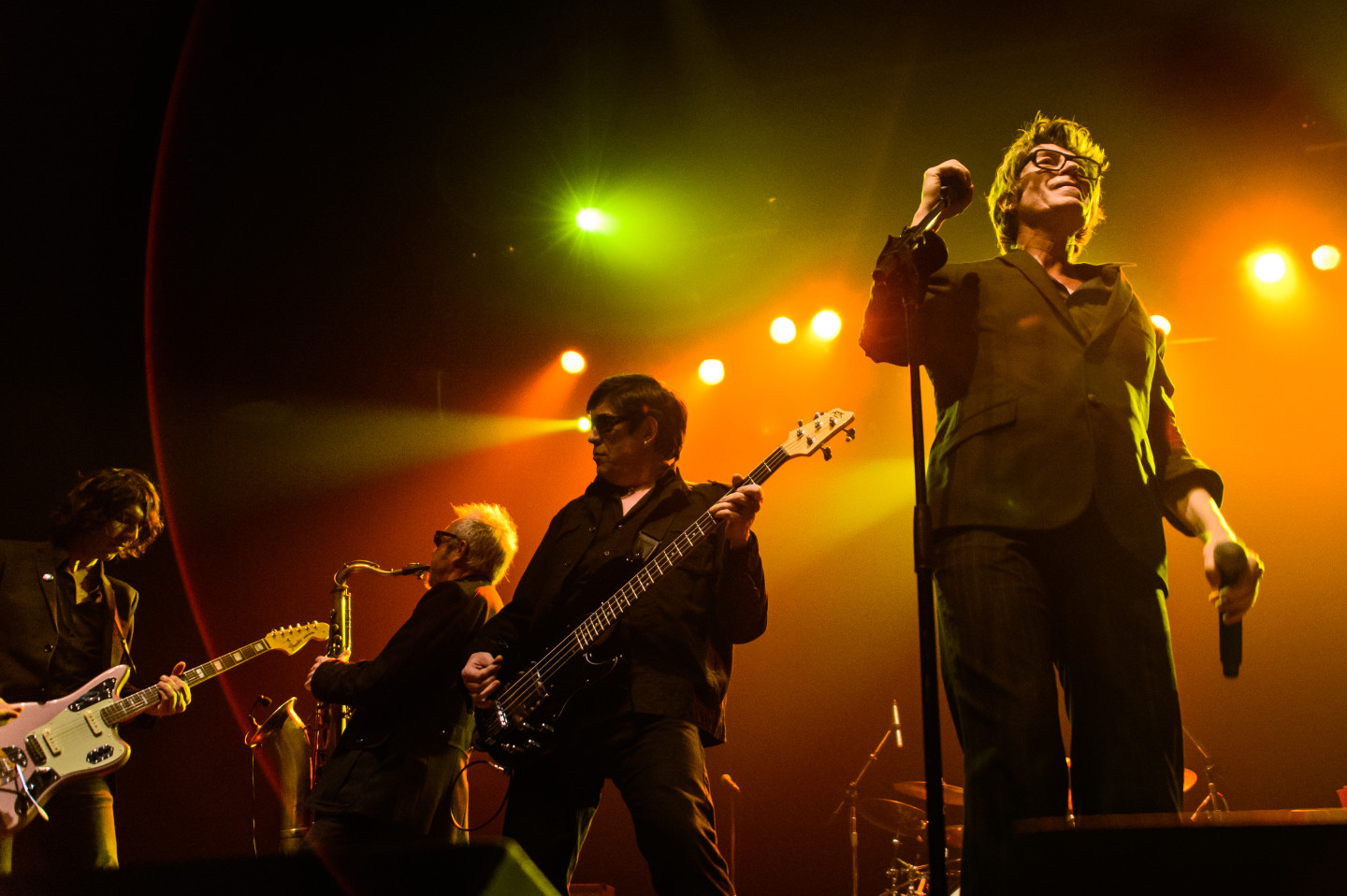 The very second that The Psychedelic Furs took the stage at The Vic, things got weird. I’m not sure there’s a better adjective to describe the sight of six fully-grown adults taking a stage, dressed in black suits from head to toe, sounding like a mix between The Talking Heads and a third-wave ska band. Oh, also – they’re all roughly in their 50s. So, yeah – it was “weird.” But it was also awesome.

Richard Butler (vocals) and brother Tim (bass) appeared to have barely skipped a beat since the band began performing live in 1977. Tim donned sunglasses like a boss – or rather, like THE Boss – for the entirety of the band’s set. Richard didn’t lack for on-stage confidence for even a moment. And the sax man – that sexy sax man (so to speak) – well he just killed it all freakin’ night.

I missed the boat with these guys when I was younger. As a millennial, perhaps I was always doomed to this fate. I mean, I’ve heard “Pretty in Pink” before (and yes, they did play it), but that’s about all I knew heading into this show. Consider me a convert. Better late than never?

The Psychedelic Furs dropped swagger on stage like it coursed through their arthritic veins (that’s a joke, they’re not THAT old). But I’m talking about swagger before swagger was swagger. Not clear enough? How about this: imagine spending an hour and a half with a band that emanates nothing but the unadulterated joy and confidence that only comes with an infallible love for live musical performance after thirty years of experience. These guys are the definition of “professional,” just without any of the associated sterility. I caught a little bit of the Red Hot Chili Peppers at Lollapalooza this year. They still rock, but it felt rehearsed and mechanical. The Furs felt like they were stepping on an American stage for the first time as innocent, young British stars.

In other words, it was a goddamn pleasure to watch this band do their thing. From the first exalted chorus (“Bang Bang, Bye Bye”) to the celebrated and outrageous encore featuring solo after glorious solo (sax, keys, guitar – you name it), these guys demonstrated all of the youthful energy and edge that made this British pop-punk band one to watch since way back when. History may have swept them under the rug a bit, but I saw a band with the tenor of The Talking Heads, the stage presence of Bruce Springsteen, and the demonstrable wisdom of Neil Young.

That’s not to say the songwriting is on par with these legends. But they know it, so they play to their strengths: energy, energy, and some more energy (and then some more saxophone). If you get a chance to see these guys on their reunion tour, trust me: this is a time warp worth taking.