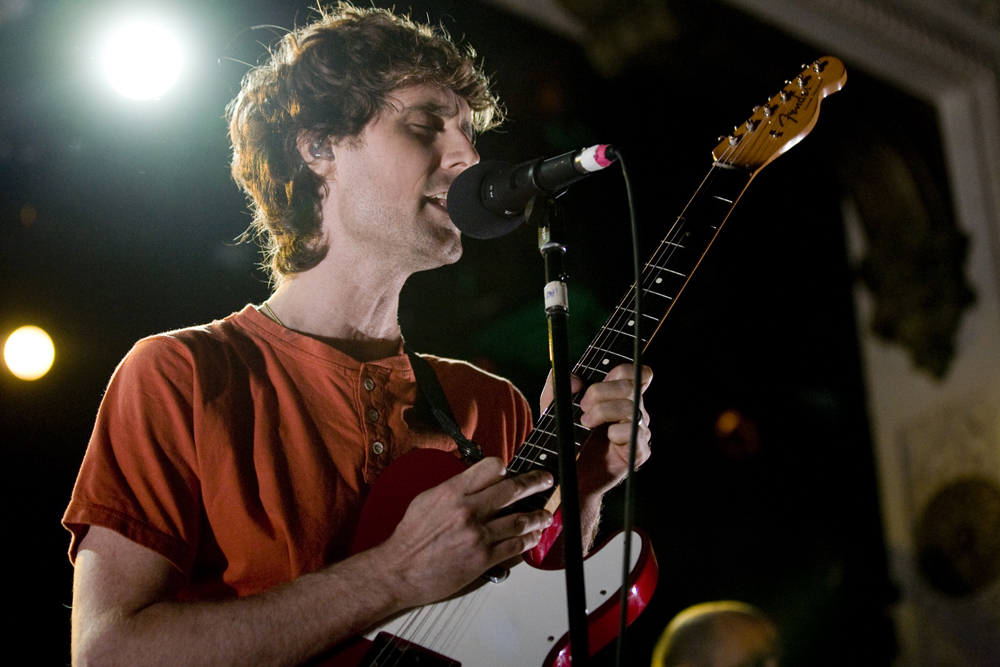 The Rapture at Metro

The Rapture is a band that has what appears to be a pretty dynamite sound, but the on-again, off-again, on-again relationship of the musicians to each other and the band itself put the breaks on what should have been a stratospheric rise to the arena circuit. They might be playing the part of the hare in the dance-punk race to top, but they’re doing a helluva job making up for lost time.

From the beginning, they made it clear that this show was going to eschew all the stereotypical “we’re back” nonsense to focus on the music and having a good time. No one was in a suit. There were no ridiculous light shows to overshadow the music. There were four guys in the standard uniform of t-shirt and jeans, on a stage flanked by additional speakers.

When Luke Jenner opened his mouth and delivered his first shaky, Beck-esque note the audience went crazy. When Gabriel “Kenny G” Andruzzi started blowing, the party picked up even more. The dance fever in the crowd reached critical mass during “House of Jealous Lovers,” but Andruzzi had the only prescription – enough violent cowbell to whip even The Bruce Dickinson into a frenzy.

What we were left with was a show that was just as much a return to glory as it was a dance party you didn’t need acid to enjoy. Would The Rapture be ruling the world if there wasn’t any conflict over the past five years? Who knows. What I can tell you is that if The Rapture didn’t happen at Metro, five hundred more people would have been able to walk on Thursday. Truthfully, the show was so good I would happily trade my ability to walk for a day to see the show again, and I’m not just saying that because I have a sneaking suspicion the cowbell would cure my ailment.

The Faint at Metro