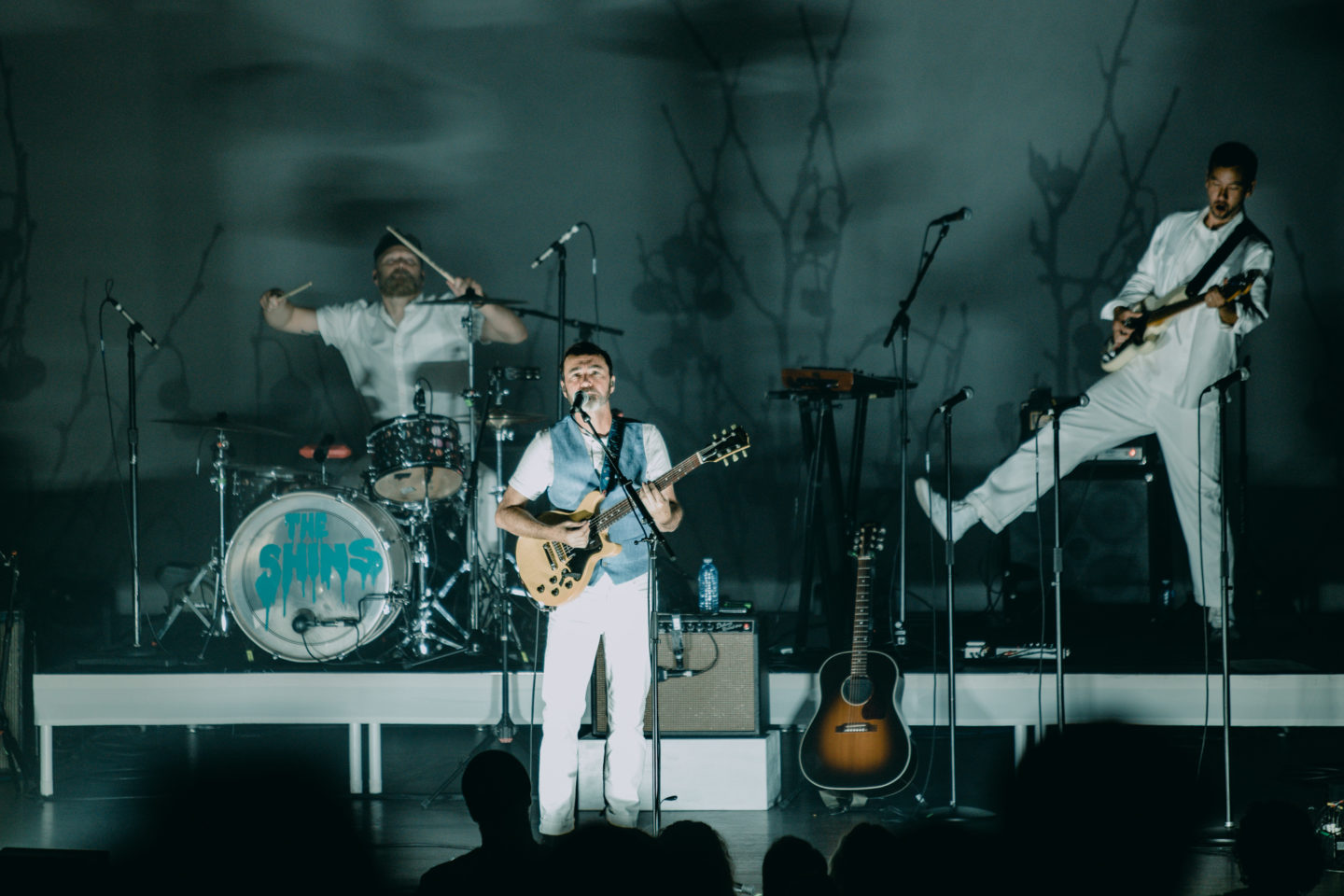 The Shins at Queen Elizabeth Theatre

There are some bands that you can feel their influence on their fans, just in being around them. The Shins are such a band. There is a sort of reverence that permeates the venue when they play, especially for an album that has now crossed the decade threshold. The instant they started album opener Caring is Creepy the whole crowd of Queen Elizabeth Theatre was on their feet. Though all tickets were seated you wouldn’t have known because the crowd devotedly stood throughout the entire show.

The first half of the show was an album play-through of 2001’s Oh, Inverted World. This gave a chance for all the dedicated fans to hear the deep cuts from the album that surely do not get the play they deserve in their six-album repertoire. In listening to these songs it is hard not to hear the influences of historic rock like The Beatles, especially in their harmonies, but also a blueprint for what surely proceeded in the indie-rock world through the aughts.

Despite Oh, Inverted World’s ability to drink in the USA, it still rings through the theatre as fresh as ever. This is thanks to the keen abilities of all the current members. Mark Watrous adds texture to all songs throughout the evening and just the right amount of shred to keep things interesting. Patti King hops from instrument to instrument with ease and grace. Her riffs on the synth always add to the overall emotion of the song. Jon Sortland’s drumming is a wonderfully intricate dance that supports the song. It never distracts but is never content with holding a standard beat. Yuuki Matthews lays down a supportive bass that is always moving and filling out the sound with his smooth low end.  Throw in James Mercer’s impeccable songwriting talent and distinctive voice and it is easy to see why The Shins have been at the top of many music lovers’ lists.

As they wound up the rest of their debut album, the band selected songs throughout their discography to finish out the show. Each song was a little piece of poetry, that wrapped you up like a warm quilt. This was not a wild, lose your mind, concert, but rather an experience akin to gathering with your finest friends, in your nostalgic haunts. There is a calmness and a peace that permeates a space with The Shins and when your music comes from such an authentic place in the heart as Mercer’s songwriting, it shouldn’t feel any other way.