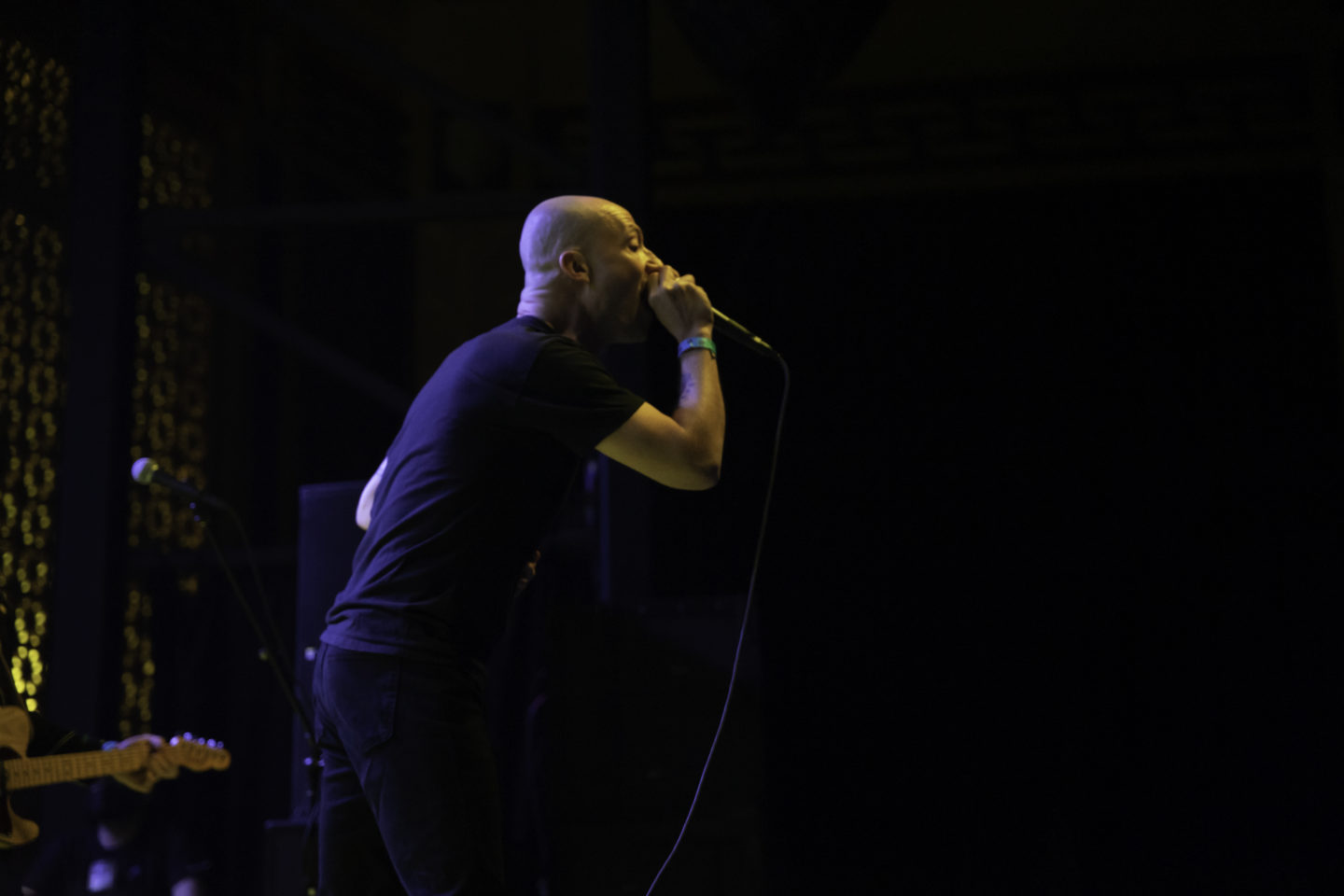 Touche Amore released their follow-up to 2016’s incredibly powerful Stage Four during the trainwreck of a year that was 2020. The appropriately titled Lament was met with critical praise, but the songs could not be seen live until some sort of normalcy returned. Fast forward to over a year after its release and Touche Amore would finally be able to play these songs live in Berkeley, California, on Tuesday night.

From the opening lines of “Come Heroine,” it almost appeared frontman Jeremy Bolm had been saving all that energy up over the past year to belt out these songs for crowds across the country on the Thrice tour. Judging by the reception of all the material played in their near 45-minute set, the crowd had been waiting for this day as well. The in-between song chatter was minimal as it wasn’t until after the third song Bolm introduced themselves and then it was right back into what people came to see. The band ripped into “Lament,” “New Halloween,” “Rapture,” and “Limelight,” with guitarist Nick Steinhardt providing the haunting background vocals to the latter.

With the opening act on this tour dropping off, Touche was able to stack their set with a couple older songs much to the delight of the energetic crowd.“Just Exist” and “Pathfinder” along with newer song “Feign” made their way onto the extended setlist.

Hinting at a return in spring of 2022, Touche closed out their set with crowd favorite, “Flowers and You” and ended with Parting the Sea Between Brightness and Me’s opening track “~.”Touche is a band you don’t want to miss live if they come remotely close to your town. The happiness and joy you see in Bolm’s face performing these songs live is contagious and seeing the merch line following their set, people left as happy as Bolm and Touche Amore to have live music back once again.

Dave Hause at The UC Theatre in Berkeley

Hause walked the stage with the confidence